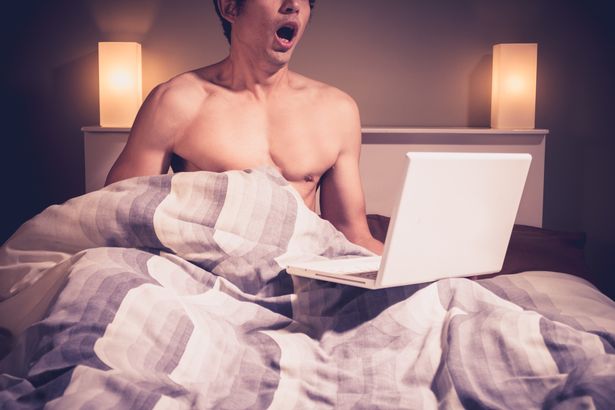 Nice guys might finish last, but for thousands of men, this simply isn’t an option thanks to the scourge of premature ejaculation.

The issue affects more than a third of all men, making it the most common male sexual dysfunction. For their partners, it can be disappointing. But for those who suffer this ‘quiet epidemic’, it can be downright humiliating.

However, help is at hand—literally. A new Bluetooth-powered device has been revealed which promises to end premature ejaculation once and for all.

The climax control gadget, called ‘Mor’, is designed to fit snugly between the testicles and anus in an area commonly known as ‘Biffin’s Bridge’ or simply ‘the taint’.

At the press of a button, it can zap a chap with gentle currents of electricity, eliminating the urge to finish quickly by interrupting signals from the brain.

For the long-suffering (or rather, short-suffering) partners of those affected, the device could be a gamechanger.

Thanks to its Bluetooth functionality, it can be controlled using a smartphone app by either the wearer or their partner on an iPhone or Android.

It even has settings that let you modify the voltage for even greater customisation. The company behind it claims it is modelled on a TENS machine, which is used to help provide pain relief to people giving birth.

Worst Things To Say After S3x; From ‘That Was Quick’ To ‘Where’s The Condom’

The Link Between Retrograde Ejaculation And Male Infertility