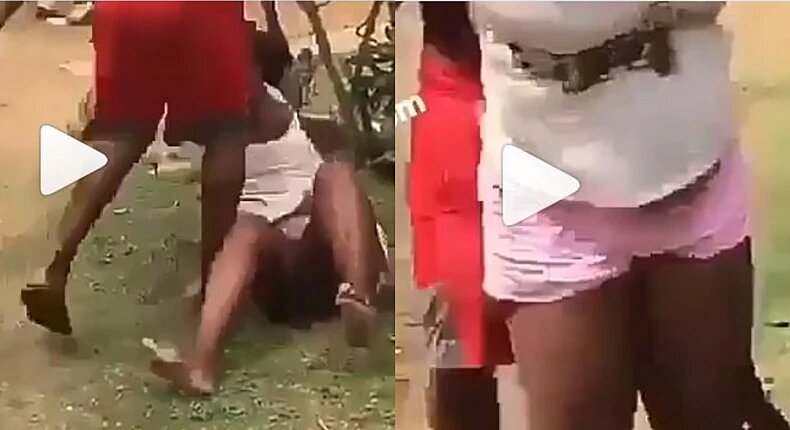 Man Rescued From Aggressive Woman Who Attempted To Rape Him

In the video circulating on social media, the woman pins the man on the floor, and she could be seen removing his knickers, as the man keeps shouting, apparently for help.

Then, a man from nowhere could also be seen rushing to the scene to engage the shorts wearing woman in a wrestle, before setting the poor man free.

Mostly, it is only women that are heard of having been raped, but some men who have had some experiences with women who are stronger than them, have maintained that men are also victims of sexual abuse just as women.

In Ghana for instance, the law regarding rape hardly recognises a man being raped by a woman, so it may be a wasted effort, according to some lawyers, for a man to report to the police that he had been raped by a woman.

But if this video is anything to go by, it seems to have laid bare the reality which has not been highlighted.