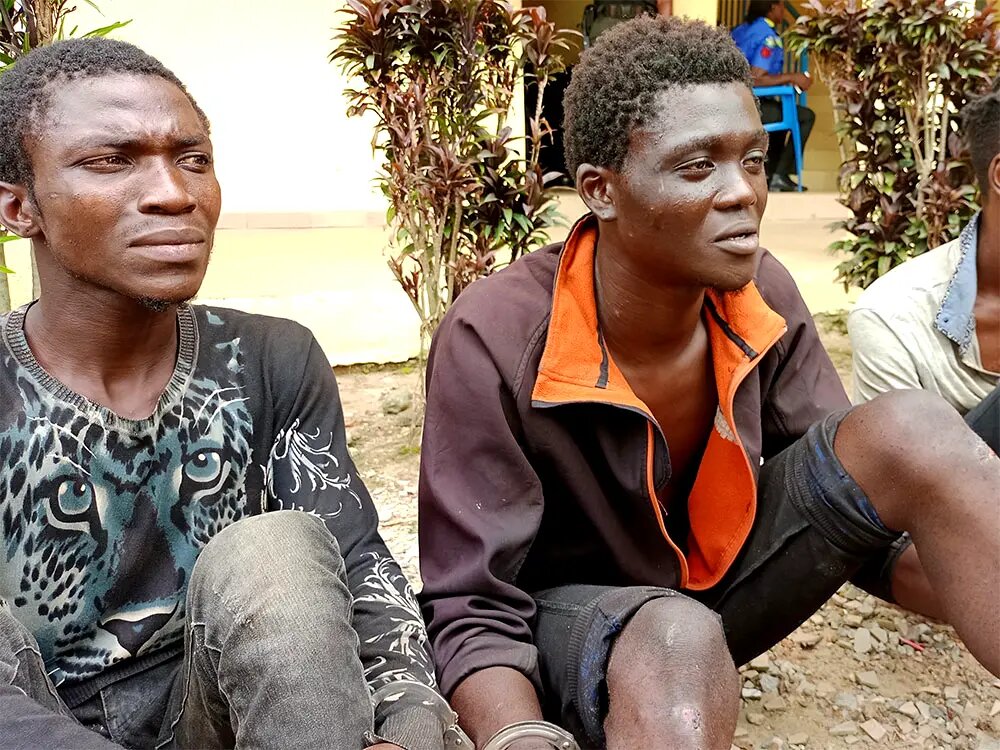 A rapist, Sangokunle Akintola, who accompanied his friend, Ismaila Raimi, to teach a girl playing hard-to-get a lesson, has told Osun State policemen that he did not last for more than three minutes when it was his turn to rape the girl.

Ismaila had been friends with the girl for six months, giving her money and hoping for a relationship.

However, when the girl told him he was no match for the “Yahoo Boys” dating her, he smoked weed, took a stick to use as gun and went to the girls house.

They frightened off a guy they met at the girl’s with the “gun”, took her outside and took turns raping her.

After their arrest, Akintola told police officers he did not last for three minutes on her.

“I did not know what we were going to the lady’s house to do. Ismaila just asked me to escort him to her place.

“We got there around 7:30p.m. at Kajola-Ile, Osogbo, met a guy and use a fake gun to harass him away.

“We took the girl to the backyard and had sex with her.

“Ismaila raped her first then. I told him I will also want to have my turn.

“It did not even later three minutes,” the rapist said.