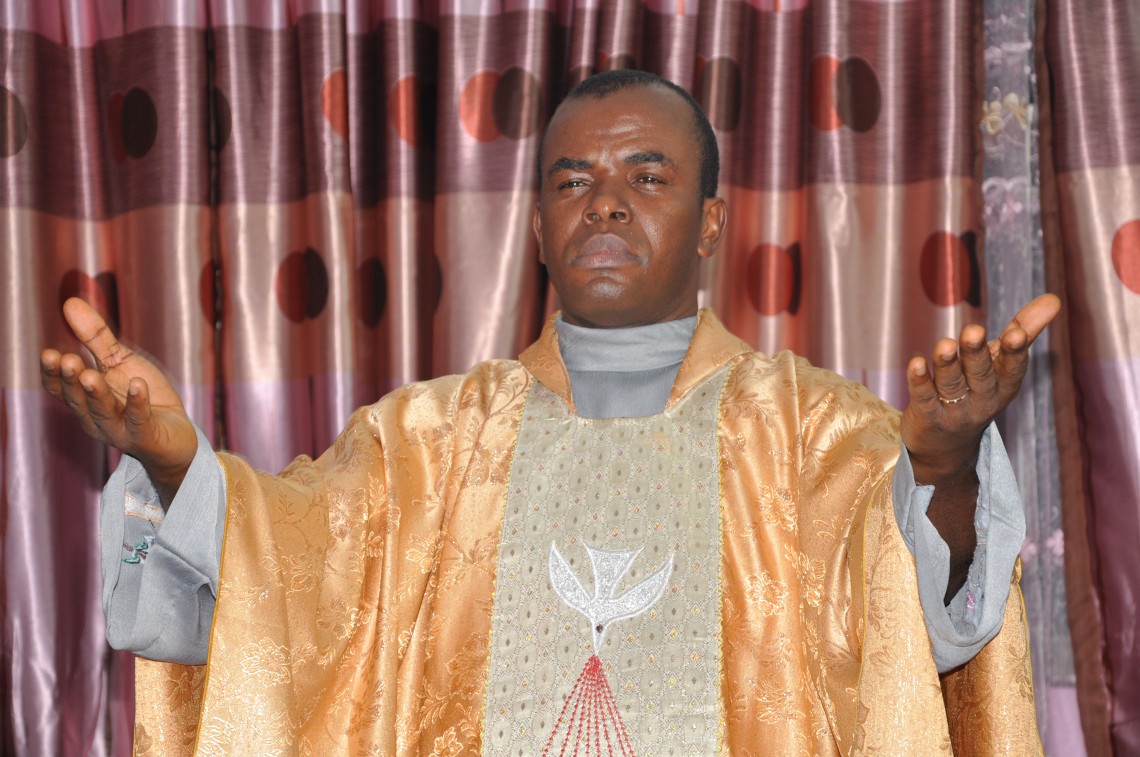 Controversial Catholic priest and founder of Adoration Ministry Enugu, Rev. Fr. Ejike Mbaka, has said that he borrowed a total sum of N1.253 billion for charity purposes in the year that just ended.

The fiery cleric also said he resisted becoming a priest in his early life but was practically dragged “by Heaven” into the priesthood at a time he was running away from it.

He, however, said since his ordination as a priest, he had been “a magnet of souls”; a development he said is an answer to his personal prayers.

The cleric, who said he borrowed the said sum in two tranches of N850 million and N403 million, added that everything he does in the Adoration Ministry is tailored towards charity.

The foregoing remarks were contained in Mbaka’s 2022 New Year message to the members of Adoration Ministry Enugu, Nigeria (AMEN).

He said: “It may interest you to know that at the beginning of this just-concluded year, I borrowed N850 million. I also borrowed N403 million.

“This was not part of the projects we are doing here. It was only for charity.

“There’s nothing we do here that is not tailored towards charity. We need more money to continue a lot of projects we have at hand.

“So, when people talk about Mbaka this, Mbaka that, I don’t understand that. It’s because they don’t know me.

“All these people talking about Mbaka have never visited this Ministry to know what we do. If they come, they would see for themselves and stop the unnecessary criticism.

“I cannot be listening to someone who does not understand me.”

He told his members to be vigilant and not to be bothered by the threat to shut down the ministry, saying “no human being can close this ministry.

“But it is important to tell them that there’s a division of labour. If you are a goalkeeper, allow me the player to play the ball. You can’t be a goalkeeper and a striker at the same time.

“They should leave me. They are not my creator. It is God who created and called me; not them.

“There are people who forced themselves into this priesthood and there are those called to be priests.

OPINION…Mummy G.O: The Conspiracy To Negatively Affect The Minds Of African Teenagers