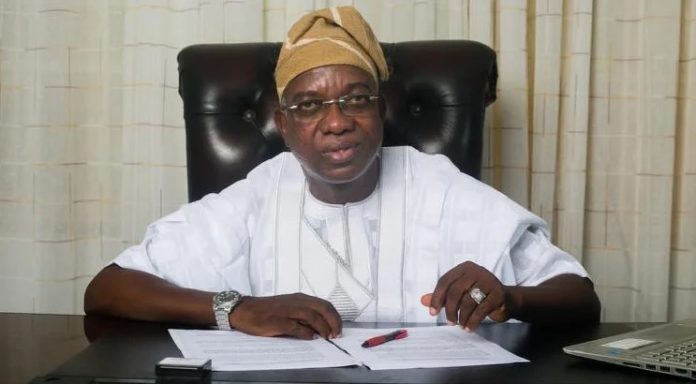 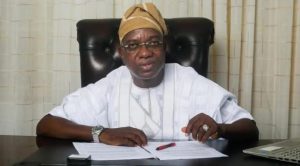 Mr Olaniyan had filed a suit against the state House of Assembly over the impeachment process against him by the lawmakers.

The Oyo State High Court on Wednesday fixed July 26 for judgment in a suit by Rauf Olaniyan, the state deputy governor, challenging the impeachment process served on him by the state House of Assembly.

Justice Ladiran Akintola adjourned the case for judgment after the submission of written addresses and responses to the originating summons and counter-affidavits by the parties.

Mr Olaniyan had filed a suit against the state House of Assembly, the speaker, Adebo Ogundoyin and the clerk over the impeachment process against him by the lawmakers.

On Tuesday, Mr Akintola adjourned the matter’s hearing until Wednesday and enabled the claimant’s counsel, Afolabi Fashanu, to respond to the respondent’s interlocutory injunction and originating summons.

Mr Fashanu had filed an application for the court to restrain the House from taking steps toward the deputy governor’s impeachment.

He prayed that the court should grant the originating summons, saying that the misconduct allegation against Mr Olaniyan was vague and without particulars, according to Section 188 of the 1999 constitution.

Also, counsel to the respondents, Kunle Kalejaiye, said the removal of the deputy governor under the 1999 Constitution was a legislative constitutional affair outside the court’s jurisdiction.

“The removal of Olaniyan is not a criminal trial, the claimant jumped the gun, crying foul when no foul has been committed.

“The court should therefore dismiss the originating summons by the claimant,” he submitted.

Earlier, a member of the Oyo State House of Assembly, Lateef Adebunmi from Oorelope State Constituency, had, through his lawyer, Sunday Aborisade, sought the leave of the court through an application to be joined as a party in the case.

Oyo lawmakers had initiated an impeachment move against the deputy governor, accusing him of financial recklessness, gross misconduct and insubordination, among other allegations following Olaniyan’s defection from PDP to APC.