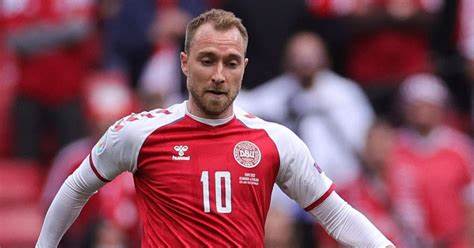 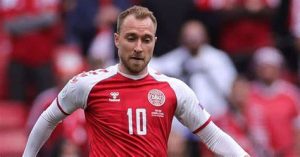 Christian Eriksen looks on course to become a Manchester United player in the coming days – much to the dismay of Tottenham fans who once cheered his name.

The Danish playmaker spent just under seven years in north London at Spurs, before upping sticks to Inter Milan in the January transfer window of 2020. 18 months later, Eriksen suffered a traumatic on-pitch cardiac arrest at Euro 2020 that jeopardised his entire football career.

Remarkably, the midfielder was fitted with a defibrillator and was back in action within six months after Brentford gave Eriksen the chance to prove he could still operate at the highest level of the game. It was an opportunity he seized with both hands as Eriksen was comfortably the Bees’ best player from January onwards last term.

That return to the English top-flight was not one that was received poorly by Spurs fans, who were instead simply overjoyed at seeing their former favourite plying his trade once again. That is not quite the case this time around, though, as Eriksen nears a surprise move to Old Trafford this summer.

This is at least partly due to the fact that the 30-year-old once made a promise to the Spurs hierarchy that he would never play for another English side before he fled to Milan. Obviously, that vow was actually broken the moment he donned a Brentford shirt, but no one begrudged the player for making a slow return to football following his cardiac arrest.

The sheer sight of Eriksen playing in the Premier League half a year after collapsing on the pitch was more than enough to ensure any club tribalism was put to one side. The same cannot be said for this latest switch, which has been met with fury and even a video of a Spurs shirt with the Dane’s name on the back being burnt.

Coincidentally, it was United who Eriksen snubbed back in 2019 due to the fact he had vowed to never play for another English club – or rather, a rival to Tottenham – as part of a promise to Spurs chairman Daniel Levy. The Red Devils were at the time managed by Ole Gunnar Solskjaer, who was willing to pay quite the fee for Eriksen’s signature.

He had the chance to remain at Brentford, with Thomas Frank open in his desire to sign Eriksen on a permanent basis. However, after weeks of waiting for a decision, it looks as if the former Spurs man could not resist the bright lights of Old Trafford – a decision that will not sit well with Levy.