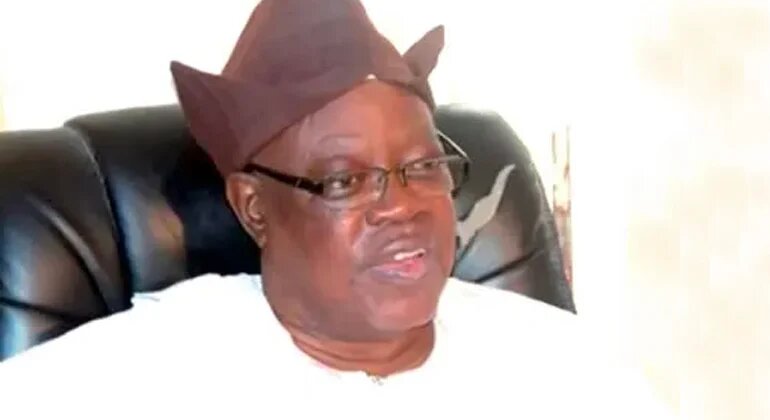 JUST IN: Ladoja, Other Kingmakers Agree On Next Olubadan (Details)

The Olubadan-in-Council, a conclave of Ibadan High Chiefs, also known as kingmaker, on Saturday, cleared the air on the successor to the late Oba Saliu Akanmu Adetunji, Aje Ogunguniso 1, who passed away on January 2.

The kingmakers said they have collectively agreed that Senator Lekan Balogun should be appointed as the next Olubadan.

The Osi Olubadan of Ibadanland and former governor of Oyo State, Senator Rashidi Ladoja, addressed newsmen on behalf of the Council after a closed-door meeting with Governor Seyi Makinde, at the Oyo State Government House, Agodi, Ibadan.

Ladoja said that the perceived controversy surrounding ascension to the Olubadan Stool has been amicably resolved.

The statement was titled, “Olubadan-In-Council clears air on succession, says Senator Lekan Balogun is next Olubadan”.

The Osi Olubadan further explained that Council members had met with Governor Makinde and agreed to the resolution that Senator Lekan Balogun who is next in line to the stool remained the authentic candidate for the Olubadan Stool.

He also promised that the Olubadan-in-Council would jointly make a public statement on their resolutions soonest.

He said, “I can tell you that Ibadan is very lucky. All the matters causing the crisis in Ibadanland have been resolved. The governor has been magnanimous to have called this meeting because those of us who thought we won’t meet again have finally met and resolved all the matters. So, I can tell you that, by next week, you won’t notice any tension in Ibadan again.

“The resolution is simple and the only contention was the objection by Barrister Lana on the court case and it has been resolved. None of us argued that the Otun Olubadan, Senator Balogun, is not the next Olubadan. All of us have agreed on that position because that is our hierarchy.

“Before the resolution could be announced, we have our procedure. The Olubadan-in-Council will meet and we will present the candidate to the governor for assent.

“Now, we are very happy that we have resolved the problem and we are all grateful to the governor.”