JUST IN: Veteran Actor Is Dead 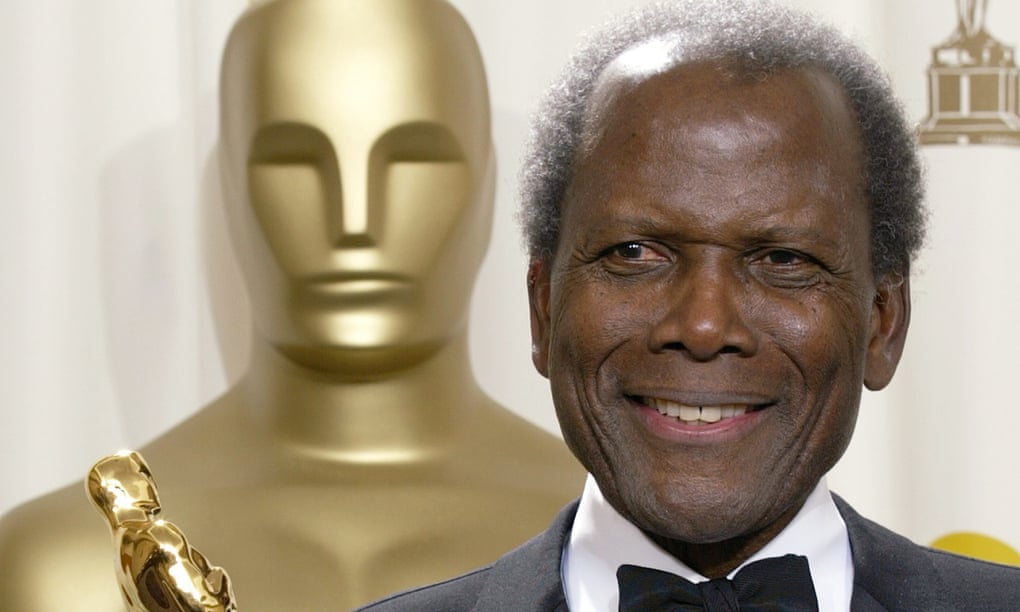 Sidney Poitier, whose groundbreaking acting work in the 1950s and 60s paved the way for generations of Black film stars, has died aged 94. His death was announced on Friday by the minister of foreign affairs of the Bahamas, Fred Mitchell.

The Bahamas deputy prime minister, Chester Cooper, said he was “conflicted with great sadness and a sense of celebration when I learned of the passing of Sir Sidney Poitier”.

He added: “Sadness that he would no longer be here to tell him how much he means to us, but celebration that he did so much to show the world that those from the humblest beginnings can change the world and that we gave him his flowers while he was with us.

“We have lost an icon. A hero, a mentor, a fighter, a national treasure.”

Poitier, who was born in Miami and raised in the Bahamas, was the first Black winner of the best actor Oscar for Lilies of the Field and, along with Harry Belafonte, was a pioneering Black presence in mainstream Hollywood cinema.

Hollywood figures paid tribute to Poitier’s achievements. Oprah Winfrey posted a photo of herself with Poitier, adding: “The utmost, highest regard and praise for his most magnificent, gracious, eloquent life. I treasure him. I adored him. He had an enormous soul I will forever cherish.” Denzel Washington, the second Black actor to win the best actor Oscar, said in a statement: “It was a privilege to call Sidney Poitier my friend. He was a gentle man and opened doors for all of us that had been closed for years. God bless him and his family.”

Actor and director Tyler Perry wrote: “The grace and class that this man has shown throughout his entire life, the example he set for me, not only as a black man but as a human being will never be forgotten.” Whoopi Goldberg wrote: “If you wanted the sky I would write across the sky in letters that would soar a thousand feet high. To Sir… with Love. Sir Sidney Poitier R.I.P. He showed us how to reach for the stars.” Westworld star Jeffrey Wright called him “a landmark actor. One of a kind. What a beautiful, gracious, warm, genuinely regal man. RIP, Sir. With love.”

Actor Viola Davis added: “No words can describe how your work radically shifted my life. The dignity, normalcy, strength, excellence and sheer electricity you brought to your roles showed us that we, as Black folks, mattered!!!” Questlove, musician and director of Summer of Soul, wrote: “King Sidney. One of the greatest actors of his generation.”

Born to Bahamian parents while they were visiting Miami to sell tomatoes in 1927, Poitier grew up in the Bahamas – then a British colony – before returning to the US aged 15 and working at a series of low-paid jobs before briefly serving in the army during the second world war (and attempting to feign insanity to win a medical discharge).

Somewhat directionless, Poitier auditioned for the high-profile American Negro Theater, based in Harlem, and although he was rejected he worked hard to improve his acting skills – and to lose his Bahamian accent. After being allowed to attend classes, Poitier stepped in when Belafonte, then a star student, was unable to perform. Having been spotted by a Broadway director, Poitier subsequently carved out a nascent career in the Black theatre circuit of the period.

Poitier then secured his first significant film role, in the 1950 film noir No Way Out, in which he played a hospital doctor whose racist patient (played by Richard Widmark) starts a race riot. With its overt depiction of racial conflict, No Way Out was considered too controversial to be shown in southern states, but established Poitier’s trademark persona as sensitive, forbearing figure, more intelligent than the white characters around him.

Though films examining the fraught state of race relations were popular at the time, there were still limited roles for Black actors in the US. As one of the few who had made an impact, Poitier then went to South Africa to shoot the British-produced adaptation of Cry, the Beloved Country; his experience of apartheid in there pushed him towards activism.

Poitier’s breakthrough role came back in the US, with another social comment picture: Blackboard Jungle, in 1955, in which he played a rebellious high-school student. The film was a hit, with its use of Bill Haley’s Rock Around the Clock ensuring a large teenage audience; in the UK it inspired the infamous Elephant and Castle teddy boy riot of 1956.

Poitier continued to win plaudits: he played a dock worker who mentors John Cassavetes’ drifter in Edge of the City, and then secured an groundbreaking Oscar nomination as best actor for The Defiant Ones, the Stanley Kramer message movie about social cooperation in which he played a convict who escapes in the deep south while shackled to Tony Curtis. (Both Curtis and Poitier were nominated; they lost to David Niven for Separate Tables.)

He continued to take on ideologically charged roles, such as Porgy in Otto Preminger’s film of Porgy and Bess, and the lead in A Raisin in the Sun, the adaptation of Lorraine Hansberry’s much-admired play about family life in segregated Chicago. (Poitier had appeared in the same role in the original theatrical production in 1959.) He finally won his Oscar for the earnest drama Lilies of the Field in 1964; he played a handyman who helps a group of German nuns build a chapel in the Arizona desert.

After the interracial romance A Patch of Blue (which, again, was censored in the south with scenes of Poitier kissing his white co-star Elizabeth Hartman being removed), Poitier would experience arguably his high-water mark as an actor in 1967, with three hit films. To Sir with Love, was a British-produced answer to Blackboard Jungle, featuring Judy Geeson and Lulu in its cast; In the Heat of the Night, directed by Norman Jewison, starred Poitier as shades-wearing detective Virgil Tibbs investigating a murder in a racist Mississippi town; and Guess Who’s Coming to Dinner?, which again tackled the thorny subject of interracial romance.

However, despite two further Tibbs movies (They Call Me Mister Tibbs! in 1970 and The Organization the following year), Poitier suddenly found himself out of favour, as a more confrontational, politicised attitude gained traction in the wake of the civil rights struggle; Poitier responded by reinventing himself as a director. For his debut, Buck and the Preacher, he cast himself opposite Belafonte in a civil war western; but after that his directorial output would largely consist of comedy pieces. He cast then-hot comic Bill Cosby in Uptown Saturday Night (1974), Let’s Do It Again (1975) and A Piece of the Action (1977) – though his best known directorial entry is arguably Stir Crazy, the 1980 jail comedy starring Gene Wilder and Richard Pryor.

Poitier largely retreated from cinema in the late 1980s and 1990s, directing Cosby in Ghost Dad and taking odd roles in the likes of surveillance thriller Sneakers; he assumed the role of elder statesman in both cinematic and diplomatic circles. Having been knighted in 1974 (due to his Bahamian citizenship), he was appointed Bahamas ambassador to Japan in 1997 and received an honorary Oscar in 2002. In 2009 he was awarded the presidential medal of freedom, and in 2016 a Bafta fellowship.