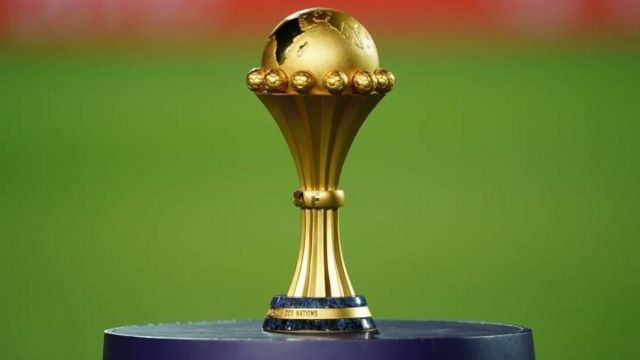 After several moves by some European clubs to frustrate it, the 33rd Africa Cup of Nations will begin in Cameroun tomorrow.

The competition, which is the biggest gathering of African football stars, is holding against the backdrop of protest against its timing, which led to the refusal by some clubs to release players and how the host country, Cameroun, will curtain the dreaded COVID-19 pandemic from spreading. There is also security concerns over the conflict in the country’s Anglophone regions over the years.

Cameroun hosted the women’s version of the competition in 2016 to test run some of the newly built facilities for the men’s tournament, which was originally scheduled for 2019. But the Confederation of African Football (CAF) stripped Cameroun of the honour, as the county was not ready. The 2019 AFCON, which was the 32nd edition, eventually took place in Egypt.

Now, all the teams participating in the 33rd edition have settled down in their respective venues in Cameroun waiting for tomorrow’s opening match between the host, Indomitable Lions, and Stallions of Burkina Faso.

The Lions of Teranga, as the Senegalese national team is known, is Africa’s top-ranked side, and is seen as the team to beat alongside reigning champions, Algeria.

However, for some African football fans, the focus will be on the Super Eagles of Nigeria, which is one of West Africa’s teams in the tournament.

The Super Eagles, as well as Black Stars of Ghana and Elephants of Cote d’Ivoire, are all past winners looking up to this tournament in Cameroun with high hopes but have not been convincing of late.

Ever since Nigeria fired coach Gernot Rohr a few months ago, the focus of many football analysts has shifted to the Super Eagles, particularly on how the interim boss, Augustine Eguavoen, will turn things around in Cameroun.

In sacking Rohr, the NFF said it was unhappy with the team’s form despite the fact they won their World Cup qualifying group. Rohr is now history.

The absence of some key players in the Super Eagles’ squad notwithstanding, Eguavoen says the technical crew would inject creativity into the team to surpass their foes, beginning with Tuesday’s opening match against seven-time champions, Pharaohs of Egypt.

Before he departed Abuja on Wednesday for Garoua, venue of their Group matches, Eguavoen, who led the Super Eagles to a bronze medal finish at Egypt 2006, stated that the dream of clinching the fourth AFCON title in history by the Nigerian football is achievable despite parading a team, which many fans feel posses depth creative skills.

Though, Eguavoen admitted that the biggest challenge confronting the Super Eagles is the near-total absence of a creative play in the middle, but assured that the technical crew under his watch will improve on it.

He is banking on CSKA Moscow striker, Chidera Ejike, as the magic wand to change the creative misfortunes of his team when hostilities begin in Garoua.

Eguavoen is not putting his eggs in one basket. He stated that in case the CSKA Moscow wonder kid fails to live up to the huge challenge on his shoulder, there are other available options that could be exploited to breathe creativity into the team.

The Super Eagles, who also have Guinea Bissau and Sudan as opponents in Group D, left for Cameroun on Wednesday without team captain, Ahmed Musa. He missed the team’s last training inside the MKO Abiola National Stadium, Abuja, on Wednesday after losing a family member.

The Fatih Karagumruk of Turkey striker was given permission to leave the team’s camp to be with family members. He is expected to join them in Garoua.

Another striker, Odion Ighalo, was eventually left out by coach Eguavoen following the refusal of his Saudi Arabian club, Al-Shabab, to release him.

A clause in the contract he signed with the club, which indicated that he was no longer active internationally for Nigeria, may have prevented him from participating in the tournament.

Before then, Emmanuel Dennis of Watford FC and Victor Osimhen of Napoli was ruled out of the team’s participation in Cameroun.

While Watford blocked Dennis from participating at the AFCON, Osimhen pulled out after doctors advised him not to rush his comeback from a fatal facial injury he suffered while playing for Napoli in the Italian Serie A. His club also claimed that Osimhen tested positive for COVID-19.

Osimhen was replaced with Henry Onyekuru, while the exclusion of Cyprus–based Abdullahi Shehu made way right back Tyrone Ebuehi, now with Venezia in the Italian Serie A. England–based Oluwasemilogo Ajayi returns for injured Leon Balogun.

Czech Republic-based forward, Peter Olayinka,
Has since taken the place of Emmanuel Dennis in the Super Eagles squad.

As Eguavoen and his team prepare for the big test, the opening match against Egypt, on Tuesday, millions of Nigerian football fans back home are hopeful of a brilliant beginning.

Some Top Players To Watch Sadio Mane (Liverpool and Senegal)
SENEGAL is the leading African side according to the FIFA rankings, and their star player is Liverpool forward, Sadio Mane.

A former African Footballer of the Year, who also came fourth in the Ballon d’Or rankings in 2019, Mane will be hugely missed by Liverpool as he participate in AFCON. He has 10 goals this season for his club.

The 29-year-old is desperate to win African football’s biggest prize after Senegal lost to Algeria in 2019 final in Cairo. Senegal has never won the African Cup of Nations.

Mohamed Salah (Liverpool and Egypt)
MANY scoffed when Salah came seventh in the final Ballon d’Or rankings in November. It could be argued there is no better player in the world right now than the 29-year-old forward, who has scored 54 times for Liverpool since the start of last season.

Jurgen Klopp’s side will miss him and Mane while they are in Cameroun for about a month. Salah carries the hopes and dreams of 100 million Egyptians on his shoulders. He is the headline act in a squad made up largely of home-based players as The Pharaohs chase a record eighth African crown.

Salah played in the team that lost 2017 final to Cameroun before losing to South Africa in the round of 16 in front of their home crown in Cairo in 2019.

Riyad Mahrez (Manchester City and Algeria)
ANOTHER former African footballer of the year, Mahrez, captained Algeria to victory in 2019 in Egypt, where they defeated Senegal in the final after beating Nigeria in the semifinal. He is again the star man as they look to defend their title. The winger has been in fine form for Manchester City, with 13 goals in 25 games this season.

Eric Maxim Choupo-Moting (Bayern Munich and Cameroon
CHOUPO-MOTING was dismissed at times during his two-year stint at Paris Saint-Germain, where he was a back-up in attack to superstars Neymar and Kylian Mbappe.

Yet, he still popped up with some important goals and has netted 17 times in 44 appearances since signing for Bayern Munich in 2020.

The 32-year-old, who stands 1.91m tall, was born in Germany and notably played for Hamburg and Schalke at the start of his career before a stint in the Premier League at Stoke City.

Eligible for Cameroun through his father, he represented the Indomitable Lions at the 2010 and 2014 World Cups and captained them at the AFCON in 2015 and 2017. He did not go in 2017 when Cameroon won the trophy in Gabon, but is the biggest name in Cameroun squad this time as they look to win the trophy for the sixth time.

Achraf Hakimi (Paris Saint-Germain and Morocco)
AT 23, right-back Hakimi is starring for PSG having already played for Real Madrid, Borussia Dortmund and Inter Milan, and is arguably the best attacking full-back on the planet today.

He will be the man to watch in a Morocco side.
Hakimi, who joined PSG from Inter last July for 60 million euros ($71 million), is, in theory, a defender, but he is chiefly a key creative and attacking outlet down the right. Born and brought up in Madrid to Moroccan parents, Hakimi was just 18 when he scored on his competitive debut for the Atlas Lions.

Apart from Algeria, the other North African countries, Morocco, Egypt and Tunisia are perennial contenders but have disappointed in recent editions. Morocco, in particular, have gone into recent tournaments heavily fancied but have proved unable to live up to their billing.

Sebastien Haller (Ajax and Ivory Coast)
THE tall 27-year-old striker has been one of the stars of this season’s UEFA Champions League, scoring 10 goals in the group stage for Ajax. He became just the second player to score in all six group games, following Cristiano Ronaldo in 2017.

Haller, who has 22 goals this season, joined Ajax last January from West Ham United for 22.5 million euros ($27.5m), calling time on a disappointing spell in England to return to the Dutch league, where he was based previously.

Born and brought up in the Paris suburbs, he played for France Under-21s but opted to represent the Ivory Coast –- the land of his mother’s birth -– after getting the call aged 26.

EPL: Solskjaer created problems for me at Man Utd, there are unhappy players – Rangnick