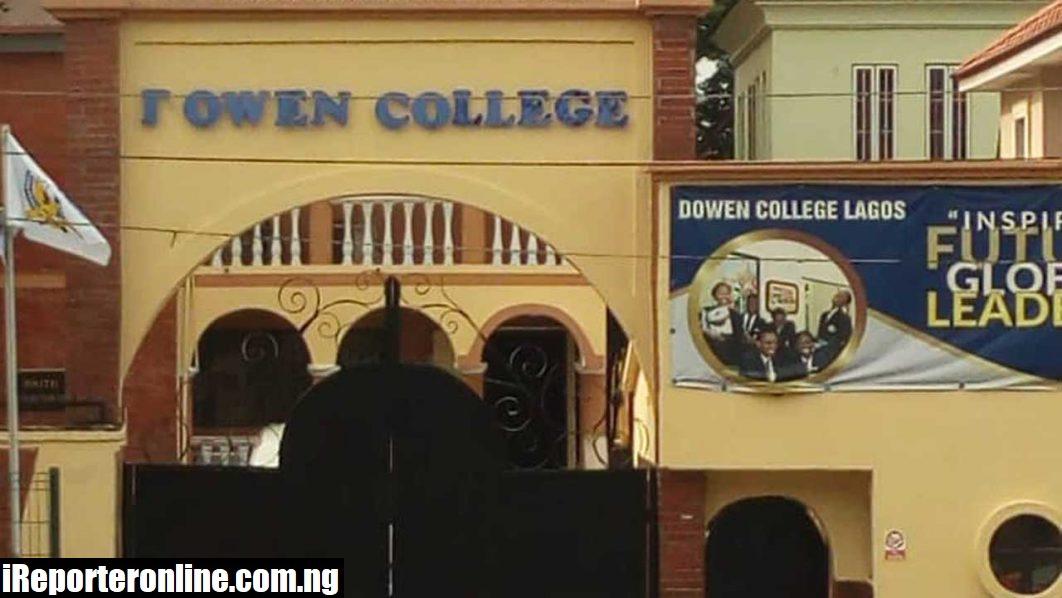 Following the exoneration of the five students and five employees of Dowen College, Lekki, Lagos State, linked to the death of a 12-year-old student, Sylvester Oromoni (Jnr), by the state government, the management of the school has urged all those who have been spreading malicious information against the school as a result of the unfortunate incident to cease henceforth “and allow our dear Sylvester’s soul rest peacefully in our Lord’s arms.”

This was even as the state Commissioner of Police, Hakeem Odumosu, yesterday, insisted that the deceased died of natural cause as indicated in the result of the autopsy conducted on his body, advising members of the public who may have any misgivings about the outcome of the police investigation, medical enquiry and legal advice with the case to go to court rather than taking the law into their hands.

The management of Dowen College, in statement yesterday, regretted Oromoni’s death, saying the longstanding integrity, values and processes the school worked tirelessly to maintain over the past 24 years have been called into question and dragged through the mud.

Recalling the events of the past six weeks with regard to Oromoni’s death, the school said: “On the 30th of November, the Dowen College family was informed we had lost one of our own: Sylvester Oromoni. Sylvester was the fourth of his family to attend Dowen College and this loss came as a shock to the entire school community. Unfortunately, before we could grasp and process the reality of losing him, the school was met with a public outburst accusing five of our students of bullying, poisoning and cultism.

“The authorities directed that an autopsy be conducted and the report reveals that there was no bodily harm, no intoxication, but rather that the young boy suffered and died of preexisting health conditions that had not been treated. Our longstanding integrity, values and processes that we have worked tirelessly to maintain over the past 24 years have been called into question and dragged through the mud. Today the truth wins, our faith wins and our integrity wins. We pray that no school or organisation ever has to experience what we have been going through.

“We have maintained in our hearts and minds that compassion must override the instinct to defend ourselves, despite being tried viciously in the court of public opinion and social media. Our focus has been to work with the authorities in uncovering the whole truth regarding this matter and that is where our efforts have been. In the course of submitting ourselves to the investigations of the authorities, we have also kept silent and not assigned any blame to the accused children because we believe we must let the experts do their job and that they remain innocent until proven guilty especially since our own preliminary investigations did not reveal their complicity in any untoward conduct.

“The facts of this unfortunate tragedy remain that: The only injury brought to the notice of the school was the fall while paying football over the weekend as narrated by his friends, roommates and classmates and later investigated by the police; two of the boys mentioned are day students with no connections to the hostel; a third boy mentioned was a regular weekly boarder who went home each weekend for home tutoring. He was not in the hostel over the weekend; Slyvester did not leave with any visible body injuries from the school contrary to what was showcased on social media. Had that been the case we know the guardian would have raised an alarm when he came to pick him up and the parents would have called the school immediately to complain; no issue was raised about his health until seven days after he was collected from school; a follow up call to the family while he was at home revealed his leg was being massaged, nothing else.”

The school explained further: “We are a faith-based school with a good academic record and values. Dowen College is a school that thrives on giving back through scholarships. We have over 10 per cent of our students on various scholarships covering 100 per cent full tuition and boarding scholarships. As many students as meet up with merit standard each year enjoy full-tuition scholarships. Therefore, rewarding excellence is the focus.

“The results have now been released by the various authorities. The police investigations uncovered nothing to support that Slyvester was bullied or suffered harm. We do not know under what circumstances the accused names were mentioned. We have no response to that. We can only go by what the experts and the authorities have uncovered and reported.

“The autopsy report which is the product of the work of seven of the leading Pathologists in Nigeria, including one representing the Oromoni family from Delta State has shown that Slyvester had several chronic pre-existing health conditions. These health conditions cannot be fabricated or doctored. If there were contributory injuries from any bodily harm they would have been presented and stated.”

The school stressed that it was not covering up anything for any student or family, adding: “We seize this opportunity to publicly thank all our parents, staff, students, alumni and friends of the school for their unflinching partnership, encouragement prayers and advice through this whole situation. You have made us very proud and we are humbled by your support. Moving forward, the Dowen College family realises from the events of the last few weeks that it cannot take anything for granted. We need to work with our partners and stakeholders to strengthen our policies, processes and relationships.

“At this point, we respectfully request that all those who have consistently, misguidedly and maliciously pushed false information should cease and desist immediately and allow our dear Sylvester’s soul rest peacefully in our Lord’s arms.”

Addressing a press conference in Lagos, the Lagos State Commissioner of Police, Odumosu, advised members of the public who are aggrieved over the outcome of investigations into the matter to seek redress in court instead of resorting to self-help.

His words: “I am compelled by necessity of duty and in the interest of justice, transparency and openness, to give an update on investigation carried out into the circumstances surrounding the death of Sylvester Oromoni Jnr.

“For purpose of clarification, it is pertinent to convey to members of the public in simple terms, the commentary/submission of Dr. S.S. Soyemi, the consultant pathologist who led a team of pathologists to carry out the autopsy. He declared and I quote:

Sylvester Oromoni Jnr, a 12-year old student of Dowen College, Lekki, Lagos, reportedly died on November 30, 2021, at a private hospital in Warri, Delta State. It was alleged that the deceased was physically assaulted and poisoned in the school prior to death. The first autopsy was done in Warri on December 2, 2021. Following an order for a second autopsy, the body of the deceased was brought to Lagos for a second autopsy.

“Our findings at the second autopsy include marked pallor of organs, pneumonia (infection of the lungs), infections of the liver and kidneys as well as the heart. These infections emanated from the ankle infection described earlier in the report. Microscopic sections also confirmed that the death was caused by Septicaemia following infections of the lungs and kidneys arising from the ankle wound. No evidence of blunt force trauma in this body. The findings in the oesophagus and stomach are not compatible with chemical intoxication. Death in this case is natural.

“Despite this and following legal procedure, the case file was duplicated and sent to the Director of Public Prosecution (DPP) for legal advice.

“Legal advice, however, indicated that there is no prima facie case of murder, involuntary manslaughter and or malicious administering of poison with intent to harm against the students and the House Masters, hence they cannot be prosecuted. Hence they were all released on bail. The final result of the autopsy and DPP advise were officially released by the state government earlier in the week.”

Odumosu added: “Much as we commiserate with the bereaved family on the death of their lovely and promising child, it is advised that individuals or groups who are still aggrieved should go to the law court to seek redress instead of taking the law into their own hands.

“Thus members of the public who may have any misgivings about the outcome of the police investigation, medical enquiry and legal advice with this case are advised to follow due process in law rather than resorting to self-help. The police will not fold their arms and allow any act or omission that could threaten the peace being enjoyed in the state.”

Oromoni (Jnr), a student of Dowen College, died last year November in a controversial manner. He was allegedly attacked by five of his senior colleagues for refusing to join a cult.

Oromoni’s father had alleged that his child was beaten and fed a liquid chemical that eventually claimed his life.

But Dowen College in a swift reaction dismissed the claim, insisting that the student-sustained injuries while playing football with his colleagues.

The Lagos Commissioner of Police thereafter ordered a probe into Oromoni’s death while the Ministry of Education sealed off Dowen College.

Last Wednesday, relying on the advice of the Director of Public Prosecution (DPP), the Lagos State government cleared all the accused from being responsible for Oromoni’s death. 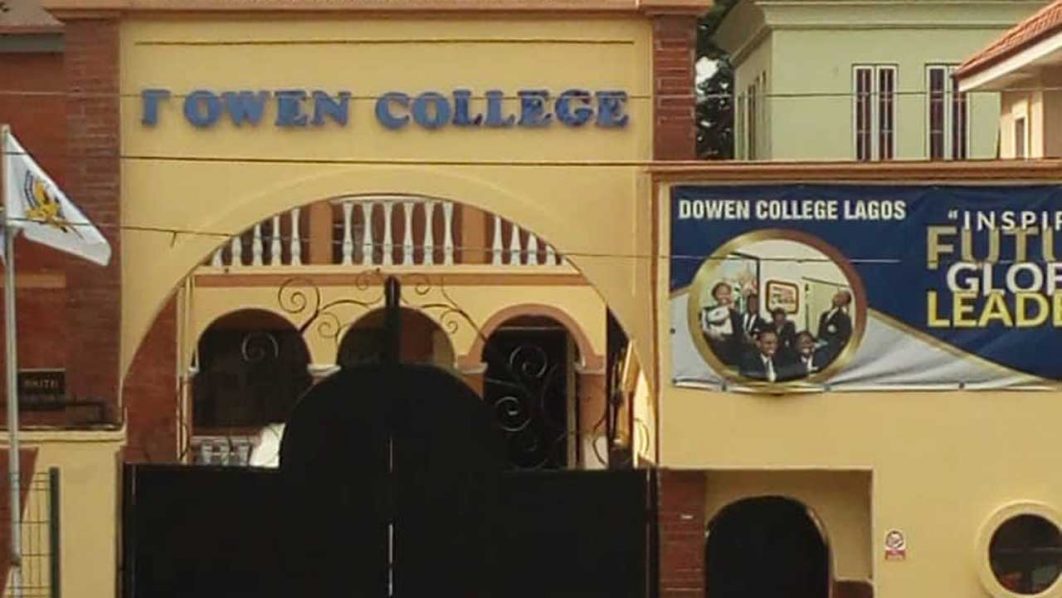