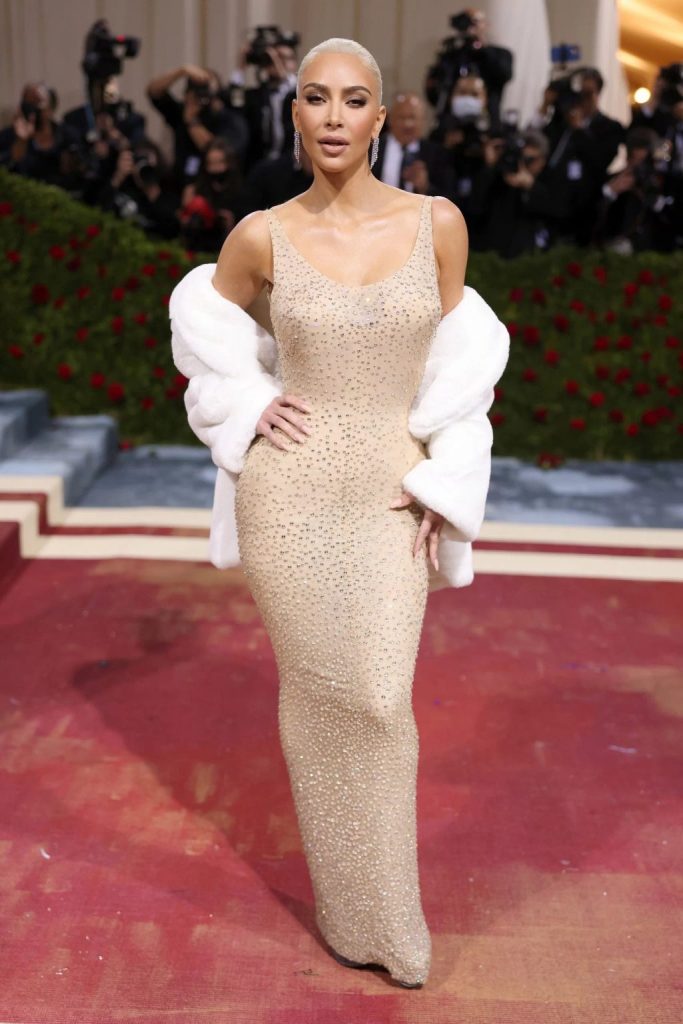 Kim Kardashian has addressed her Marilyn Monroe dress controversy for the first time, claiming that she didn’t damage the dress.

The reality tv star was the talk of the Met Gala 2022 red carpet after she lost nearly 20 pounds in order to fit into the iconic “naked” dress Monroe wore in 1962 to sing “Happy Birthday” to then-president John F. Kennedy. 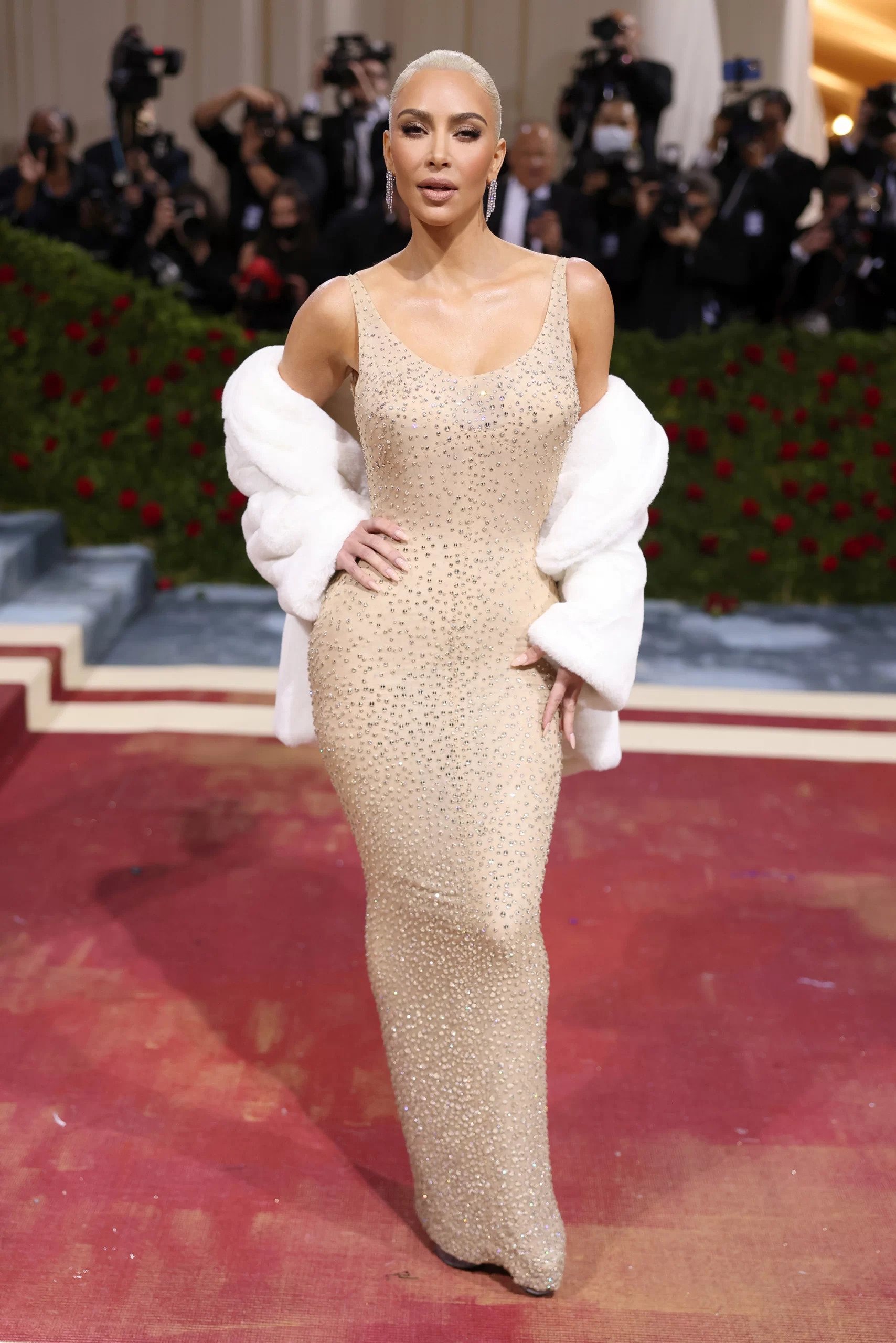 Since Kim’s red carpet appearance wearing the dress, there has been much debate about whether or not she should have been allowed to wear it. In fact, the dress’ designer Bob Mackie condemned the museum’s decision to allow the “Keeping Up With The Kardashians” star to wear the dress.

More uproar was unleashed after images showing damage to the delicate garment were revealed last week. 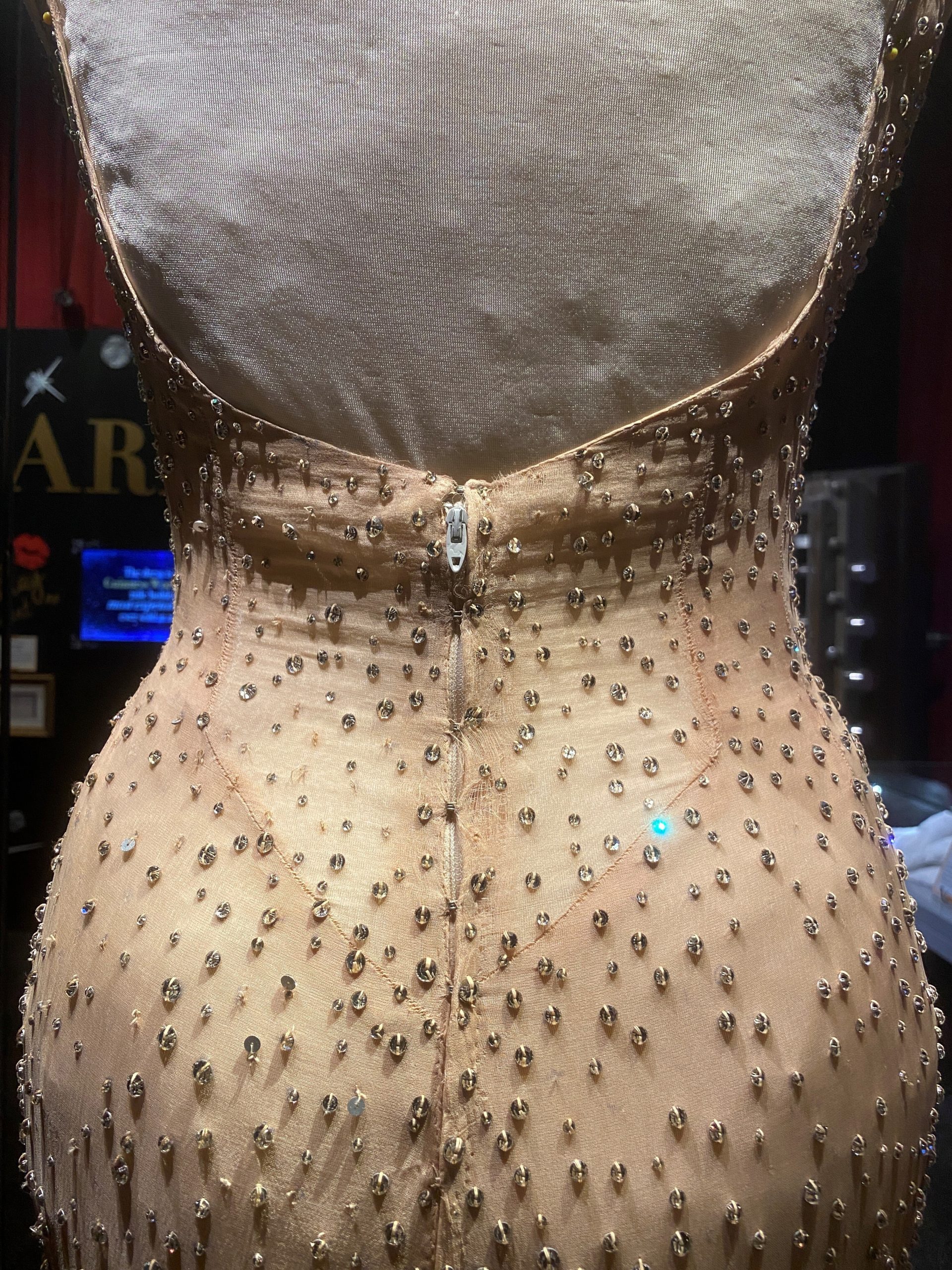 This photo provided by ChadMichael Morrisette shows the Marilyn Monroe “Happy Birthday” dress displayed June 12, 2022, at the Ripley’s Believe It or Not! attraction in Los Angeles. Some Monroe enthusiasts believe the dress was damaged after Kim Kardashian wore it briefly to the Met Gala this year. Ripley’s denies that claim. (ChadMichael Morrisette via AP)

In a statement released by The Ripley’s Believe It or Not! Museum, which purchased the gown at auction for nearly $5 million, the museum denied claims that the dress was harmed after Kim wore it to the Met Gala. 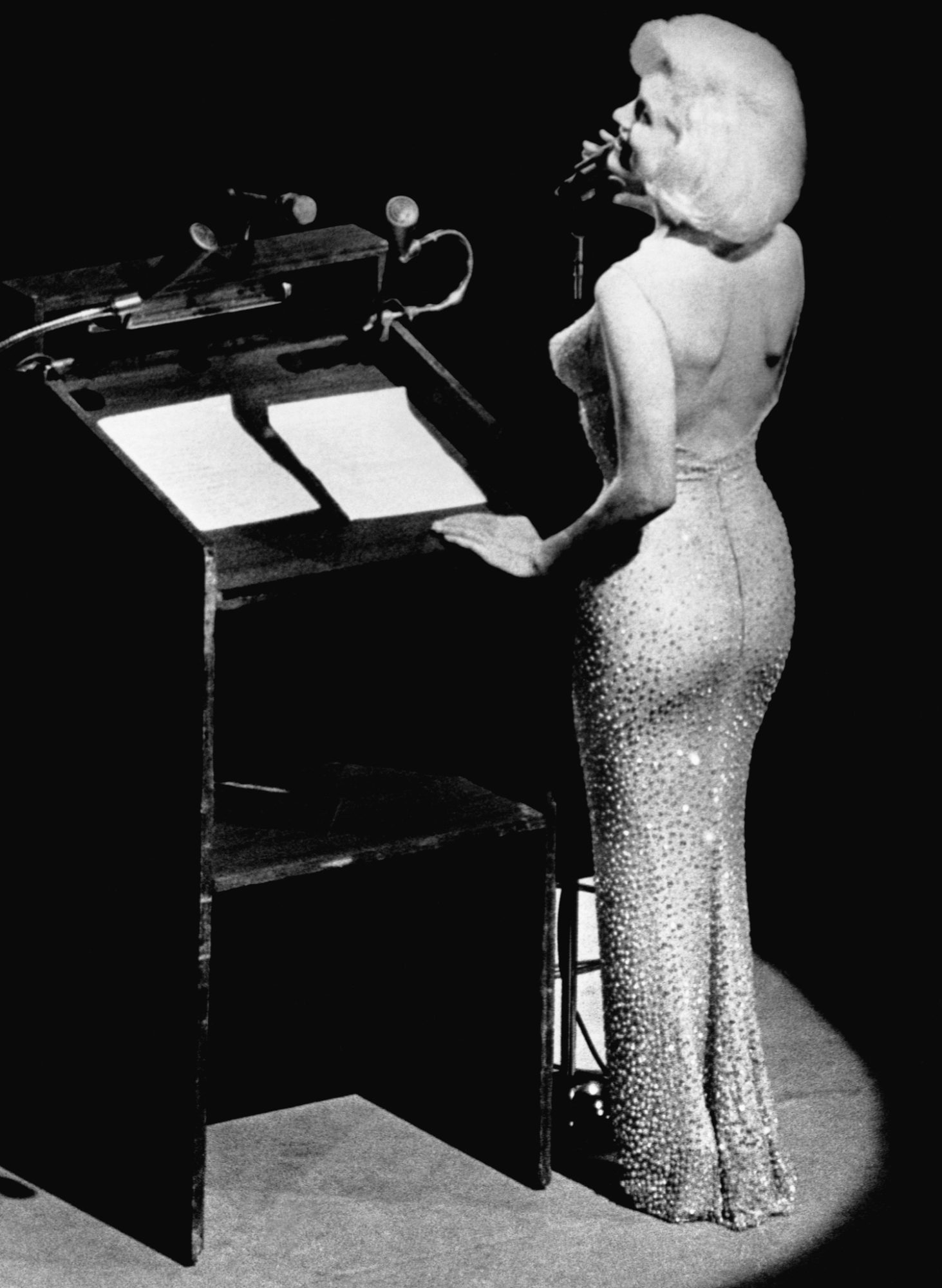 “From the bottom of the Met steps, where Kim got into the dress, to the top where it was returned, the dress was in the same condition it started in,” noted Ripley’s VP of Publishing and Licensing, Amanda Joiner.

The Skims founder also appeared on the “Today” show Tuesday to address the issue herself.

“We keep seeing stuff like, ‘The dress is ruined’… All of that is not true?” Hoda Kotb asked.

“No,” Kardashian replied. “Ripley’s [and I] worked together so well; there were handlers in gloves that put it on me.”

She mentioned that they had gone to great measures to coordinate with Ripley’s for the red carpet event, and she changed into a clone of the outfit at the top of the museum’s steps before entering the party.

“I respect [Monroe], I understand how much this dress means to American history. And with the theme [of the Met Gala] being American, I thought, ‘What’s more American than Marilyn Monroe singing happy to the President of the United States?’”

Also addressing her controversial weight loss, she said, “I looked at it like a role. And I really wanted to wear this dress. It was really important to me.”

“It actually taught me a lot about my lifestyle and my health. And since then, afterwards, I continued to eat really healthy. I’m down 21 pounds now. I’m not trying to lose any more weight, but I have more energy than ever. I cut out so much sugar. A lot of junk food I was eating … I just completely changed my lifestyle.”