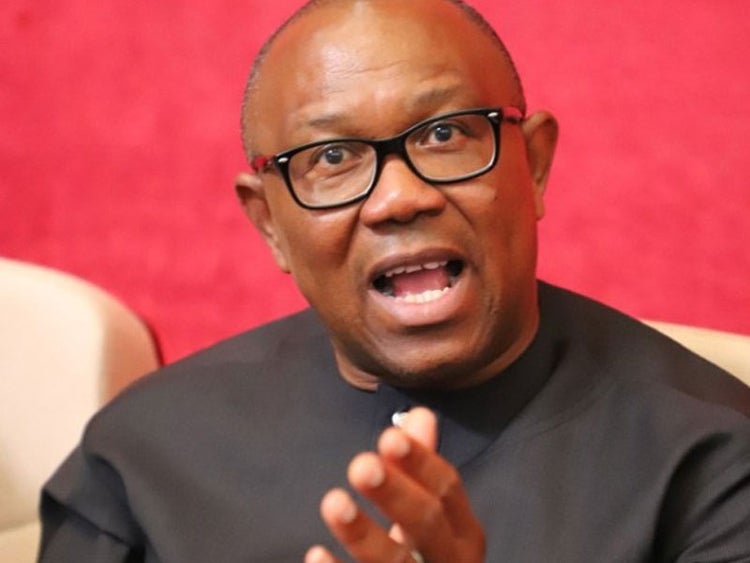 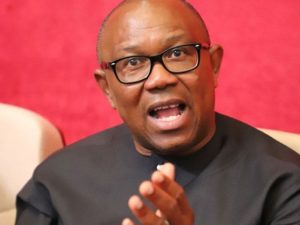 The Presidential candidate of the Labour Party, Mr. Peter Obi, has expressed sadness that God has given Nigeria all it requires to be great but that the absence of purposeful leadership has made it impossible for the nation to reach its potentials.

Obi spoke at a leadership summit organized by the Labour Party and Coalition for Peter Obi Leadership, in Abuja, on Thursday.

He explained that the Obi/Datti ticket has a mission which is to return the nation back to its citizens.

Obi said, “Our job is to take the power from those who have it and give it back to you.

“This is a great country, God gave us everything that can make this country great, the only thing that is lacking is one simple thing called leadership.

“And that is what we intend to provide, we are not trying to do something else. This is what Datti and I want to provide.

“Like I always say, don’t think once we succeed our job has stopped, that is when our job has really started. Beyond 2023 we will no longer allow drivers that don’t know where we are going.

“What is happening now in Nigeria is, you don’t know where you are going, the driver doesn’t know where the vehicle is going, so every road leads us there, but we don’t want to worry. All we want to say 2023, we will not allow that situation, for now, we will manage it to the end.“

“We live in a country where over 15 million of our young people are out of school. Today, the global average for tertiary institution intake is 38 percent, in the western world, it is over 50 percent.

“In Nigeria it is nine percent, not even up to a quarter of the global average and yet they are not in school. We live in a country where 200 million people exist on 4,000 mega watts of electricity.

“Let me tell you how bad it is, the second biggest country in this continent, Africa, is South Africa.

On reckless borrowings, he said, “Governments at all levels in Nigeria have borrowed over N225 trillion. N200 trillion because some were borrowed when dollars was 100, 200. Since it’s about 600 now, I used an average of 400.

“That means if you divide 200 trillion by 400 it will give you approximately $500 billion.

20 percent of $500 billion is $100 billion. Tony Elumelu foundation said, that for every $5 million they give to an entrepreneur, that entrepreneur creates ten jobs.

“That means if we had taken just 20 percent of the money we borrowed for the past 20 years, $100 billion and shared it to 20 million entrepreneurs, half of the job Tony Elumelu said will be five times 20 million, it would be 100 million and there won’t be unemployment.

“We are going to move Nigeria from consumption to production they said how, Nigeria is not a producing country, Nigeria has one of the most talented and energetic youths in the world.“

Obi said, “In an interview I had yesterday, they asked me about Borno State. I said Borno State is a state situated on 17.9000 square kilometres of land. Today we are talking about Sambisa forest, Sambisa forest is an asset to Nigeria, it is twice the size of Israel. It is an agricultural land that can give us food.

“I said if you go all over the north, Nigeria is blessed, we have all the land we need. We are waiting to share the money from oil, how much can we make from oil.“

We will educate 110 million Nigerians — Baba-Ahmed

On his part,  Vice Presidential candidate of the Labour Party, Senator Yusuf Datti Baba-Ahmed, if elected, he would personally drive the education of 110 million Nigerians.

He said, “It is the legitimate ambition of our great party to develop education in Nigeria. Personally till date, I have been instrumental in one way or another in the education of at least 11,000 people. It remains my dream for the remaining days I have to live, I and my leader and party to educate at least 110 million Nigerians.

“I joined this party and sided with my leader because of Nigeria, that is because of our national unity and building our youths. We are in the business of education ourselves.”

“He further stated that the problem of Nigeria is wrong leaders, adding that much investment would be made for youths to have gainfully employed jobs.

“Our youths have been underestimated, His Excellency Peter Obi and my humble self, we are here to restore your honour, give you back the dignity taken away from you, we want to give you education and discipline.