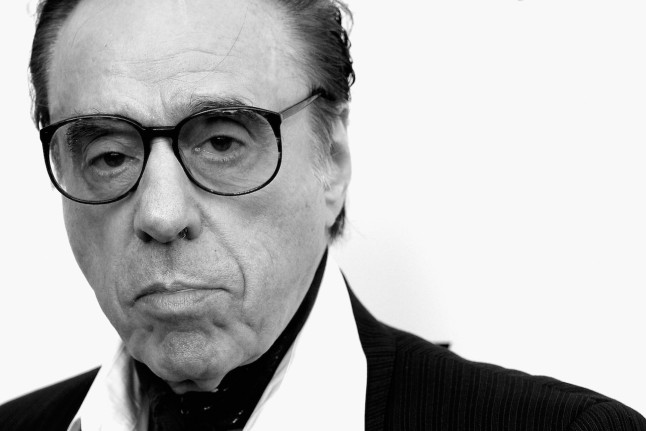 Peter Bogdanovich, the Oscar-nominated writer-director known for hits like The Last Picture Show and Paper Moon, has died. The legendary director died earlier today of natural causes at his home in Los Angeles, his daughter Antonia Bogdanovich told The Hollywood Reporter. He was 82.

Bogdanovich became an iconic member of Hollywood after his second feature film, The Last Picture Show, catapulted him to the top of the ranks in 1971. The black-and-white drama earned a whopping eight Academy Awards nominations, including Best Director and Best Adapted Screenplay (shared with Larry McMurtry), as well as Best Supporting Actor awards for Cloris Leachman and Ben Johnson.

The director was born on July 30, 1939 in Kingston, New York, and spent most of his young life studying acting in New York City. In the early 1960’s, he became a film programmer at the Museum of Modern Art, showcasing the works of Orson Welles, John Ford, and Howard Hawks before becoming a pioneer of cinema himself. He began writing film criticism for Esquire, even authoring a book on Ford based on his retrospective work at MoMA.

In 1966, following suit of Cahiers du Cinéma critics like Jean-Luc Godard and François Truffaut, Bogdanovich headed to Los Angeles to become a director. He began working alongside Roger Corman, teaming with the director on Targets and Voyage to the Planet of Prehistoric Women.

His big breakthrough movie came soon after in 1971 with the release of The Last Picture Show, a film that launched him into the list of legendary Hollywood Golden Age directors. The movie earned an array of Academy Award nominations, winning two statues for supporting acting categories. While working on The Last Picture Show, Bogdanovich fell in love with actress Cybill Shepherd, leading to the demise of his marriage with production designer and frequent collaborator Polly Platt.

Bogdanovich followed up his major success with comedy What’s Up, Doc? with Barbra Streisand and Ryan O’Neal, as well as Paper Moon, which won Tatum O’Neal an Oscar as Best Supporting Actress at just age 10.

He also founded The Directors Company with Francis Ford Coppola and William Friedkin at Paramount in 1972, although it quickly dissolved. The partners all went their separate ways after the production of Daisy Miller.

The filmmaker went on to create Nickelodeon, Saint Jack, Illegally Yours, Texasville, and Noises Off… before taking a turn into TV and TV movies. His 1981 flick They All Laughed erupted in more scandal surrounding the director after he’d begun an affair with actress Dorothy Stratten, who was later murdered by her husband Paul Snider, who then killed himself. Bogdanovich went on to write the book The Killing of the Unicorn: Dorothy Stratten 1960-1980, blaming Hugh Hefner for triggering Snider by naming the actress Playboy Playmate of the year in 1980.

Bogdanovich also took some time acting, appearing as a psychotherapist on HBO’s The Sopranos while he also wrote and directed a handful of episodes. Most recently, he helped bring his friend Orson Welles’ final project, The Other Side of the Wind, to fruition. In the much-awaited film, he starred as Brooks Otterlake.

He is survived by his daughters, Antonia and Sashy, as well as his grandchildren, Maceo, Levi, and Wyatt.