A 23-year-old fashion designer, Benjamin Adjei, has been arrested for attempting to use his nephew for a money ritual at Abesim, in the Sunyani Municipality of Bono Region, Ghana.

It was gathered that the suspect allegedly lured his 13-year-old nephew, Listowel Adjei, into a taxi cab, but luck ran out on him when he was arrested upon a tip-off at the Abesim-Tano police barrier on Sunyani-Kumasi Highway on their way to the shrine, on Saturday, May 15.

Police Sergeant Benjamin Lartey, who confirmed the incident told the Ghana News Agency (GNA) on Monday, May 17, said that an informant (name withheld) reported at the Abesim Police Sation that he received a phone call from the suspect soliciting his assistance to see a ritualist to help him to sacrifice his nephew for money rituals.

Sgt Lartey said on Saturday, the informant reported to the police that the suspect had lured his nephew into a taxi cab ready to convey him to the place for the rituals.

He said the police laid ambush at Abesim-Tanoso barrier and arrested the suspect in possession of a bag containing a cutlass, a knife, red calico, a pot, a quantity of cola nuts, cowries and GH¢300.00.

Also confirming the incident, the Sunyani Division Crime Officer, DSP Kingsley Wiredu, said the police were able to arrest the suspect before he committed the crime.

“Because we have had a description of the taxi and the way he was going to carry the victim when we got him arrested in the taxi, we found the victim who is a close nephew on board, and then we had a handbag containing a big cutlass, a knife, red calico, one big pot, a number of kola nuts, cowries and 300 Ghana cedis in cash, apparently, with which he had wanted to go and perform rituals in order to get rich overnight,” DSP Wiredu stated.

“He was arrested and taken to the station, and during interrogation, he really admitted that was his intention. His plan was nipped in the bud, courtesy of the assistance given to police by the informant. He’s now in our custody.

We are preparing him before we take him to court,” he added. 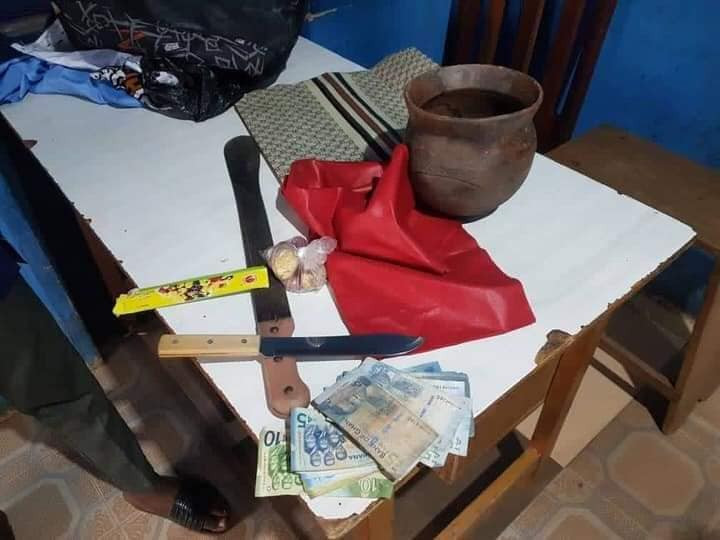 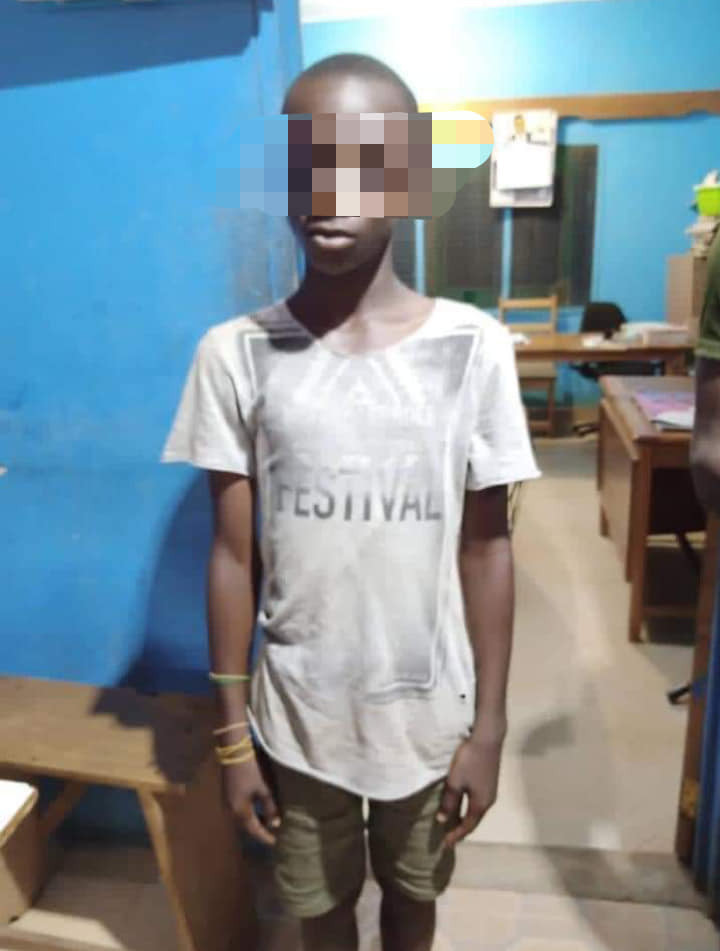