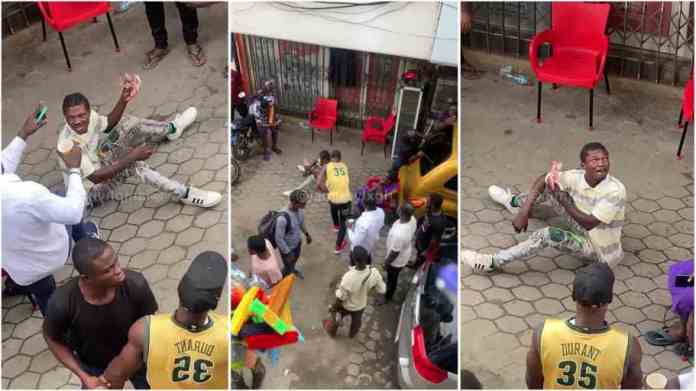 In a video shared on Instagram, a man was seen sitting on the floor while being surrounded by many people for trying to play smart with fake currency.

He was ordered to hold up the said counterfeit currency notes while being filmed, with a cane-wielding man flogging him.

According to reports, the suspect visited Circle Mall in Ghana and used counterfeit Ghana Cedis to pay for the expensive phone.

Unfortunately for him, he was caught before he had the chance to leave with the phone.

He was later handed over to the police after an unknown number of lashes were inflicted on him.

Lady Dumps Husband 10 Hours After Their Wedding (See Why)