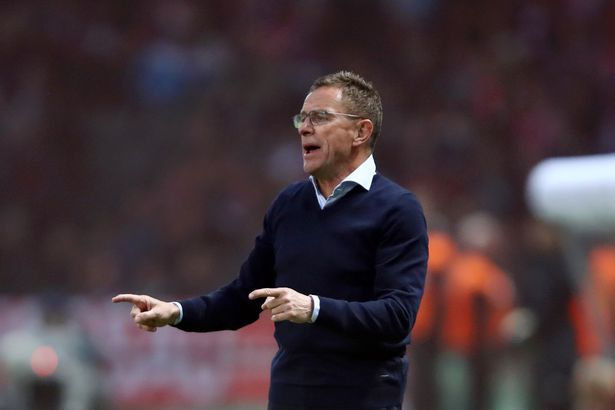 Ralf Rangnick’s wait for a work permit means Michael Carrick will remain in charge for Manchester United’s match against Arsenal on Thursday.

New interim manager Rangnick arrived in England before new travel restrictions came into effect, but is awaiting a permit before he can start work at United.

United said the visa application process means caretaker boss Carrick will be in the dugout once more, having already overseen the 2-0 win at Villarreal and 1-1 draw with Chelsea after Ole Gunnar Solskjaer was sacked.

Rangnick landed before the new guidelines came into force from Tuesday, which requires individuals to self-isolate until they can provide a negative PCR test that must be taken within 48 hours of arriving in England.

The German was confirmed on Monday as United’s interim manager until the end of the season, and his first game in charge is now set to be at home to Crystal Palace on Sunday.

United then have a home Champions League match against Swiss side Young Boys next week, but new rules for individuals returning to Switzerland could see that game moved to a neutral venue.

The 63-year-old’s contract will see him take charge of the first team until June and then remain at the club for at least a further two years in a consultancy role.