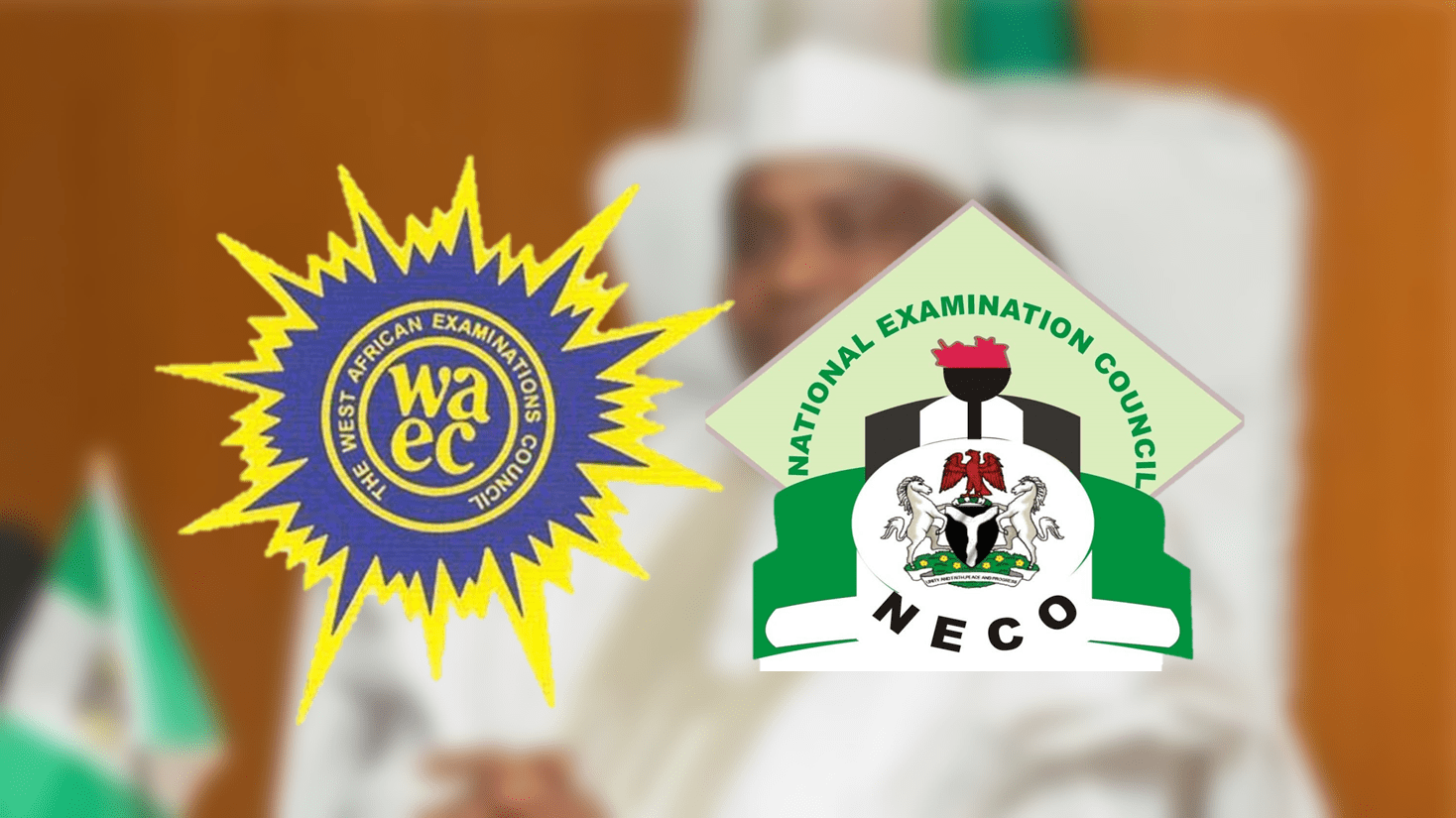 Recently, some West African Examination Council and National Examination Council examiners lamented on a social media page the poor remuneration they received from the councils after marking 250 scripts at N14.00 per script. More worrisome according to them, is that they have been receiving the meagre amount for over a decade without increment, GRACE EDEMA writes

Alaba Oluwakemi has been marking West African Senior School Certificate Examination scripts at N14 per script since 2016. According to him, if he marks 250 scripts with some other allowances, he earns N13,000 for the two-week activity.

Alaba, who marked Physics practical for WAEC said it was very a strenuous exercise as it hindered him from attending to any other meaningful task.

He also revealed that the N14 per script was applicable to major subjects like Physics, Maths, English and others, adding that some other subjects’ fees could be as low as N12, N13 per script.

He said, “The experience is very traumatic. You will have to leave many things and dedicate all your time to these scripts if you want to meet up with the two weeks deadline. If not, you will see them running after you and if one is not careful, police will come after you. I stopped because of the terrible pay which is about N12,000 to N13,000 for the two weeks and the ridiculous thing is the pay is still the same till today. What I collected five to six years ago is still the same.”

Another teacher and examiner, Mr Tunji Ayeni, who marked both WASSCE  and NECO, said NECO paid N9.57k per script. He complained bitterly that both examination councils paid them peanuts for the tasking two weeks in which they would have no time to attend to their personal businesses or school work.

Similarly, some markers also complained bitterly about the poor remuneration on the Facebook platform of Concerned Parents Educators Network.

The meagre payment by both examination bodies was analysed by stakeholders who vented their anger, opinions and grouses without holding bars over the same remuneration without being increased for over a decade.

In the comments, Andresa Uneze, said, “It is indeed modern slavery. The last one I marked in 2018 was a total of 257 scripts at N14 per script.”

“You must see your team leader in between. Marking two parcels of 300 papers and in the end, you will be paid N14,000. During the 10 days, you will not enjoy yourself because you want to meet the deadline.”

Another educator advised the markers to stop making for the examination boards as a form of protest to express their grievances.

Akinyemi Onus said, “Stop marking and see changes being made. N13,000.00?  Seriously? and people still mark for these examination bodies? No wonder the results are awful, no motivation to even settle down and mark these candidates’ papers properly.”

The Chief Executive Officer of FlorishGate  Global Consult, Mrs Dideolu Adekogbe,  who marked Biology answer sheets also shared her experience, “ Yes, I was there before I stopped marking for both WAEC and NECO. The parking fee is ridiculous compared to the effort required to mark a script.   As a Biology practical marker in WAEC, I know what it takes and the time involved in marking a script. Also in NECO, I marked the theory for various cases and neither of the two parts of the examination is easy to mark.

“ It requires accuracy and diligence to do a great job on the scripts. A marker can have as much as 250 and more to deliver within a specified timeline and team leader vetting. Honestly, the marking fee should be increased because even the examination fees have been increased.   The stress involved is much that is why I stopped marking many years ago in 2006.  Many subject teachers are also getting discouraged and this is not a good sign for the examination bodies. The subject teachers need to keep marking to up their games in subject competency and be current in the expectations of examination bodies in order to prepare the students diligently.”

Why the low wage

Our correspondent contacted the two examination boards which the markers criticised their meagre remuneration and both gave reasons for the low pay and lack of increment over a decade.

In an interview with the Head of Nigeria National Office, WAEC, Mr Patrick Areghan, complained that the remuneration was low and couldn’t be increased over the years because of the cost of registration for the examination.

He said, “The inability to increase their remuneration since 2003 was because of the static fee because we use the registration fee to do everything. We are enhancing all the remuneration now that we have got approval to increase the registration fee. With this little adjustment, we are going to enhance the remuneration of all the markers. It is no longer possible to continue to provide services with the current fee of N13,950 per candidate. Furthermore, our ad hoc workers; supervisors, examiners, checkers, item writers and indeed all examination functionaries have been agitating for improved remunerations.

“We have received approval from the appropriate quarters with effect from WASSCE for school candidates, 2022, to charge N18,000 per candidate. We are therefore asking all school principals to collect N18,000 per candidate for registration. A part of this new fee has been dedicated to the enhancement of the remunerations for the various examination functionaries and our Governing Board has graciously approved the remunerations, which will come into effect from the WASSCE for school candidates, 2022.”

In addition, the spokesperson for NECO, Mr Azeez Sani said, “NECO appreciates the contributions of our examiners to the success story of the council over the years. Plans are afoot to increase the honorarium paid to our examiners for their invaluable service.  The present management under the  leadership of the Registrar/CE, Prof. Dantani Ibrahim Wushishi is working towards the implementation of the new pay regime for our examiners.”

Although Areghan and Sani did not disclose the new remuneration that the markers would earn, some of the markers and educators suggested what they felt was befitting for such a tasking job.

For Adekogbe, she suggested that WAEC should opt for e-marking, saying this would reduce manual marking. She also advised the examination councils to pay markers N25,000 for the two weeks of engagement.

“They should increase it. This is intellectual work and they must even be commended for doing such a great job. Without them how can our children get needed grades to enter into universities or polytechnics? We should also realise that the inflation and economic situation in the country has affected everyone even those who marked the examination papers! They go to the same market as others and they should not be left out in the increment in their allowance. I suggest a fee of N20,000.”

A marker,  Ayeni suggested that “At least 30k for the two or three weeks involved and subject to review based the economic situations.”

A former Federal Ministry of Education, Director of the Education Support Services, Mr Dennis Okoro, explained that going by the inflation rate and other changes, it was necessary that the examination bodies increased remuneration of markers. Okoro who didn’t suggest any figure for payment said there was no need to suggest a figure saying any just administration should know what is obtainable.

“Common sense is enough to know that from 2003 till now a lot of things have happened to the Nigerian economy; the inflation rate is there. Examiners have to travel from one place to another with all these, commonsense should tell them to adjust whatever they pay using inflation. They should also understand that we are getting to the digital economy, these things can be done automatically. It is not something we just say this per cent, that per cent, but it should be judged by at what rate is a bag of rice, transport fare etc. are increasing. This is what any good administration should consider. Look at the economy of Nigeria and find the rate of inflation to know the cost of rice, transportation; you will know it is ridiculous to keep a remuneration of 2003 in 2021. I can’t recommend any amount but  my common sense tells me things are not right.”

In the same vein, a professor of Economist and Public Policy, Prof. Akpan Ekpo, said both examination councils needed quality markers and as such, they ought to pay them well so that students would be adjudged correctly.

“I think they should pay more, both WAEC and NECO should pay more and it should be the same so we don’t have unnecessary competition. And they need quality markers too, so they should increase the remuneration to N25,000 for the two weeks task.

From the foregoing, hopefully, in 2022, the markers of these examination scripts should expect a rise in their remuneration.