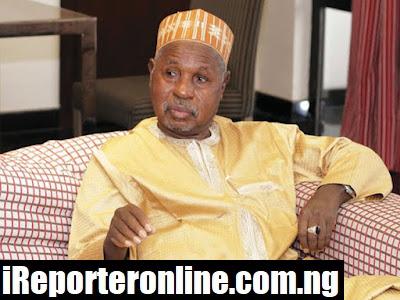 Aminu Masari, governor of Katsina, says his government will support residents who are willing to procure weapons to defend themselves against attacks.

Katsina has recorded a surge in the activities of bandits which has led to kidnappings and killings of residents.

Speaking at a media parley in Katsina on Tuesday, Masari said it is unfortunate how criminals get guns but “good people do not have the means to protect themselves”.

The governor said the number of security operatives in the state is insufficient to protect the lives and properties of residents.

“This security is for everyone and there is no political difference. What people should know is that in Katsina, you do not have 3,000 police [officers]. So, we call on anyone who can take up arms to defend themselves, himself and his family,” BBC Hausa quoted Masari as saying.

“Islamic law also allows a person to protect himself, his property and his family. If you die trying to protect yourself, you will be martyred.

“It is also unfortunate how robbers can get guns but good people do not have the means to protect themselves and their families.

“We will help those who want to import weapons because the people of Katsina need to support the security forces.”

This is not the first time the governor has asked residents to defend themselves against attacks by armed bandits.

In August, the governor asked residents of the state to “rise above meekness” and defend themselves against bandits.