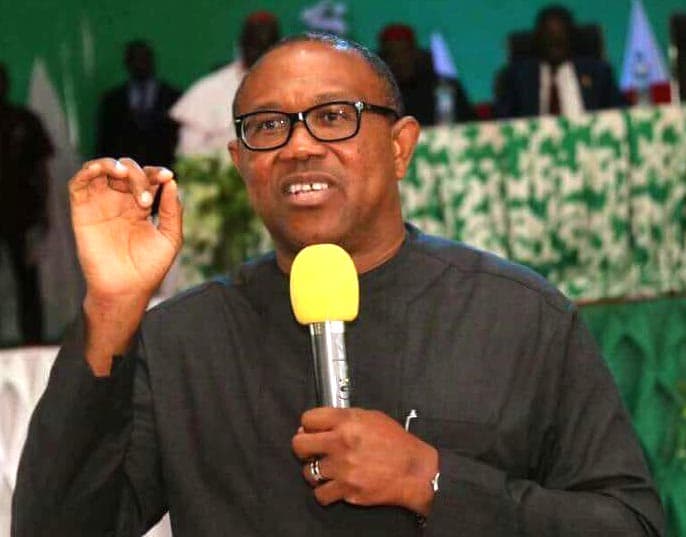 Peter Obi Has Done It Again On TV (DETAILS)

Twice, he was caught claiming that the country exported less than $30 billion of goods and services in 2021, underperforming smaller African peers such as Morocco.

Obi argued that Nigeria was “not a producing country” and has a weak export base, causing dollar scarcity in the country.

However, the French news agency AFP after factchecking him, found that his statement was false.

Official data shows annual exports from Nigeria have exceeded $30 billion for well over a decade.

Obi first made the claim during an hour-long interview that was aired on July 6, 2022, by Nigerian broadcaster Arise Television.

“Morocco is about 36 million, their export last year was over 50 billion dollars,” said Obi.

“In our own [exports] with oil included, it’s under 30 billion [dollars] and we’re 200 million [people]. Morocco didn’t export any oil.”

About two weeks later, he repeated the claim during a visit to Abia state.

“Nigeria is a country with 923,000 square kilometres of land, and a population of 200 million people. God blessed us with oil and other resources. We have over 100 million people living in poverty,” Obi said in the second interview.

“But to show that we are not a producing country, last year, our total export including oil was less than 30 billion dollars, that is why we can’t find dollars today.”

Indeed, Nigeria is the largest exporter of crude oil in Africa.

The commodity, which accounted for more than two-thirds of total exports in 2021, is the country’s biggest source of dollar inflows.

However, oil output fell in the first five months of 2022, raising fresh concerns about the country’s economic output and currency stability.

According to the World Bank, the value of Nigeria’s total exports in 2019 was US$ 53.6 billion. Macrotrends even estimated it to be $63.6 billion. Oil and gas accounted for $41 billion of the figure.

Morocco exported goods worth $47 billion in the same year. 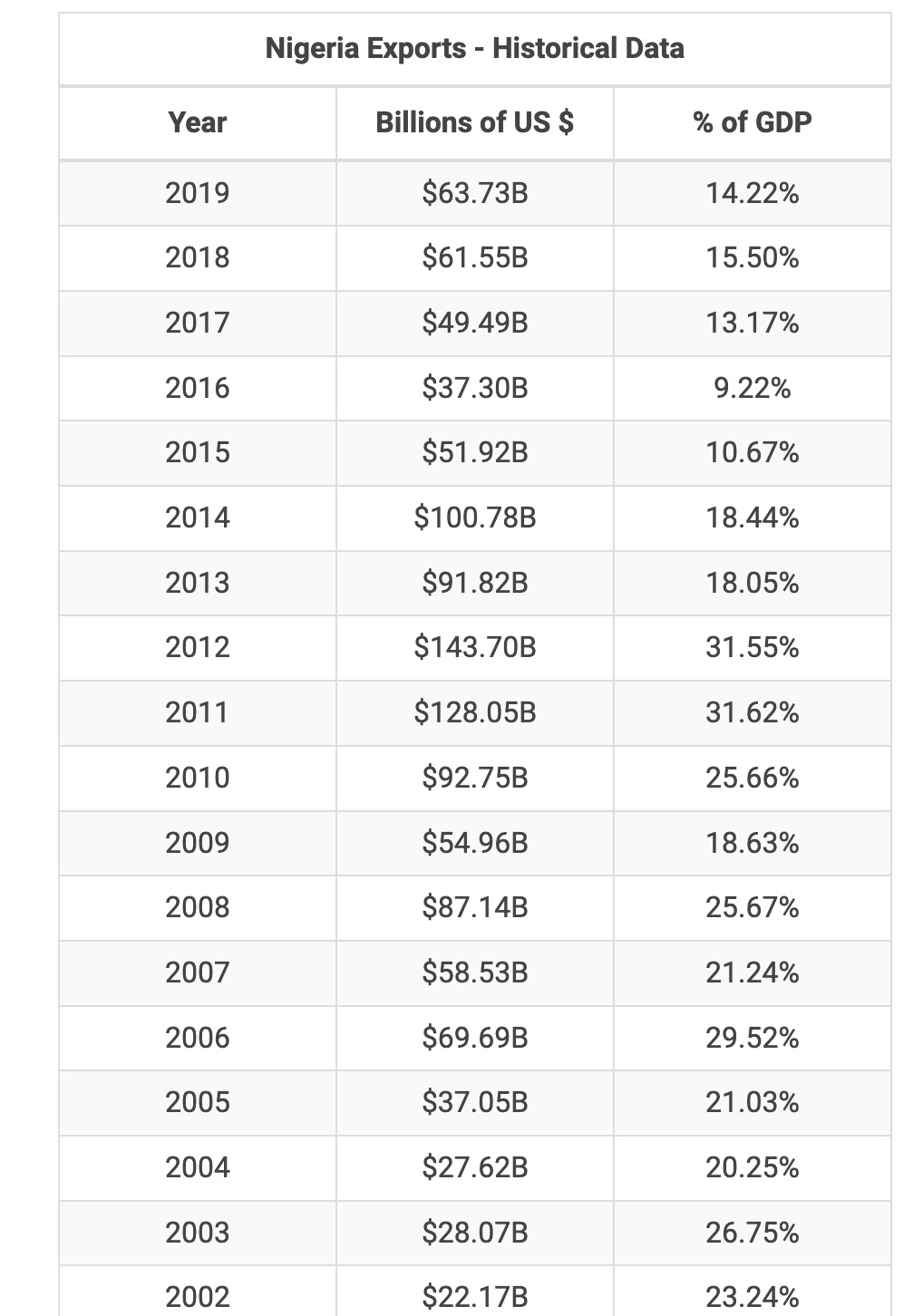 What Happened When Tinubu, Shettima Met Buhari In Abuja (PHOTOS)