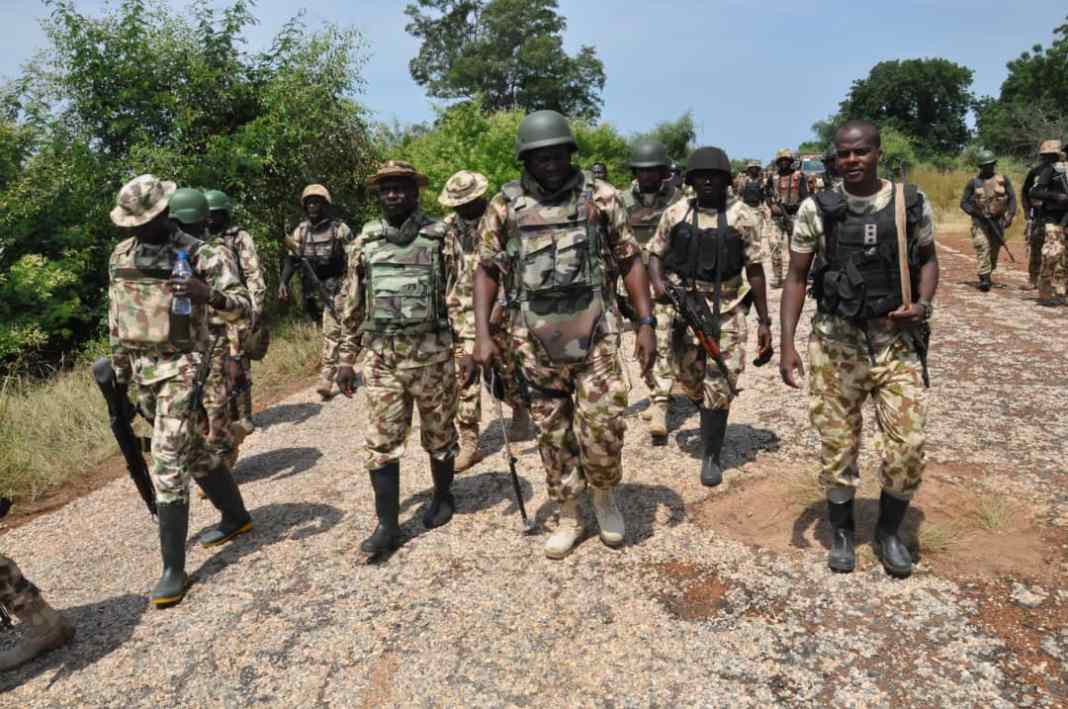 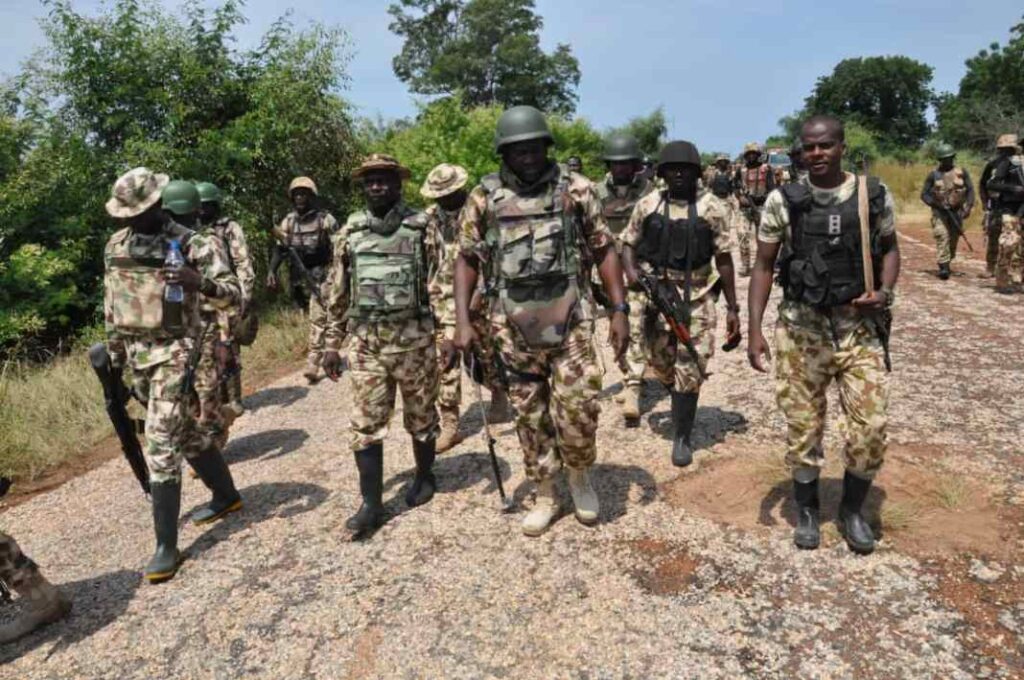 Soldiers from Ojo Military Cantonment on Wednesday beat a policeman identified as Inspector Monday Orube to death in Lagos over right of way.

The soldiers, who were said to be over thirty in number, were reported to have kidnapped two policemen who were working as traffic wardens to their barracks while the third officer managed to escape from being kidnapped,

A source claimed that the lane through which the soldiers were driving in a Coaster bus was stopped by the three policemen who were on duty at the time of the incident to allow other road users on the other lane to pass not knowing that the Coastal bus was conveying soldiers who were still behind.

The soldiers got infuriated and insisted on taking one-way during an argument with the policemen.

They were said to have pounced on the policemen and beat them to a pulp.

The soldiers then kidnapped two of the policemen to their barracks where the beating continued.

The source further said when the soldiers noticed that the abducted policemen had become unconscious, they decided to take them to their hospital at the cantonment.

However, one of the policemen, Inspector Monday Orube, unfortunately gave up the ghost on Thursday afternoon.

Another source further disclosed that the soldiers who were going to their cantonment in a Coastal bus, were stopped by the policemen and they got angry and asked why civilians will be allowed to pass before them.

“The three traffic wardens were beaten by over 30 soldiers before they were abducted to their cantonment.”

One of them was unconscious and they were both taken to their hospital, the source said.

The officers were kidnapped while their riffles which included two AK-47, with over seventy rounds of ammunition were in the custody of the soldiers since Wednesday when the incident happened and they are yet to be returned as at the time of filing this report.

The soldiers involved in this unlawful act were said to be among the lowest in rank who have only spent four years in service while the policemen are senior officers with over twenty years in service.

When contacted on the incident, the Police Public Relations Officer, Lagos State Command, SP Benjamin Hundey in, confirmed the incident.

He said: “It is true that an incident occurred between our officers and some soldiers numbering up to thirty on Wednesday around Ojo area of the state.”

He, however, said that the command and its sister agency (the army) involved in the incident are working together to resolve the issue.

Peter Obi Has Done It Again On TV (DETAILS)