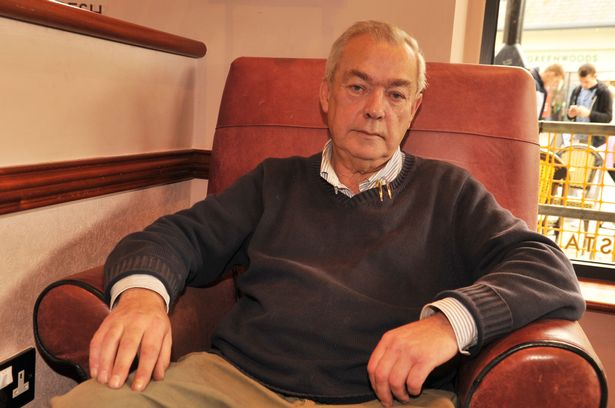 John Stevenson was found dead with his partner Mark Turner in Aberdare, Rhondda Cynon Taf, and today and inquest heard the cause of his demise is unknown.

The coroner said it is likely that the BBC reporter died last year from natural causes due to his poor health.

There were no suspicious circumstances surrounding the two men’s deaths, the inquest heard today in Pontypridd, and experts ruled out carbon monoxide poisoning as well as an “electrical accident.”

Broadcaster John, 68, was found in his home on the floor next to his bed just yards away from his partner after police forced their way into the property, Mirror reports.

Law enforcement went to the home to check in after a district nurse didn’t receive a response from Mark.

John was cared for by Mark during the last twelve months of his life, after suffering multiple strokes.

His first stroke was in 2013 during his time working as a political correspondent for the BBC in north Wales.

He then had another stroke in 2017 and the inquest heard that he did not do the physiotherapy he had been prescribed which led to his condition worsening.

John went on to lose all mobility and the ability to speak.

Coroner David Regan told the inquest that Mark had been attempting to lift John before they died and said Mr Stevnson has “likely died prior” to 12 March but it was impossible to determine the exact date.

The coroner also heard evidence that Mark was finding the role of being John’s full-time carer difficult.

When new’s broke of John’s death, last year, Head of news and current Affairs at BBC Wales Garmon Rhys said: “He was an articulate commentator who had a sharp mind and his conversational manner made his reports memorable.

“As we remember John today, we remember an extremely likeable character who was a joy to work with.”

ohn joined the BBC in Cardiff as a researcher but left because he was an alcoholic.

During the height of his addiction battle, he became homeless, losing contact with family and friends.

John described being arrested as a turning point, which is when he started fighting his addiction and rejoined the BBC in 1997 until retiring in 2013.

JUST IN: Oby Ezekwesili Gets Fresh Appointment From Governor-elect, Soludo