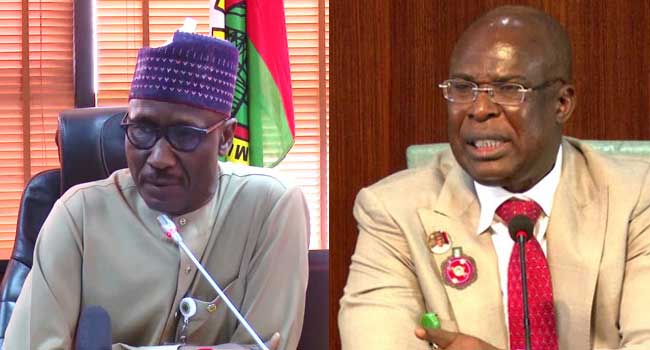 The House of Representatives has summoned the Minister of State for Petroleum, Timipre Sylva, and the Group Managing Director of the Nigerian National Petroleum Company Ltd, Mele Kyari.

Channels Television gathered that the House Committee on Fuel Consumption is summoning the officials for being absent at the public hearing of the committee.

Also to appear before the lawmakers are the Governor of the Central Bank of Nigeria (CBN), Godwin Emefiele, the Managing Director of the Pipelines Products Marketing Company (PPMC), Mallam Isiyaku Abdullahi as well as the Permanent Secretary in the Ministry of Petroleum Resources.

The Deputy Majority Leader of the House, Peter Akpatason, represented the Speaker, Femi Gbajabiamila, at the hearing.

He said the committee members were disappointed that such critical stakeholders would choose to be absent, considering how important it is to ascertain the daily consumption to see if it corresponds with the subsidy payments.

The Speaker also expressed his worry that their absence could be seen as an attempt to frustrate the investigation.

Meanwhile, the Federal Government has explained why it cannot remove subsidies on the Premium Motor Spirit (PMS), popularly called petrol, at this time.

Minister of Communication and Culture, Lai Mohammed, who spoke during an exclusive interview with Reuters in London, said many other nations were introducing measures to help citizens cope with high oil energy prices, hence Africa’s most populous country could not be an exception.

Nigeria is Africa’s largest oil exporter but still has to import almost all its fuel needs due to a lack of refining capacity. The Federal Government shelved plans to abolish fuel subsidies earlier this year, a move that raised concerns with the International Monetary Fund (IMF).