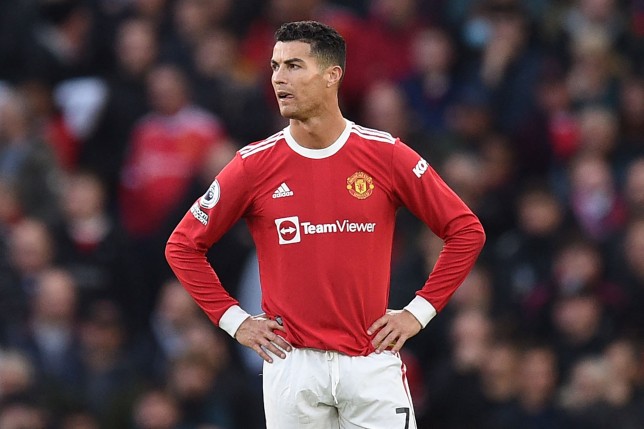 Chelsea are considering a move for Manchester United forward Cristiano Ronaldo, who has informed the Red Devils he wants to leave this summer. (Athletic – subscription required)

Ronaldo, 37, could be willing to join Chelsea, but the Blues are yet to decide whether to make a formal offer for the Portugal international. (ESPN)

Ronaldo is also willing to take a significant pay cut to his £500,000-a-week deal at Manchester United. (Independent)

Chelsea are in advanced talks with Manchester City for England forward Raheem Sterling, 27, who is valued at around £50m by the Premier League champions. (Sky Sports)

Tottenham have made an enquiry for Barcelona’s Netherlands international forward Memphis Depay, 28, who can leave the Nou Camp for £17m. (Sport – in Spanish)

Villarreal’s Spain centre-back Pau Torres, 25, is still a target for Tottenham despite the imminent arrival of Lenglet. (Mirror)

Tottenham forward Steven Bergwijn, 24, turned down offers from Everton and Manchester United in favour of a move to Ajax. (De Telegraaf – in Dutch)

Everton and West Ham have both registered their interest in signing Albania international Armando Broja, 20, from Chelsea, with the striker valued at £30m. (Mail)

Leeds are also closing in on a £20m deal including add-ons for RB Leipzig’s USA international Tyler Adams, 23, as a replacement for Kalvin Phillips after the England international joined Manchester City. (ESPN)

The Elland Road side are in talks too with Club Bruges over a move for 21-year-old Belgian forward Charles de Ketelaere. (Mail)

Brighton are keen on Argentine left-back Nicolas Tagliafico, 29, who is available from Ajax for just £3.3m. (Sussex Live)