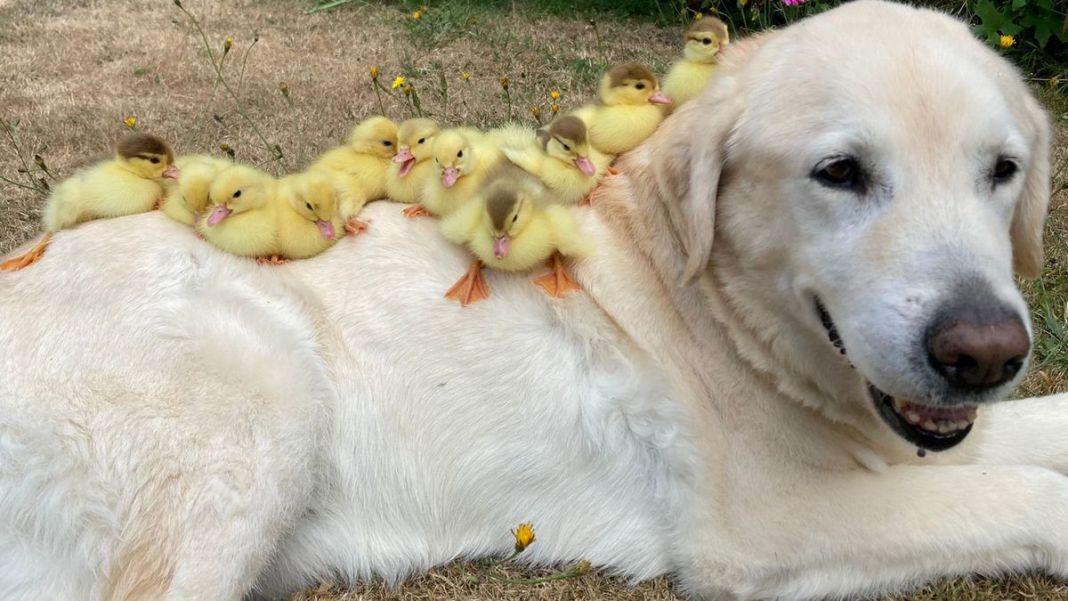 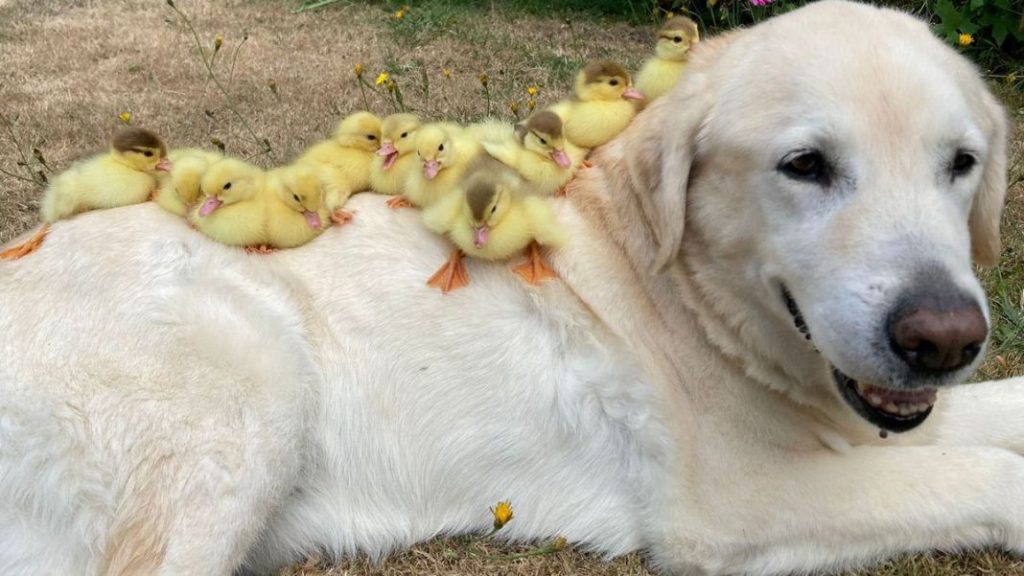 A loving Labrador dog, named Fred, has taken on the responsibility of 15 orphaned ducklings, after their mother suddenly disappeared.

A report by the Daily Mirror claimed that Fred, the 15-year-old Lab, is no stranger to being a foster father.

In 2018, he made headlines when he raised nine abandoned ducklings in a similar situation.

Years later, the old dog has become the proud dad to a new brood.

A series of pictures show the tiny ducklings huddling between Fred’s front legs and resting proudly on his back, as they lay together in the sun.

The bright yellow balls of fluff appear to be happy and comfortable, tucked up closely to their new parent.

Fred is the resident pooch at Mountfitchet Castle near Stansted, Essex, where the ducklings’ mother mysteriously disappeared overnight.

Ever since, Fred has made sure to look after his new furry foster children, carrying them around on his back and showing them off to staff and visitors.

Fred owner, Jeremy Goldsmith, who is also the director of Mountfitchet Castle, says he isn’t surprised that Fred found a new family.

“Over the 15 years of owning him, Fred has spent a lot of time at the Castle with the animals and it has become second nature to him being amongst the various rescued animals,” he told the Daily Mirror.