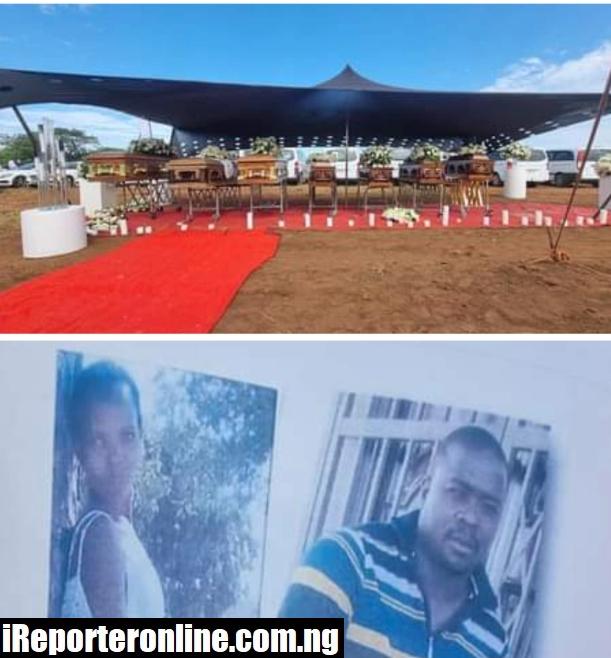 The seven family members including four children killed by a relative were laid to rest in Limpopo, South Africa on Saturday, January 1, 2022.

The murder accused, 52-year-old Enoch Ndou, allegedly killed his relatives in a dispute over a family house.

Police say the accused was reportedly at odds with his elder brother’s sons over a house left by his late father.

Enoch, who handed himself over to police shortly after the incident, made a brief appearance in the Malamulele Magistrate’s Court last week amid calls by community members that he should not be granted bail.

He was remanded in custody with the matter postponed to 5 January, 2022.