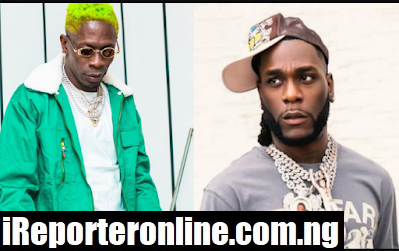 The war of words between Burna Boy and Shatta Wale doesn’t look like it’s ending anytime soon as the Ghanaian singer has fired back at the Nigeria superstar.

Recall Shatta Wale has been ranting for days about Nigerians not doing enough to promote Ghanaian artists and their music in Nigeria. In Burna’s initial reply, he accused Shatta Wale of pushing an agenda of separation and then proposed a one on one fight with him to squash it off.

While Shatta Wale wants to instead face Burna Boy in a freestyle battle, the Nigerian singer had to clarify that he’s only interested in a physical fight between them, adding that he wants to see the Ghanaian singer’s teeth and blood on the floor.

Hitting back at Burna Boy in a series of tweets, Shatta Wale made several claims against the Nigerian singer while insisting he only wants lyrical battle and not fist fight.

In some of his tweets, he mocked Burna for allowing his mom to manage him, claiming she’s controlling his career, accused him of hiding his father from everyone. He also claimed that he helped Burna when he had a Police case in Nigeria, and alleged that the Nigerian singer is a 5minutes man.

Read his tweets below. 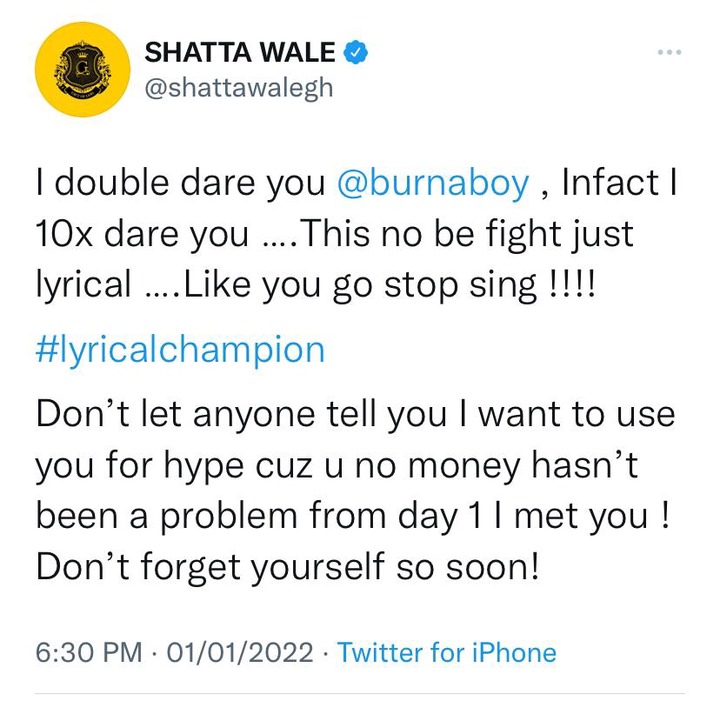 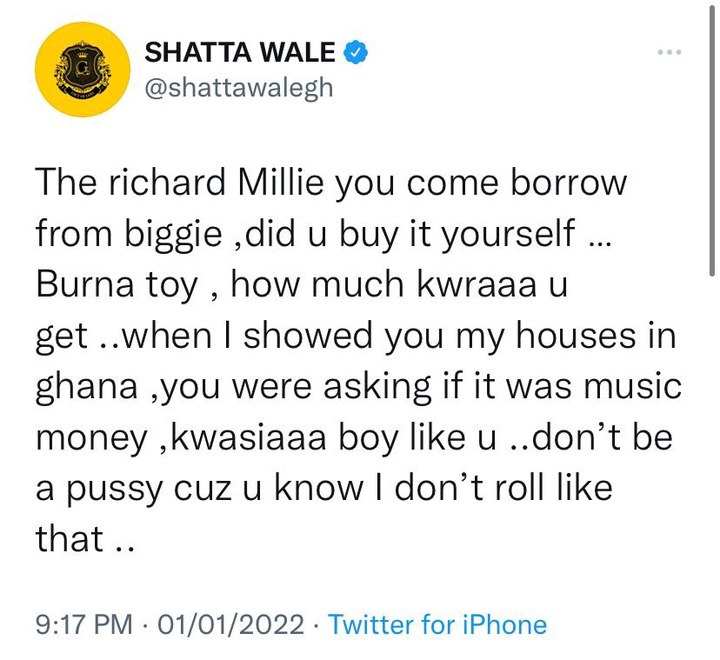 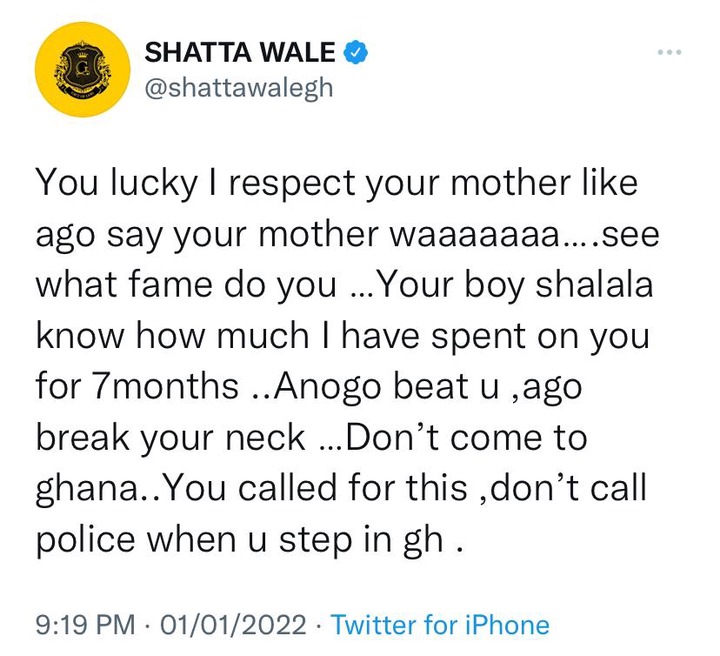 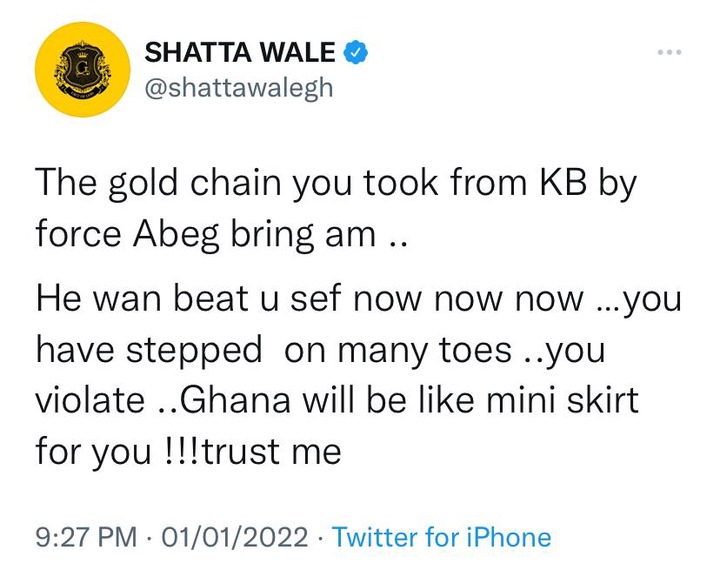 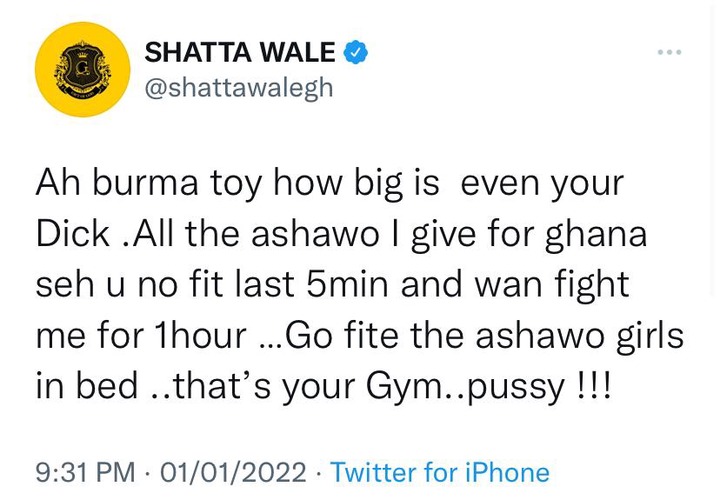 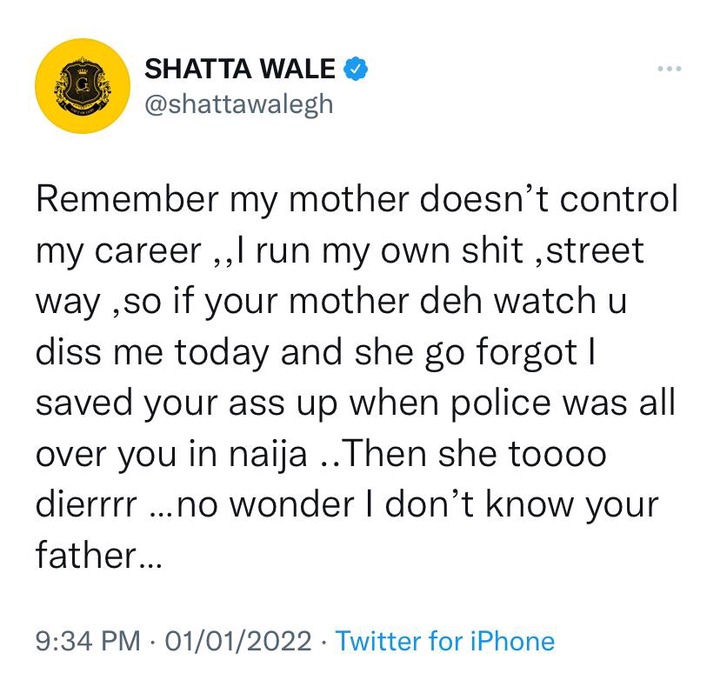 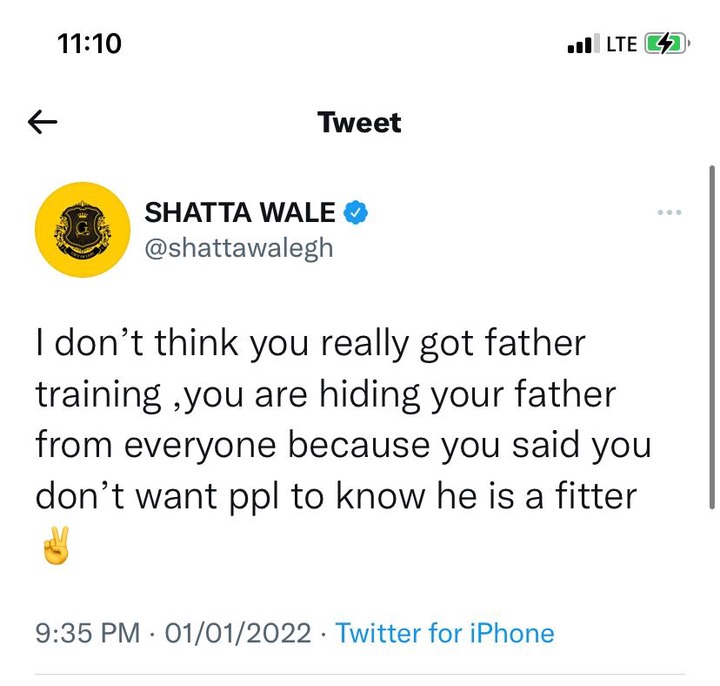 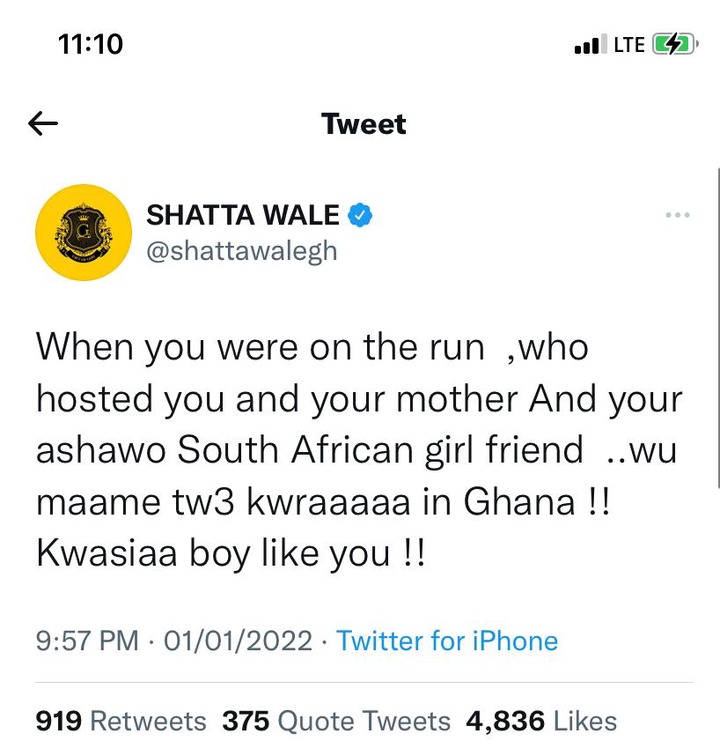