So Sad!! Popular Footballer Dies Aged 25 After Collapsing In Training 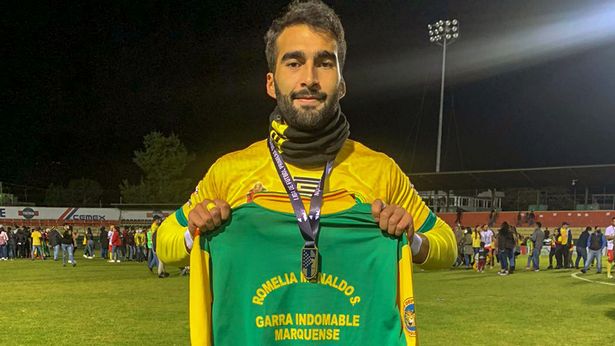 The Deportivo Marquense defender was rushed to hospital on Monday morning after stating he was unable to breathe at the end of a training session at the Marquesa de la Ensenada stadium.

Having received emergency CPR at the scene of the incident, Menaldo was transferred to the Hospital de Especialidades in San Marcos where he later died.

The club have refused to release an official statement at this time until they have received consent from Menaldo’s family and more details about his death.

Deportivo Marquense had recently been crowned champions of Guatemala’s second division with Menaldo a central figure in their title-winning defence.

Speaking after the confirmation of Menaldo’s passing, President of Deportivo Marquense, Hernan Maldonado, shared his condolences.

“One does not come out of astonishment,” said Maldonado, via ESPN

“A young, dynamic and jovial person, this happens to him. It is quite strong and shocking because you lose not only a player, you lose a friend.

“God has his plans and his purposes, but unfortunately we have the death.

“It was around 11:00 hours that they called me to inform me that Marcos had fainted in training and they transferred him to the assistance centre where they did everything possible, but unfortunately, the death was confirmed.”