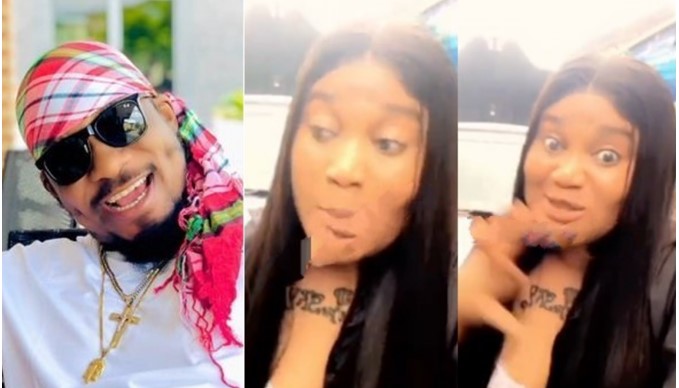 A popular slay queen identified as Esther Sky has claimed she had an amorous affair with Nollywood actor, Junior Pope Odonwodo.

In a video that is circulating on social media, Esther, who made Gossip news months ago for tattooing his name on her body alleged that the actor slept with her, and even dared him to deny the allegation.

The Instagram big girl also said that she never drew any tattoo of Junior Pope, rather, he begged her to make a video saying that she tattooed his name because she is a big fan.

READ ALSO: Hilarious!! Slay Queen Escapes Through The Window Of A Man’s Room After His Wife Caught Her (Video)

She threatened to release proof of their escapades if the married actor, so much as denies sleeping with her.