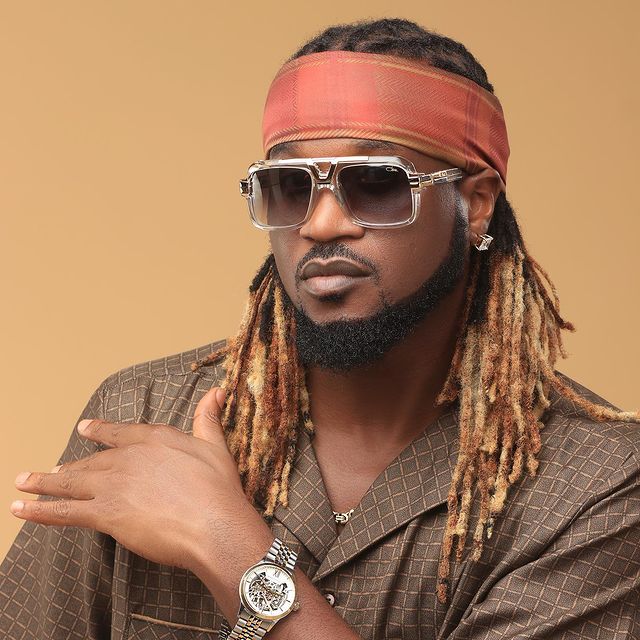 Paul Okoye known as Rudeboy has been alleged to have impregnated the house-help of his wife Anita Okoye and that is why she is demanding for divorce since she can’t share her husband with her house help.

The divorce papers of Rudeboy and Anita Okoye hit the net a few days ago and Anita was alleged to be demanding over 7M from him as monthly support money and now it’s been alleged that he got their help pregnant.

According to a blogger, Rudeboy has been disrespecting his wife Anita by sleeping with anything in a skirt and that includes the house-helps she would bring to come and help her in taking care of the family.

The blogger also alleged that Rudeboy sorted to using violence on his wife when she got tired of how he was sleeping around with every single woman that comes his way and that is why she relocated to the US with the kids.

“Hello tueh tueh,the way marriages dey take to fold up nowadays ehn, no be small matter o,our oga, Egbon Paul is a Gbola sharer and him no respect anyone with that him gbola, him dey use am do give away left, right and centre.

He sleeps with anything under the skirt even the house help, he goes as far as bringing home women to their matrimonial bed and has been caught on different occasions and promised to turn a new leaf but he never did until the wife got tired,at some point it generated to domestic violence and madam couldn’t hold it again that he had to find an excuse to relocate with their kids,however things were going well between them when Anita travelled until Anita started knacking a certain man for obodo oyinbo, according to her, she can’t say this is one thing that Paul did for him while they were together,he talk say boda Na akagum and boda Dey talk say na sapa dey cause am, uncle Paul sha got to find out say a aunty get another Oniduro(knacker ) for Obodo oyinbo, him come vex ,naso the matter turn yam pepper scatter scatter ,That is is to say Oga can’t take what he dishes out ,as the matter take be now,madam is asking for 7.8m monthly for child support, wahala no come too much like this, i come in peace.”

BBNaija: Nini And Saga Talks About How Cross Had An Erection While Bathing JMK (Video)