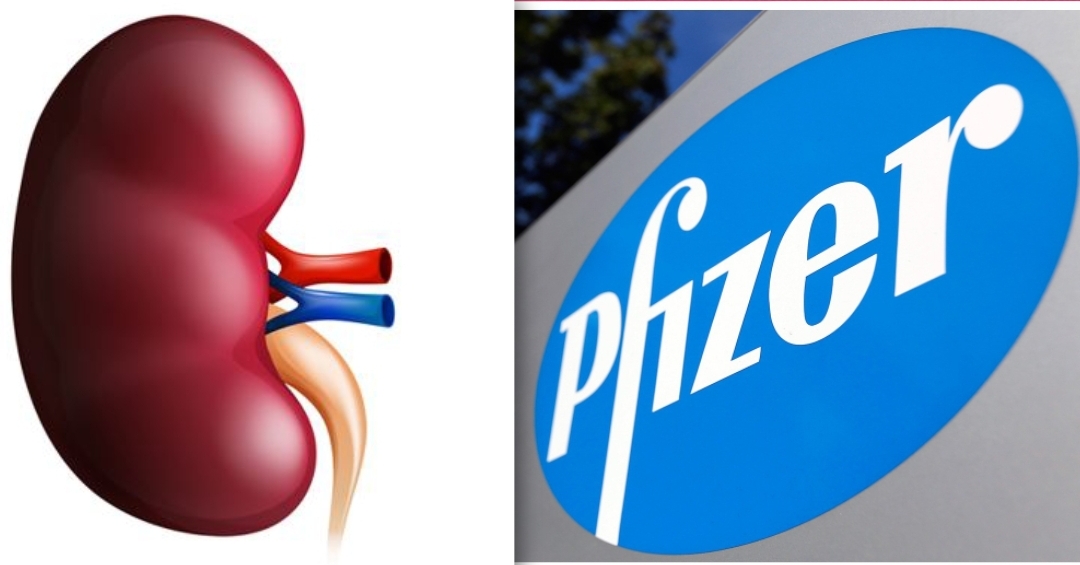 Kidney failure will kill you in Nigeria. Did you say tufiakwa? Did I hear you say that it is not your portion? 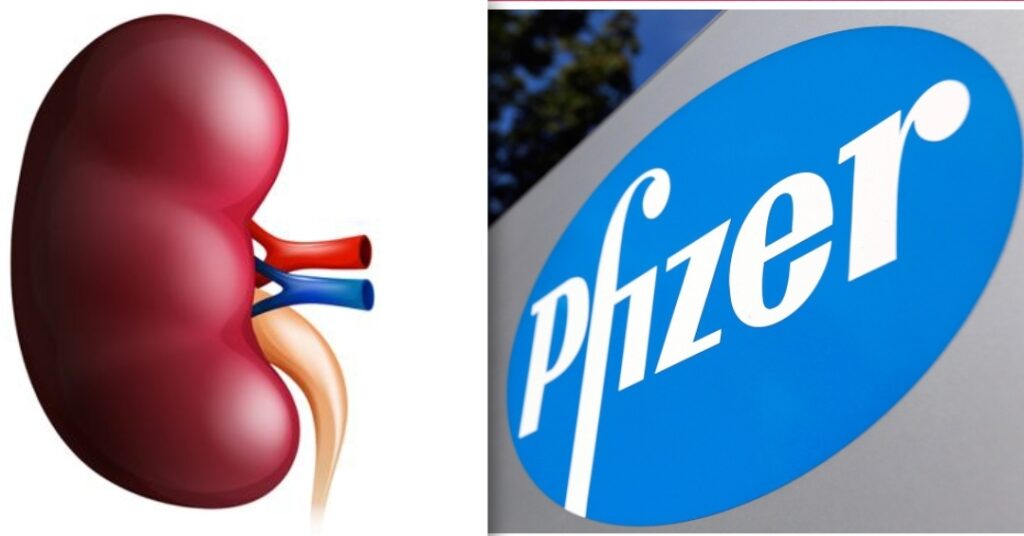 You can say that again.

Kidney failure will kill you. Here is why. Besides all the factors listed above that make you prone to kidney failure in Nigeria, there is a new and unexplored one that is likely responsible for the astronomical increase in the number of cases of kidney failures in Nigeria. This new factor is the unregulated explosion of foreign and traditional herbal supplements that have flooded the Nigerian medication market in the absence of a functional, affordable, and reliable healthcare system.

Every month, friends and families send me various names of supplements to buy for them. As the story goes, others had recommended these supplements to them with irrefutable testimonies that they cured one ailment or another. And as the claim goes, most of them cure multiple ailments.

I did a little Google search. I discovered that the medicine manufacturers were in Malaysia, but one of their major marketers in Nigeria is the Revoobit Health Store. They have a Facebook page and a website. The website just collects your information. The Facebook page provided a phone number to call and register. I watched a YouTube video that Revoobit “brought to you” to promote the “medicine.” Here is the video.

Watching the video, the producers apparently ripped it off from other documentaries on MIRA life cell plasma exchange therapy like this one https://youtu.be/mfv2wkYm37I . Other than saying that the video was brought to you by Revoobit, it did not bother to connect the viewers to how Mirra –cell, the medication they are marketing, used the MIRA life plasma exchange therapy to achieve its miracles. There was no need to go that far. Miira-cell and MIRA life plasma exchange therapy sounded alike, and the video showed white people wearing white coats in sophisticated laboratories in America and Asia. It also mentioned Nobel Prize winners. Shekinah! It helps that the narrator was a white person too, so Africans will believe him.

In another video on their Facebook page, a Nigerian narrator marketing the “medicine” presented the medication and a network marketing Ponzi scheme that promised to make anyone who signed up a millionaire if they brought other people into the scheme- just the typical template.

According to the narrator, Mirra-cell is a stem cell product that promises to cure over 100 different health challenges of people. He mentioned a few- diabetes, stroke, heart disease, Parkinson’s disease, fast aging, sexual dysfunction, prostate enlargement, high blood pressure, etc. It would cure these diseases by repairing the body cells. It would even rejuvenate the user’s skin and make the person look younger than their real age. It touched on all the concerns the overwhelming majority of Nigerians have.

I listened to see if the narrator would talk about clinical studies and laboratory evaluations of the miracle medication’s efficacies, but there was none. I wondered if any of the contents of the concoction had ethylene or diethylene glycol-based solvents that lead to chronic oxalate toxicity, which in turn causes kidney failure. But again, the narrator did not bother to say a word on that. Most likely, he did not know and did not care. And the people that the Nigerian government pays to monitor products brought into Nigeria do not know and do not care.

Like its local cousins marketed in Molues and luxurious buses, the scope of ailments this miracle ‘medicine’ promises to cure made me check how much Viagra made in the first 20 years of its existence. Originally developed to treat cardiovascular problems in 1989, during clinical trials in 1993, Pfizer discovered by accident that men getting the medication were lying on their stomachs when nurses checked on them.

They were embarrassed that they were getting erections. Pfizer patented sildenafil citrate, the active ingredient in Viagra in 1996. And in the first 20 years of selling the medicine, the company made over $20 billion. And this is a medicine that cured just one of the over 100 aliments that Miira- cell claims to cure.

If the miracle Miira-cell can cure just one of the ailments it claims, it would not need to build a Ponzi scheme around its marketing. It would just get approval from the Food and Drug administrations of various countries of the world, and the medicine would fly off the shelves, just like Viagra. For those ready to blame international conspiracies, even approval from Malaysia’s own Food and Drug Administration is enough for Miira-cell to be successful across the globe.

Undiscerning members of the public who are sick and in their most vulnerable state are at the mercy of producers and promoters of “medicines” like Miira-cell. In a country where quality healthcare is either lacking or unaffordable for the majority of the populace, marketers of miracle drugs are the final option for those who are too decent to go to a prophet or a juju priest, or an alfa. It is also an option for those who have tried prayer houses or homes of traditional medicine practitioners but failed to find relief.

The other thing that struck me was how intelligently the promoters of miracle drugs like this one had mastered the marketing strategies of African pastors. They promise the same thing these pastors and juju priests promise – quality life – quality life that entails a mixture of good health and prosperity. Genius!

Not even America is immune from the influx of supplements from herbs and other sources of alternative medicine. But the American populace has a clear understanding that if a product does not have the Food and Drug Administration (FDA)’s approval, it is not the same thing as a product with FDA approval. That line of demarcation is not blurred as it is in Nigeria.

But the regulatory body does not stop there. FDA periodically studies these supplements and issues warnings to users. The warnings typically say the product may be harmful, illegal, of unproven efficacy, can lead to infections, disabilities, and even deaths. Various laboratories in research centers across America carry out clinical trials to investigate claims made by manufacturers and marketers of these supplements.

The disconnect in Nigeria’s life is that we somehow think that we can top all the terrible lists of development indexes with no ramifications. Sorry to spoil your day, they do. Those statistics used to arrive at those figures and tables have real-life consequences.

If you think about it, you will be frightened. A civil servant at the Standards Organisation of Nigeria (SAN), whose job is to ensure that products allowed into Nigeria are of the expected standard, will collect bribes allowing substandard products to come in. These products are marketed to unsuspecting citizens. It means that the National Agency for Food and Drug Administration and Control (NAFDAC) official, who approves the production of drugs and drinks, and vaccines, will take bribes to allow the production and importing of dangerous orange juice, medicine, and food to the market near you.

Sometimes, we disconnect the activities of these people from us. We assume that what they do does not have an impact on us. But it does. Their actions and inactions can kill you.

Maybe we disconnect their activities from us because these people who do these things are ‘us’. They are our fathers, mothers, brothers, sisters, uncles, aunts, or just people we know. While they are taking a bribe to look away, they do not connect the potential impact of their action on us. But their actions and in-actions can kill you.

We also disconnect their activities from us because we have prayed. We have covered ourselves with the blood of Jesus or sprinkled a prophet’s holy water on our bodies or placed some cowries from a shrine around our waists or necks.

A chemical that will destroy the cells of your kidney will not change its mind because you sprinkled holy water on yourself. The chemical will not refuse to attack your kidney tissues once you have ingested it into your body because of a picture of your pastor by your door. A rouge chemical in your substandard orange juice or supplement does not obey the commandment of a juju priest’s cowries.

It obeys only the laws of biology, chemistry, and physics. One of those laws is Newton’s law that says, “for every action, there is an equal and opposite reaction.” In a layman’s language, it means, if you sprinkle salt on an earthworm, the skin dries out, shrinks, and it dies. No begging, no holy water, no prayer, no cowries will stop the osmosis that will follow as soon as the salt lands on the earthworm. It is the same as what happens to your kidney as soon as dangerous chemicals you put into your body get to it. It will kill your kidney and consequently, kill you.

When you get kidney disease, no amount of supplements will go into your body to reverse it. Some of these supplements will even go in and do more harm than good. Think about this before you place the next supplement into your mouth to cure one of the 101 ailments troubling you. The supplements you consume may only hasten your death.