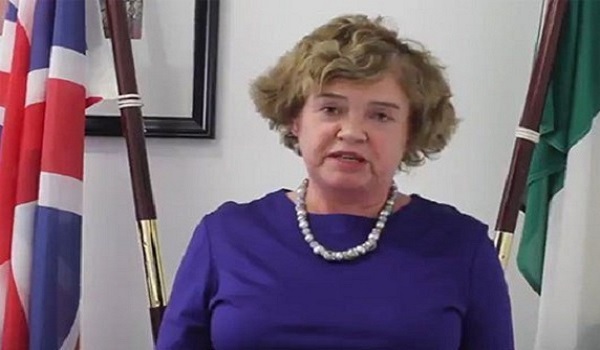 The British High Commissioner to Nigeria, Catriona Laing, has explained that the United Kingdom removed Nigeria from its travel red list based on “scientific and public health data”.

She stated this in a statement on Tuesday, saying Nigeria and 10 other countries will be removed from UK travel red list effective 4am on Wednesday.

The move follows anger from Nigeria and other African countries, with the United Nations describing the ban on non-UK residents entering England as “travel apartheid.”

The regime of the President, Major General Muhammadu Buhari (retd.), had also threatened to retaliate and impose travel restrictions on the UK, Canade, amongst others.

The British government had on December 4 placed Angola, Botswana, Eswatini, Lesotho, Malawi, Mozambique, Namibia, Nigeria, South Africa, Zambia and Zimbabwe on its travel ban following the outbreak of the Omicron variant of COVID-19.

Read Also 2023: Tinubu Speaks On Turning Down Calls For Him To Contest For Presidency

It said the red list was reintroduced as a precaution after the emergence of the Omicron COVID-19 variant, which has been recorded in over 50 countries including Nigeria and the UK.

The government had said the ban would be reviewed on December 20 but announcing the new development on Tuesday, the UK Health Secretary Sajid Javid said the Omicron had spread so widely that the rules are now less effective.

Also, Laing, said, “On Tuesday 14th December, UK Ministers made the decision – based on scientific and public health data – to remove Nigeria from the UK’s travel red list. The emergence of the Omicron variant is a reminder that the COVID-19 pandemic is not over, and like all countries around the world the UK has had to take difficult decisions to protect public health.

“We took this necessary precautionary action to give us time to understand the challenge we and others faced, and to slow down the spread of Omicron while scientists urgently assessed what impact the variant has on vaccines, treatments and transmissibility. When we announced the heightened restrictions we made clear that we would remove them as soon as we could, and that is the decision Ministers have taken today.

“I know this will be welcome news for students, tourists, businesses and families in the UK and Nigeria, although I recognise the impact that these temporary health measures have had.”