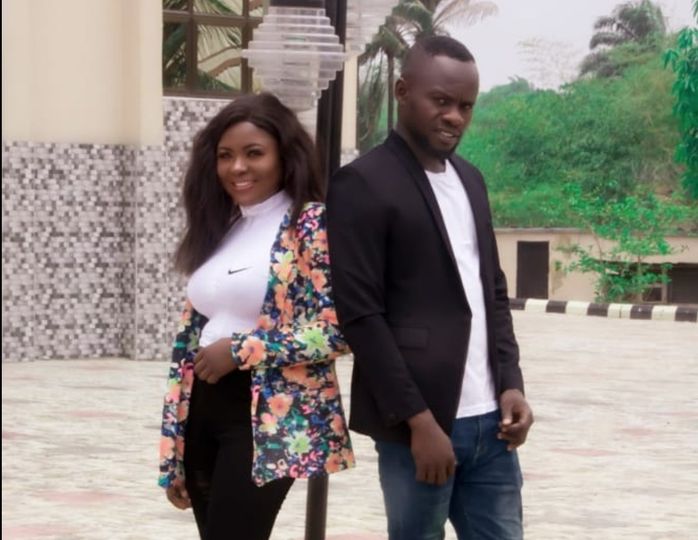 David Okike, the Nigerian man whose fiancée, identified simply as Ada Uburu, on Facebook called off their scheduled wedding, has accused her of terminating their pregnancies three times.

Uburu had called off her wedding, scheduled to take place on Saturday, over alleged domestic abuse.

However, Okike has debunked her claims, saying he had never raised his hands on her before.

He claimed Uburu had terminated three pregnancies because, according to her, she did not want to have a child outside wedlock.

Okike on Facebook also revealed that Uburu is currently pregnant for him and he won’t collect the bride price he paid for her until she delivers the baby.

He wrote, “Contrary to the statement my wife posted on her Facebook (page), this is my story.

“Let me first clarify that we have dated for over 8 years. Within these years, I have never on any occasion, irrespective of the level of provocation, raised my hand on her and this is because I respect and adore her.

This is difficult for me to bring to the public domain but I am aware that he who asserts must prove and that silence sometimes means acceptance and as such, I am handicapped safe from letting the public into this issue. I am now certain that she isn’t the woman meant for me.

“Even after terminating three of my pregnancies without my consent. Why would a rational thinking woman keep quiet while I spend heavily on wedding arrangements when she was convinced she didn’t want the marriage to hold?

“She had always maintained that she never wanted a child before wedlock, which I accepted and respected her decision because of the love I have for her. After paying her bride price in 2020, she took in and terminated the pregnancy… That was the third pregnancy she terminated.

“I thank God that she is taking this direction and I accept and respect her decision. But telling lies to play a victim is way beyond normal and unacceptable.

“Regardless of what happened, she is having my child, and the Uburu tradition and culture don’t allow that I receive the dowry I paid as she is pregnant for me at present, when she delivers my child, I will surely receive my dowry.”

N25m Libel Suit: Linda Ikeji Attacks Law Firm For Announcing Their Victory Against Her On Twitter