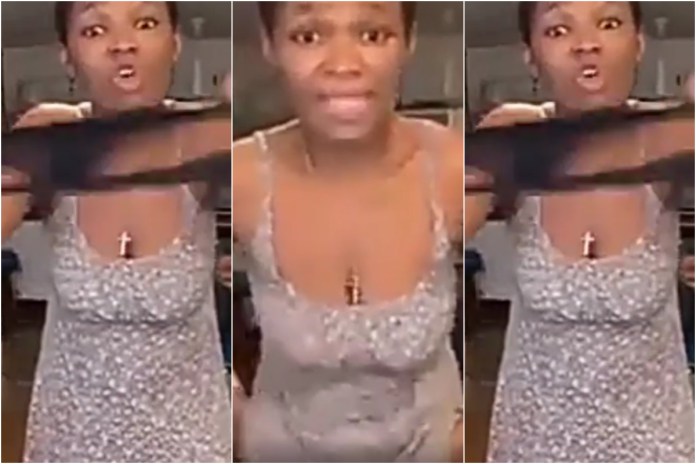 The video captures the moment a devastated Ghanaian lady was seen placing curses on a guy who happened to be her ex-boyfriend.

From the video, she felt the break-up like a gunshot wound. The guy’s name according to her is Amankrado’s.

Read Also Meet Angela Gesare, The lady Who Is Causing Commotion Online With Her Assets (Photos)

She said his manhood will not function again and when he thrusts his manhood in a woman’s pvssy, it will be inflicted with many diseases that can’t be cured.

The lady removed her pant as she was laying the curses on her ex-boyfriend.