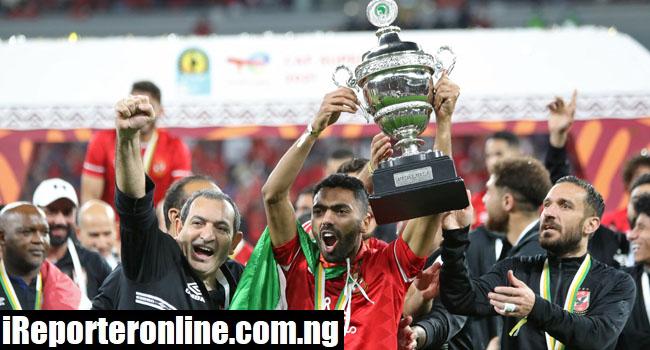 Taher Mohamed and Akram Tawfik played key roles as Al Ahly of Egypt edged Raja Casablanca of Morocco 6-5 on penalties after a 1-1 draw to win a CAF Super Cup thriller in Qatar on Wednesday.

Mohamed levelled during the final minute of regular time in Al Rayyan, firing a low shot into the corner of the net after being set up by South African Percy Tau.

Raja had led from the 13th minute when an Abdelilah Madkour shot deflected off Yassir Ibrahim into the net at the Ahmad Bin Ali Stadium, one of eight 2022 World Cup venues.

In a superb exhibition of penalty taking, the clubs converted five each to send the shootout to sudden death.

Tawfik nudged Ahly ahead for a sixth time with a kick that gave Raja goalkeeper Anas Zniti no chance before a large crowd in the 45,000-capacity ground.

Madkour had to score to keep Raja in contention, but he blazed his shot over the crossbar and Ahly celebrated a record-extending eighth Super Cup success. 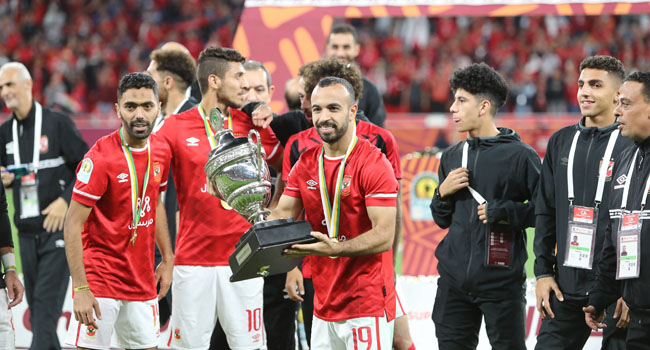 Mosimane, who joined Ahly in 2019 from Pretoria club Mamelodi Sundowns, has won six CAF club titles, two less than record-holder Manuel Jose, the Portuguese who had two spells in charge of Ahly.

In the other dugout was Belgian Marc Wilmots, who joined Raja last month and will be hoping for a more successful second stint in Africa after lasting just six months as coach of the Ivory Coast.

The nail-biting success confirmed Ahly as the dominant force in Africa with 23 titles — 10 in the CAF Champions League, eight in the Super Cup, four in the Cup Winners Cup and one in the Confederation Cup.

TP Mazembe from the Democratic Republic of Congo and another Egyptian club, Zamalek, share second place with 11 titles each.