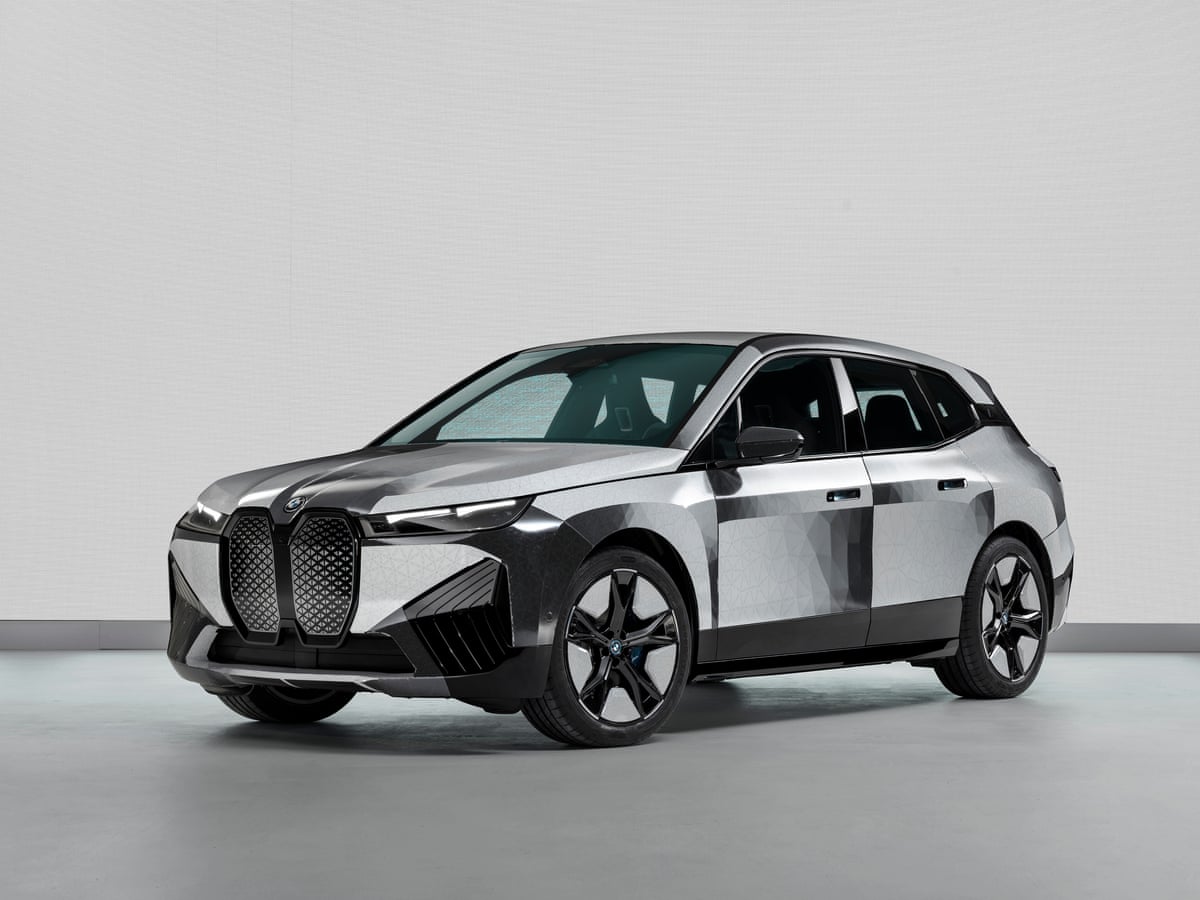 BMW Unveils Car That Changes Colour At Touch Of A Button 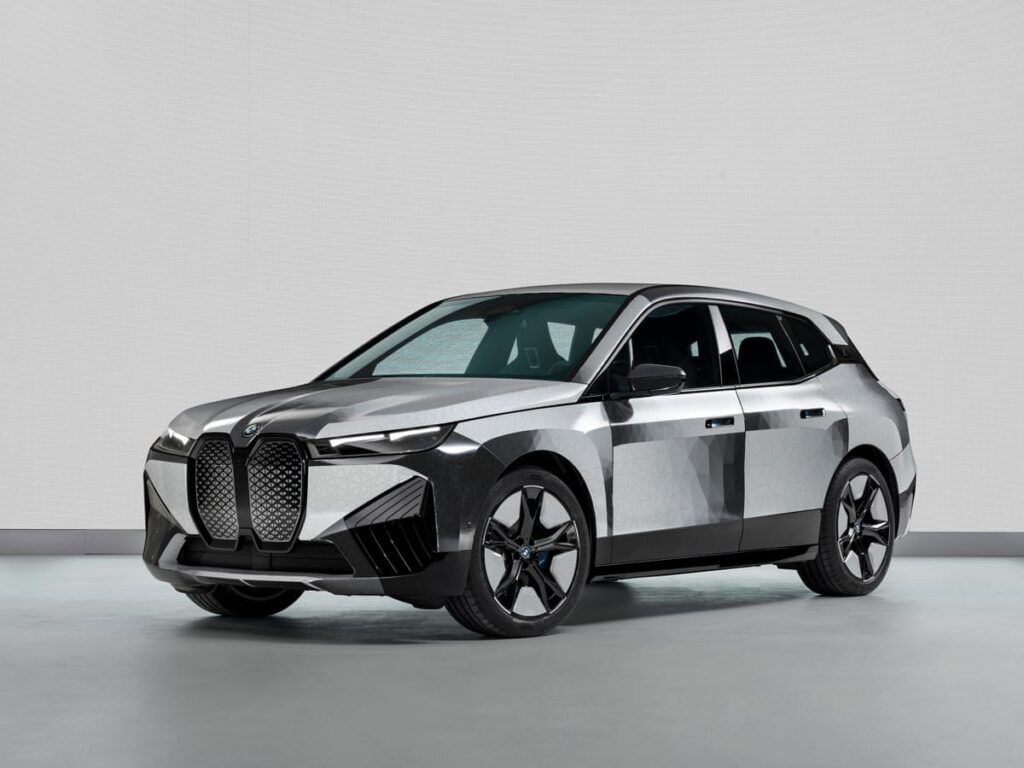 BMW has unveiled a chameleon car that changes colour, in the latest attempt by automotive firms to combine their vehicles with cutting-edge technology.

The German car firm said it was “bringing the car body to life” with the specially developed body wrap for its all-electric iX SUV model, which uses the same technology as Amazon’s Kindle e-reader.

At the touch of a button, a driver can change the shade of the car’s exterior, allowing the colour to shift between black and white or even light and dark stripes by activating electronic ink in the wraparound shell.

“You decide what you want to wear, what your social media status is – and you can decide what your car looks like,” said Stella Clarke, BMW’s project lead on the vehicle. Clarke added that the technology could be used to locate the car by making it flash when the driver is looking for it, or to display the vehicle’s battery capacity externally.

According to BMW, the effect is created by applying an electrical charge to microcapsules – which contain particles of white and black pigments – suspended within a liquid encased in the wrap. The colour alternates depending on whether a negative or positive charge is applied, causing either the white or the black pigments to collect at the surface of the microcapsule.

The concept car, which is not available for public sale, was unveiled at the annual Consumer Electronics Show (CES) in Las Vegas, where automotive firms increasingly advertise their products alongside mobile phone, gadget and TV screen makers.

The agricultural machinery firm John Deere has unveiled a smartphone-controlled autonomous tractor at CES this week, while Sony revealed plans to start an electric car company, General Motors announced an electric version of its Chevy Silverado pick-up truck and Mercedes-Benz revealed a concept electric car with a range of 1,000km – almost double the distance of a Tesla Model S. Apple, which does not exhibit at CES, has been working on a self-driving electric car that, according to a recent report, could be launched in 2025.

New products shown by consumer electronics firms at CES this week include a portable Smart TV projector by Samsung, an autonomous home on wheels from LG and the official name for Sony’s new virtual reality headset, which will be called PlayStationVR2.

Many of the product announcements have been made virtually after regular attenders such as Google, Microsoft, Intel and the Facebook owner Meta pulled out of physical appearances due to Covid-19 fears.

Another Prominent Nigerian Is Dead