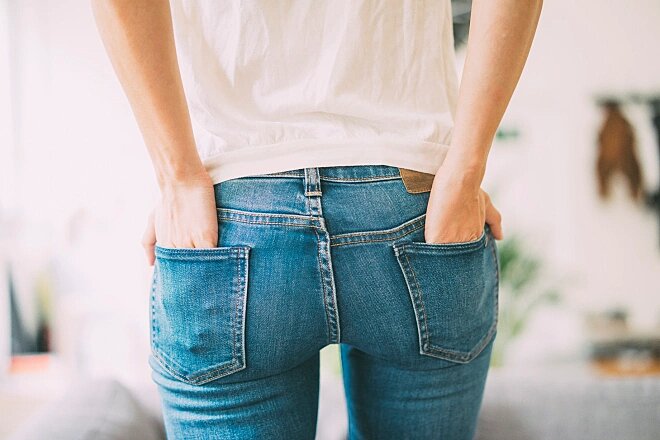 Have you ever compared women’s clothes to men’s and wondered why we get such little pocket space compared to mens roomy pockets?

Expert Emily Keller, who has been a fashion designer for 10 years, explained that ladies’ pockets are smaller, or often fake, because it cuts costs to reduce the size and fabrics used.

One of the most asked questions about women’s clothing is why the pockets in womens jeans and dresses are so often missing or very tiny.

Whilst the pockets of men’s trousers can easily fit their phone, wallet, keys, AND more but you’re unlikely to be able to get even a smartphone into most ladies jean pockets.

So, what’s the reason behind the major fashion injustice?

Sharing on Quora, Emily revealed all as she said: “There are 3 reasons women’s clothing are made with fake pockets, or no pockets at all.

Emily continued: “And with the craze of fast fashion, there’s no reason to make quality functional clothes. Better profit margins for the companies when you eliminate pockets.

“The focus of cheap clothing tends to be the visual aesthetics and trendiness. With higher price points, comes thoughtfully designed pieces with a focus on timelessness, longevity, quality, and function, in lieu of trendiness.

“Two – It breaks up the human form.

“Since women’s jeans are, nowadays, meant to fit right against the body, the outline of the two extra layers of fabric for front pockets is quite visible. (And building off of point #1, cheap fabric is thinner. So the pocket outline is VERY visible.)

“Then, if you actually put anything in those pockets, you’ll have a smooth leg silhouette from ankle to mid-thigh.

“Then a lumpy clumpy bulge on the upper thigh.”

“Most women’s jeans are made with some amount of Lycra stretch in the fabric. If there are actual pockets being used, the fabric stretches out and you’d have wrinkly empty pockets.

“You know how the knee area gets a little stretched out? The same thing happens to pockets when stretched with things inside of them.

“And don’t blame the fashion designer, because it’s probably not their fault. We tend to do our job, and design thoughtful garments. But what it really comes down to is budget. There’s only so much we can do.”

So, according to this fashion designer, it comes down to money, but the history of pockets in women’s clothing also holds the reasons they’re so often left off designs.

In the Middle Ages, both men and women wore pocket-like bags which hung from a strap beaneath their clothes but as clothing became more streamlined these were cut from women’s garments.

On medium.com, it was revealed that during the French Revolution, both external and internal pockets were banished from women’s clothing to stop them from concealing and carrying restricted materials.

By the 1790s women had no choice but to instead use small decorative bags, called reticules, that could scarcely fit a hankie and a coin – thus the beginning of handbags began.