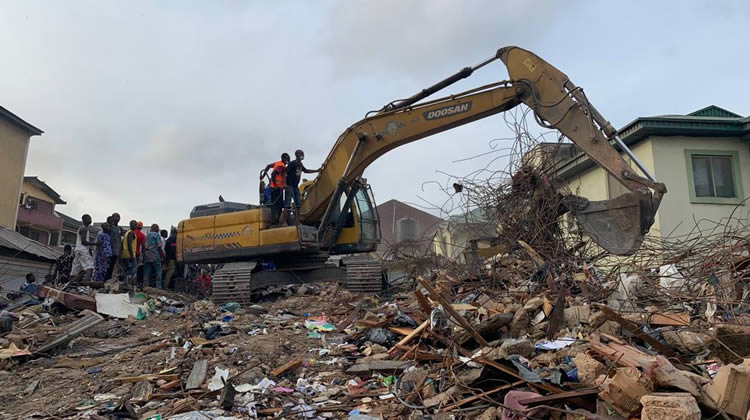 One person has been confirmed dead in a fresh building collapse on Freeman Street, Lagos Island.

It was learnt that the two-storey building which was under construction came down during heavy rainfall in the area.

“One rescued alive and one died. Responders are on the way,” he said.

No fewer than 10 persons were killed on Sunday, May 1, 2022 when a three storey building collapsed at Ebute Metta, Lagos Mainland.