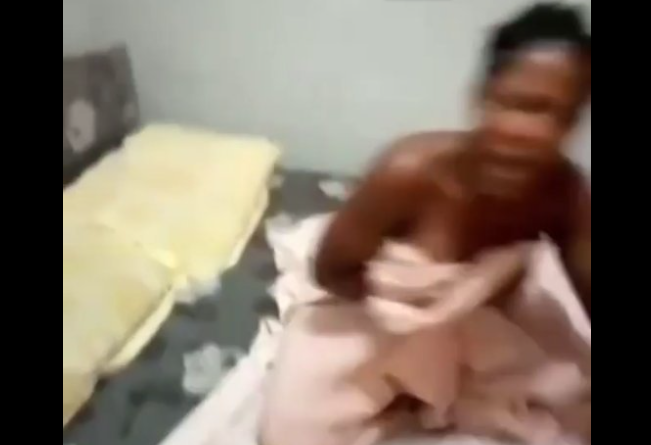 A man got the shock of his life after he busted his girlfriend exchanging fluids with another man who happens to be his best friend.

According to reports, the man had for a long time suspected that his best friend was secretly ‘chewing’ his girlfriend.

He had monitored their moves and realized something fishy was going on between the two.

He set a trap for his cheating girlfriend confirmed his worst fears.

He caught his best friend red-handed on top of his girlfriend busy enjoying her goodies.

Watch the dramatic video as shared by atinkanews.