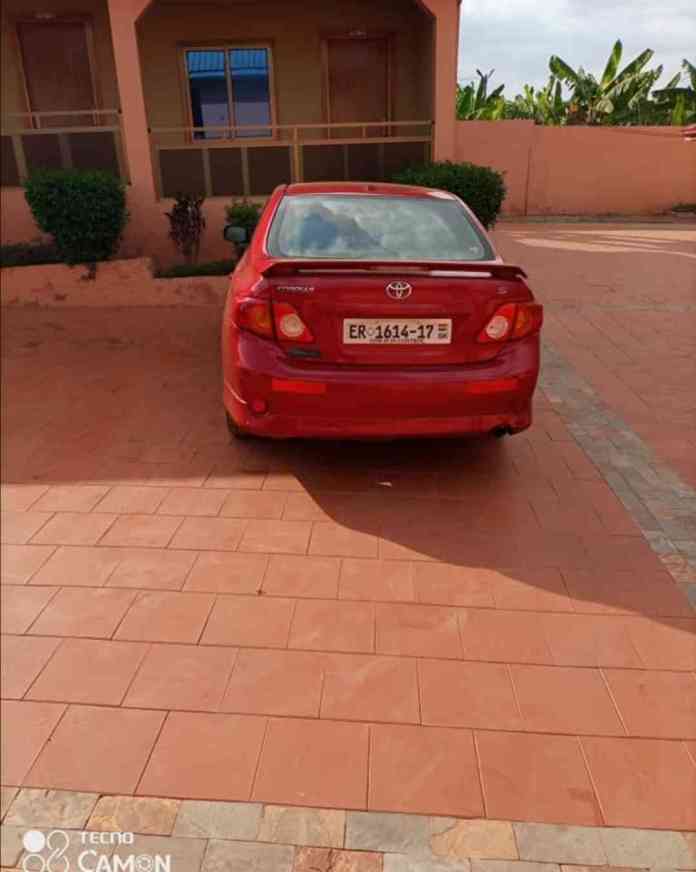 According to a report, The man who gave his name as William Agyei came to the guest house on December 19, 2020, in a Toyota Corolla registered ER 1614 -17 with the young lady.

The next day, a receptionist of the guest house found Mr Agyei dead when she entered the room to carry out normal room service.

Read Also Woman Caught Her Husband “Sleeping With A 17-Year-Old Girl”, See What She Did To The Girl (Photos)

According to the receptionist, she decided to go into the room after she knocked the door to the room several times but received no response.

Upon entry, the receptionist noticed that the young lady who checked in with Mr Agyei had absconded.

The sad incident was then reported to the Effiduase Police where preliminary investigations were set in motion.

Police found a number of s3x enhancing drugs including v¡agra , Deep Heat spray, b£ndroflumethiazide tablets and other used tablets in a bag believed to belong to the deceased.

Another bag containing clothes of the deceased and an amount of GHC 2000 were also found in the room.

Mr Agyei was discovered with foam coming out of his mouth.

The lifeless body has since been conveyed to St Joseph’s Hospital Morgue for preservation awaiting autopsy.

Mr Agyei’s car has been taken to the police station with the law enforcement agencies trying everything in their power to find the young lady who was with now late Mr Agyei.

Tension As Transport Worker Dies During Fight Over N500 Bet