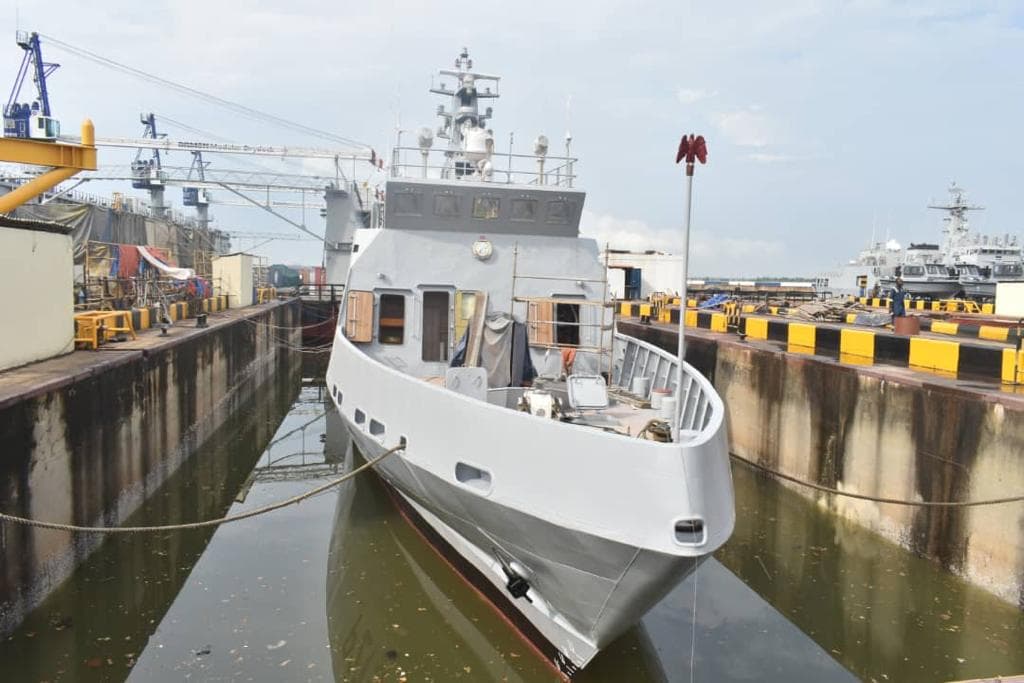 All is set for the commission of a seaward defence boat which was locally constructed by the Nigerian Navy.

The warship was built locally by Naval engineers at the Navy Dockyard Limited, Victoria Island, Lagos.

The ship which is expected to be deployed will also help in the war against pirates and sea robbery along the nation’s waters and it is the third of such warship built locally by Naval engineers.