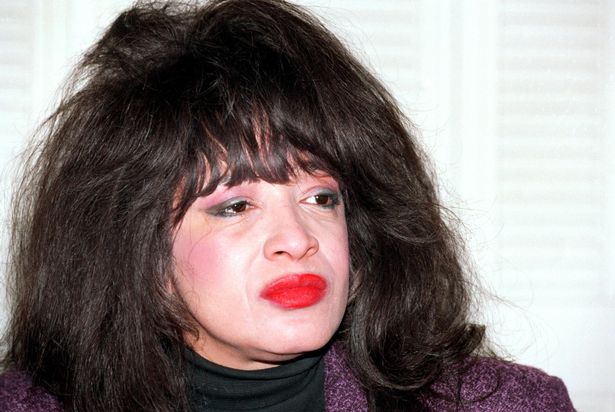 The singer’s family announced the news on her official website on January 12.

The statement read: “Our beloved earth angel, Ronnie, peacefully left this world today after a brief battle with cancer.

“She was with family and in the arms of her husband, Jonathan.

“Ronnie lived her life with a twinkle in her eye, a spunky attitude, a wicked sense of humour and a smile on her face.

“She was filled with love and gratitude. Her joyful sound, playful nature and magical presence will live on in all who knew, heard or saw her.

“In lieu of flowers, Ronnie requested that donations be made to your local women’s shelter or to the American Indian College Fund.

“A celebration of Ronnie’s life and music will be announced in the future. The family respectfully asks for privacy at this time.”

Ronnie was the leader of the girl group The Ronettes, who also celebrated hits such as “Baby I Love You” and “Walking in the Rain.”

The group were also behind the hit Be My Baby

Boosted by the prowess of legendary record producer Phil Spector, The Ronettes became one of the top acts of the 1960s girl-group era.

The group toured England with the Rolling Stones and were friends of the Beatles.

Spector’s sister Estelle Bennett and cousin Nedra Talley made up the other members of the group.

They were known for their sexy look and powerful voices, as well as scoring many of their biggest hits.

The group scored hits with “Walking in the Rain” and “I Can Hear Music” which was co-written by Spector, Jeff Barry and Ellie Greenwich.

“We weren’t afraid to be hot. That was our gimmick,” Spector said in her memoir.

“When we saw The Shirelles walk on stage with their wide party dresses, we went in the opposite direction and squeezed our bodies into the tightest skirts we could find. Then we’d get out on stage and hike them up to show our legs even more.”

Spector, born Veronica Bennett, and her bandmates grew up in the Washington Heights area of Manhattan.

They began singing and dancing in clubs as Ronnie and the Relatives, becoming noteworthy for their liberal use of eyeliner and mascara.

The group’s debut albumPresenting the Fabulous Ronettes Featuring Veronica was released in 1964. Five of its 12 tracks had made it to the U.S. Billboard charts.

She is survived by her husband, Jonathan Greenfield, and two sons, Jason and Austin.

Fans have since paid tribute to the star following the tragic news.

One fan tweeted: “RIP Veronica Bennett, aka Ronnie Spector, sister of Estelle and cousin of Nedra, her fellow Ronettes. A vibrant and gracious woman.”

Another added: “Reading about the passing of beautiful, talented Ronnie Spector today. Very sad. John truly admired her and I’m sure he was there on the other side to give her a warm hug. No doubt about it. God Bless, sweet lady. She had such a great voice and style.”

A third person posted: “RIP Ronnie Spector… You and Eddie Money can do that duet in heaven.”