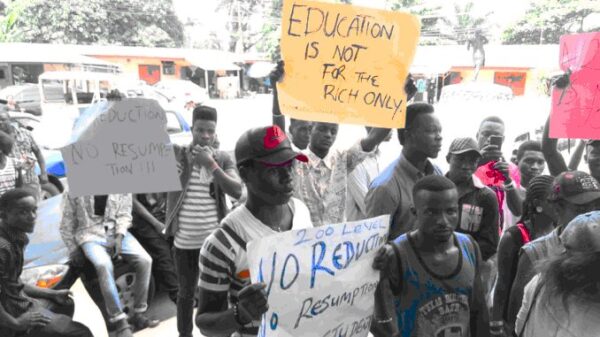 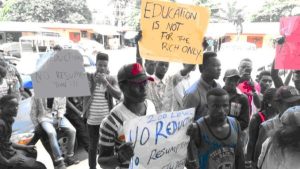 Sani Liti, chairman of the New Nigeria Peoples Party (NNPP) in Katsina, has asked the All Progressives Congress (APC) and Peoples Democratic Party (PDP) to “sacrifice” funds made from the sale of nomination forms to support the Academic Staff Union of Universities (ASUU).

Liti said this on Friday at a media briefing in Katsina.

ASUU has been on strike  since February 14 over the federal government’s failure to honour an agreement on issues bordering on funding of universities, as well as salaries and allowances of lecturers.

Meanwhile, prior to the party primaries, there had been varied reactions to what stakeholders described as the “high cost” of nomination forms for aspirants seeking to contest on the platforms of the APC and PDP.

The APC and PDP had fixed the prices of their nomination and expression of interest forms for presidential hopefuls at N100 million and N40 million, respectively.

Although there were instances in which forms were purchased for candidates who didn’t eventually contest, the APC had announced 23 persons for its screening, while the PDP had screened 17 aspirants.

Liti said the prolonged strike has forced millions of students out of the class, adding that if APC and PDP make the donation, it will cover a significant part of the funds requested by ASUU.

He also suggested crowdfunding for ASUU.

“If the more than 10 million young Nigerians are allowed to continue to remain at home, we ask Nigerians to start an ASUU back-to-class contributory fund,” he said.

“We believe that Nigerians shall contribute money to ASUU and have them return to classes. Should 60 million Nigerians contribute N1,000 only, the total money should be about N60 billion.

“Political parties, especially PDP and APC, should also sacrifice all their income from the sale of forms, estimated to be over N30 billion, to ASUU.

“In addition, the major candidates, alhaji Atiku Abubakar and Mr. Bola Tinubu, should also sacrifice half of the amount they expended during the convention of their political parties.”