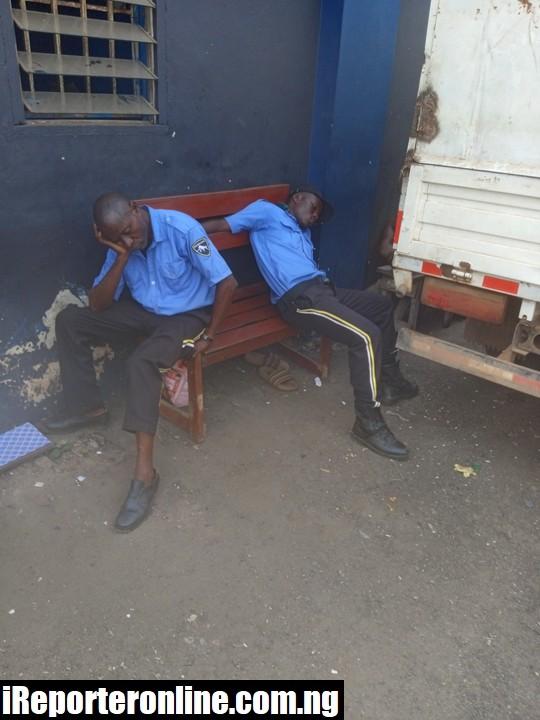 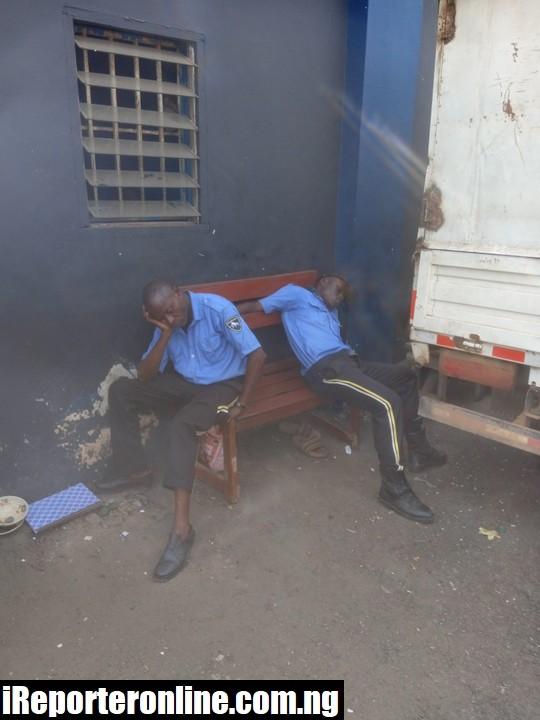 While many reacted humorously to the photo saying its too much stress and that they were tired and needed some rest others condemned the act saying its a lapse on the part of both men.

They were of the view that such an act seen from both men could lead to kidnapping, robbery in that premises or even in the neighbourhood.