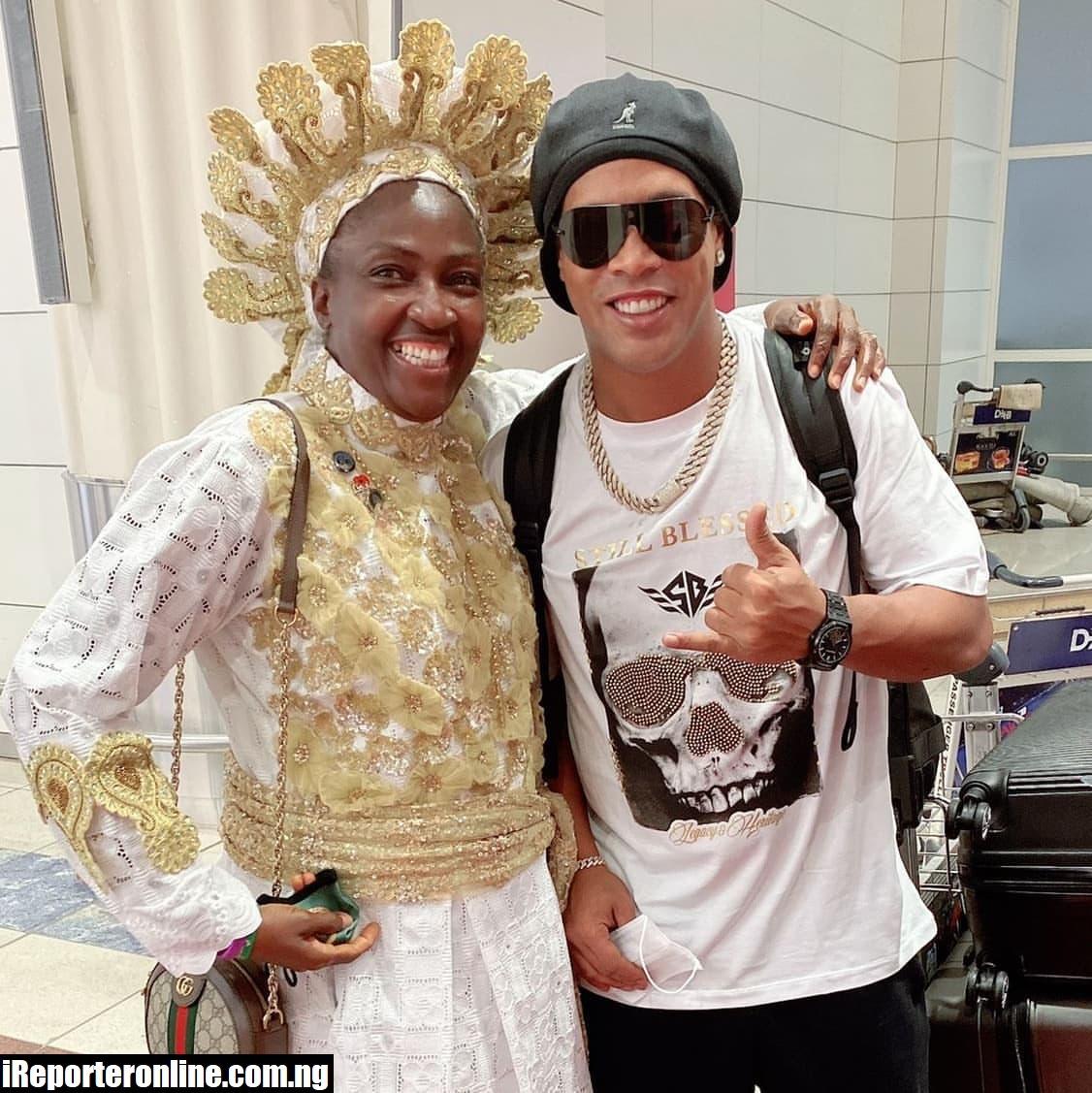 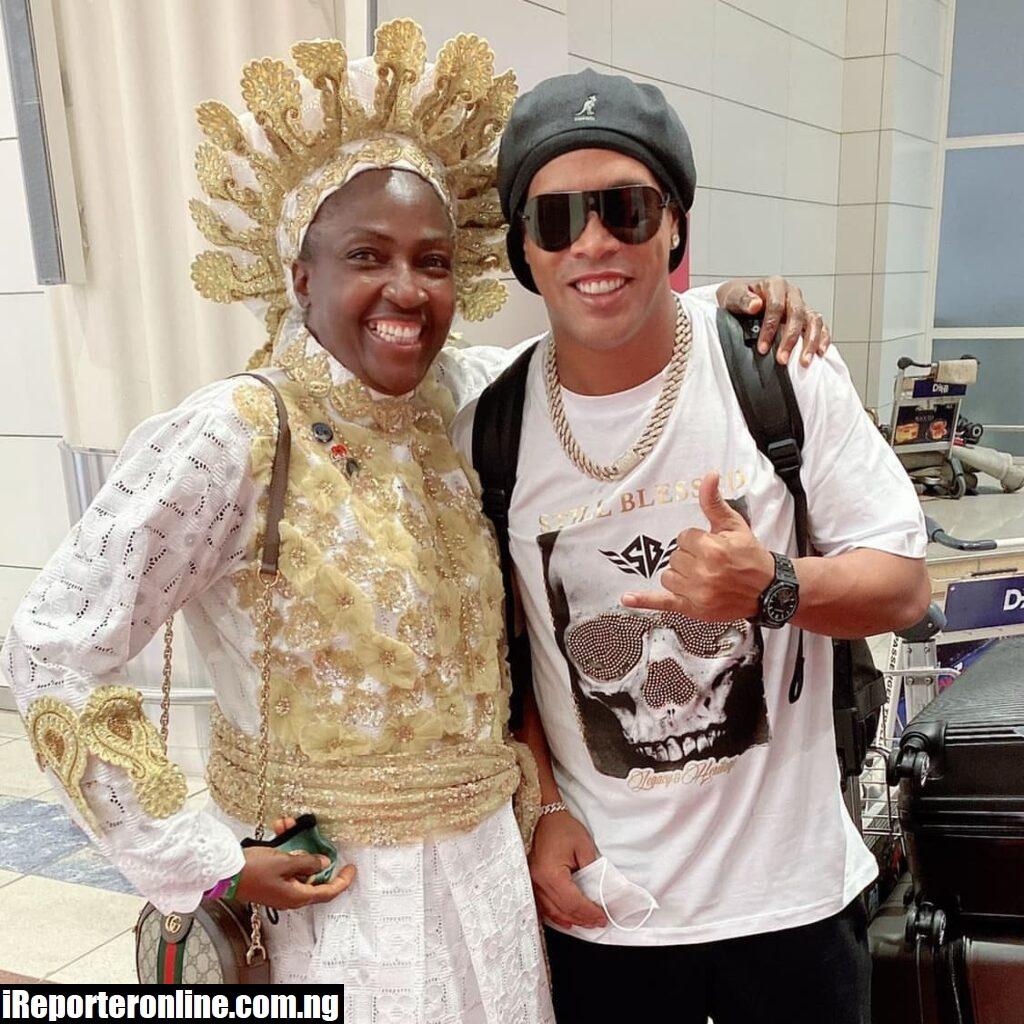 Famous Nigerian prophetess, Esther Ajayi, has taken to social media to share a picture of herself with Brazilian legend Ronaldinho.

The clergywoman and philanthropist met the 2005 Ballon d’Or winner somewhere in Dubai on Wednesday, November 24.

The widely-travelled woman and her team took photos with the football icon. The photos were posted on Instagram by the church with the caption, “Where Spirituality meets Football.”

Commenting on Ronaldinho, the church said, “Considered one of the best players of his generation and regarded by many as one of the greatest of all time, Ronaldinho won two FIFA World Player of the Year awards and a Ballon d’Or. A global icon of the sport.”

Popularly called Iya Adura, Ajayi is in Dubai for the FIN women Africa-UAE trade and investment forum which began on Monday, November 22. The forum will ended on Wednesday, November 24.

She is the founder of C & S (Iya Adura) London’s Love of Christ Generation Church. Through her ministry and humanitarian foundation, she has touched and changed many lives.