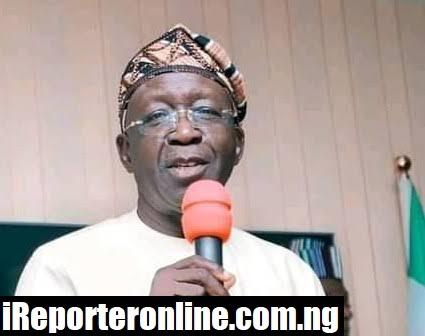 A PDP stakeholder in Edo State, Elempe Dele, has congratulated Ayu’s led PDP National Working Committee, NWC, on its decisions concerning Ekiti State Governorship Election after meeting in Abuja some few days ago. Elempe praised the body for standing firmly and upholding the constitution of the party in its decision and further advised that the decision on retaining existing Excos in Ekiti State should be made applicable to all duly elected Excos in all the states of the federation. His message, which was personally signed by him, was made available to our Abuja correspondent; 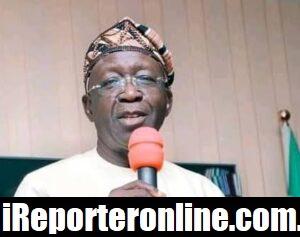 “The resolutions of the Ayu’s led PDP National Working Committee, NEC, meeting in Abuja some few days ago specifically on the Ekiti State Governorship Election 2022 must be applauded by all well-meaning members of the Party as these first major decisions if made applicable and upheld in other states of the federation will help instill discipline in the Party. The NWC must remain resolute on these decisions as to allow those executive members duly elected in states serve their terms out in line with the Party’s Constitution. It is germaine to note that the Party’s extant laws must be protected and applied in all situations appropriately as the NWC has decided on the Ekiti State issue. I strongly believe the PDP NWC has started on the right footing and will see exodus of people from other parties that cannot guarantee their rights into the PDP’s large umbrella where their rights as members would be protected.

“Some of the reasons why the country is faced with seemingly insurmountable crisis today is the flagrant abuse of power, lack of respect for the rule of law and laid down regulations, and dictatorial tendencies of those in power. Coming down to party politics, these types of impunities in the past had seen members leave political parties in droves especially when they feel they have been injustly dealt with against the dictates of the constitution of the party every member had sworn to uphold. And in most cases, these spiral to chaos and lose of members to other parties, dwindling their fortunes.

“In party politics, leadership is defined as the amount of influence an individual have on certain members of the party, and this is maintained by ‘willing’ followership. Without followership, there is no leadership. A leader in a political party must first be one that is ready and willing to make sacrifices on behalf of his followers and then take responsibilities by being the custodian of the Party’s VALUES and CONSTITUTION. The leader must be an individual that is willing, without being urged, to protect every letter of the constitution against abuse. The leader must see every single member within his sphere of influence as his own and be on good working relationship with as much members of the party as possible. He must not be one who will be encouraging insubordination, impunity, indiscipline and anti-party activities that is capable of bringing down the party. This is so because when the leader or leaders of the party don’t honour laid down rules, regulations and the Party’s Constitution, but is bent on divisiveness and segregation of members under his fold, the followers will have no choice to be disobedient and this will lead to chaos and widespread anti-party activities.

“From the decisions of the NWC on the issues affecting Ekiti State, I am sure PDP will be fully returned to power in the state.

“The decisions of the NWC must therefore be encouraged and replicated in all states for the party to be able to continue to win elections. Governors and party chairmen who wish to enjoy that leadership nomenclature must take a cue from the NWC and what it has done to instill discipline by asking members to uphold the tenets of the constitution to the latter. And the NWC must not shy away from wielding the big stick of discipline if some of these leaders continue to toe the path of gross indiscipline and impunity at any level within the Party. Every member, no matter how highly placed, must play by the rules.

“It is to this end that congratulate the NWC on its decision for rejecting the illegal so-called harmonization of various Excos in Ekiti State. I commend their timely intervention because it is in line with the Party’s relevant laws and rules, which some leaders within the corridors of power in the party had wanted to hammer into destruction. It is noteworthy that the NWC was not expected to come out on the Ekiti State issue with anything less than it has done because of the trust on its shoulders. Yes, it was not expected to come out with any decision that runs contrary or against the constitution and rules of the Party, which would have meant the expedient promotion of illegalities. I would have been the first to condemn with the most lacerating language available to me and in totality if the NWC had decided otherwise. Your fair and just decisions gave me satisfactory pleasure that at the end of the day, the truth was made to take precedence over other considerations.

“Congratulations once more on this just feat and many more I am confident will come.”

Date The Sun Will Completely Burn Out Revealed, See What Will Happen