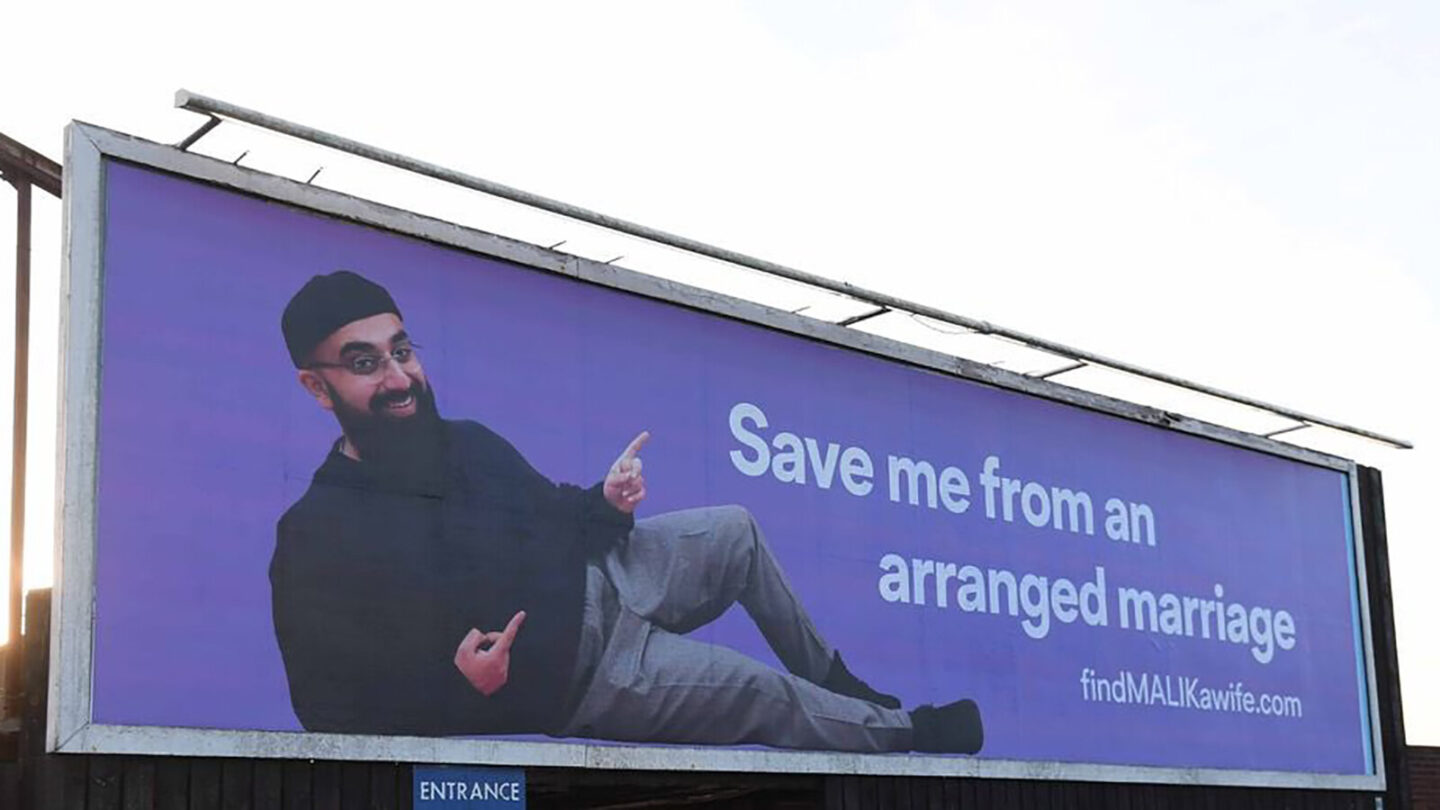 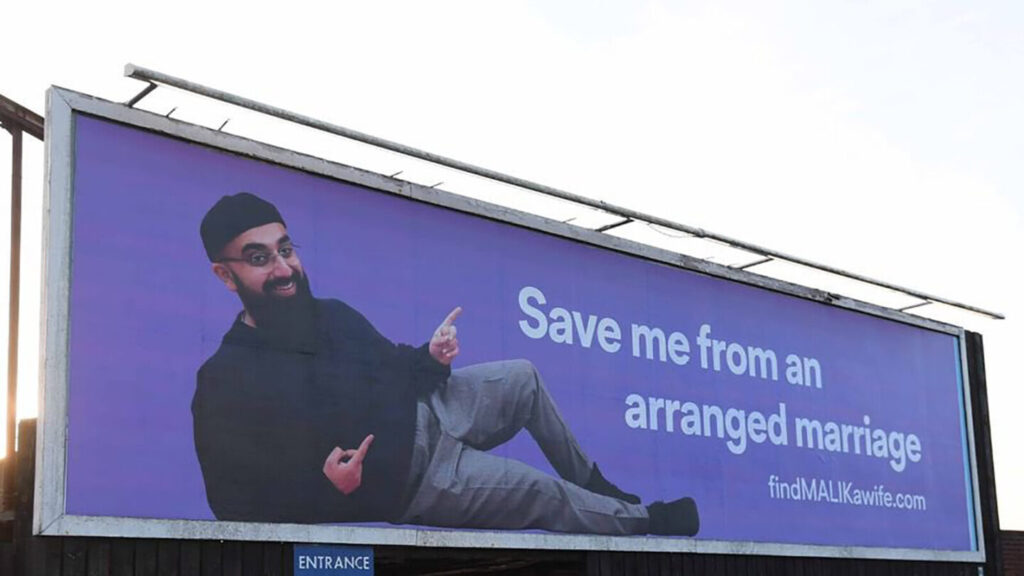 A keen bachelor has resorted to advertising himself on billboards in his search for a loving wife.

29-year-old Mohammad Malik has bought up several huge advertising hoardings around Birmingham, emblazoned with photos of himself, after several failed attempts at finding romance.

He has also set up a website – Findmailkawife.com – with more information for any interested ladies, reports Birmingham Live.

One of the billboards can be spotted on the A34 near the Perry Barr Greyhound Track. It features a 20ft photo of him lying down with a cheeky grin whilst joking: “Save me from an arranged marriage.”

Mohammad, a Muslim who works as an innovation consultant and entrepreneur, also features on billboards on Golden Hillock Road and Hockley Circus.

He is from London originally but calls Birmingham his “second home” thanks to the “top quality food spots in the city centre, bustling Alum Rock [and] the incredible mosques”.

“I just haven’t found the right girl yet. It’s tough out there,” said Mohammad, who describes himself as slim and 5ft 8ins tall.

“I had to get a billboard to get seen.

“My ideal partner would be a Muslim woman in her 20s, who’s striving to better her deen.

“I’m open to any ethnicity but I’ve got a loud Punjabi family – so you’d need to keep with the bants.

“Always personality and faith over anything else.

“P.S I’m an only child and look after my mom and dad. If this is a deal-breaker I don’t think it’ll work out.”

He added: “I’m a creative, love doing the most random and absurd – but 100% halal of course – things.

“I’m hoping to find the one. It’s early days but responses thus far have been in the double digits – keep them coming.”

Given the extreme measures he has taken, Mohammad was keen to stress his search for love was genuine.

He also noted that he is not against arranged marriages.

“I just want to try and find someone on my own first.”

He says he has already had a huge response to his wife-search adverts – with a “double digit” number of replies.