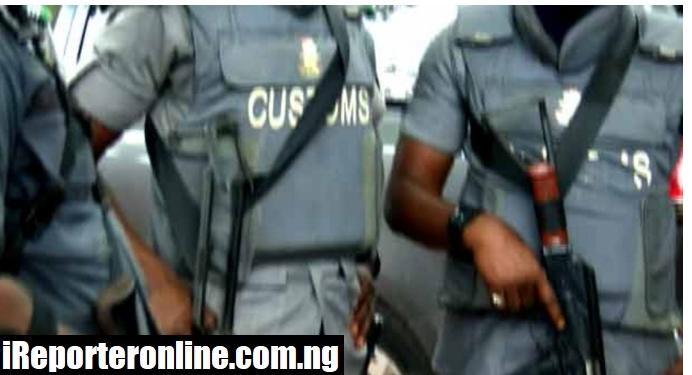 Auwal Sani, a 35-year-old man, was reportedly shot in the leg on Friday by an official of the Nigeria Customs Service at Fadi Gurje village, Mani Local Government Area of Katsina State.

Residents said some customs men stormed the village in a patrol vehicle and started shooting into the air, for unknown reasons. It was learnt that a bullet hit Sani in the leg in the process.

The officials reportedly fled during the commotion that followed the incident. The police were said to have intervened and restored normalcy to the area.

The spokesman for the state police command, SP Gambo Isah, confirmed the incident to our correspondent.

He said, “Report reaching my desk reveals that some Nigeria Custom Service officials inside a patrol vehicle stormed Fadi Gurje village, Mani LGA of Katsina State, fired several shots into the air and escaped to an unknown destination.

“Consequently, one Auwal Sani, 35, of the same address was shot on the leg. The victim was rushed to the Orthopedic Hospital, Katsina, for treatment. Efforts are ongoing to identify the erring officers and bring them to justice.

“The Commissioner of Police, Katsina State, has called for calm in the affected community and enjoins them to go about their lawful business as the police are working closely with the Nigeria Customs Service’s leadership with a view to resolving the problem and bringing the perpetrators to book.”

The NCS Spokesman in Katsina, Danbaba Isah, had yet to react to a message sent to his mobile by our correspondent on the incident as of the time of filing this report.