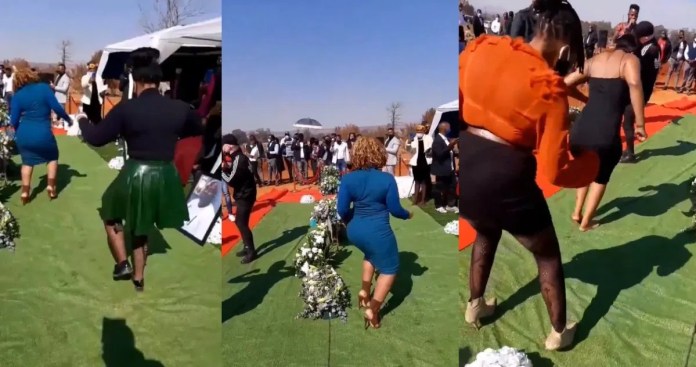 A funeral ceremony turned into a booty shaking competition after bootylicious women, who were dressed like they were going for a night party, engaged in a dancing competition.

Rocking tight dresses that flaunted their massive behinds, the women left little to imagine as they shook their massive derrieres.

Perhaps they were celebrating a life well lived by the deceased, who is said to be an influential member of the society and instead of mourning, they turned the burial into a carnival.