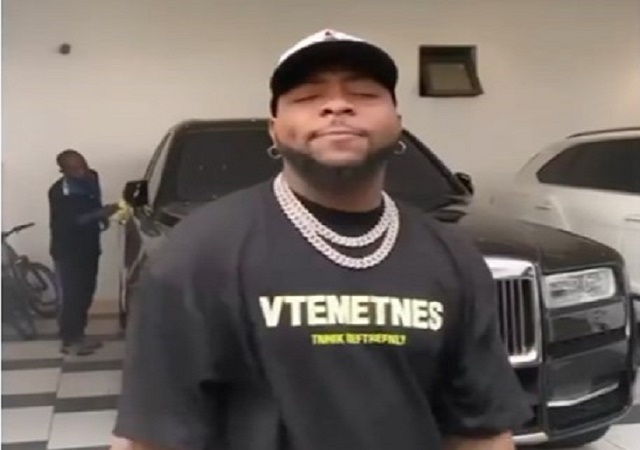 An excited barber is currently trending on social media because he had the chance to give a haircut to superstar singer, David Adeleke popularly known as Davido.

The man who is a fan of the singer expressed joy over the opportunity by saying that the year started so good for him.

Sharing a photo of him and Davido at his barbing salon, the barber also revealed that the FEM crooner is his idol.

The fan with handle @fynboyzee wrote;

”The year started so good already, gave my idol a haircut today @davido”

Meanwhile, Sensational singer, Davido Adeleke, faced a challenging situation when a baby pangolin was placed on his shoulder during a campaign for wild animals.

During an event organized by a non-profit organization against animal extinction, Wild Aid, the singer who is the front of the event had to demonstrate love for animals by holding one.

A baby pangolin was placed on Davido’s shoulders, unfortunately, the singer chickened out by letting out a scream for help to have the animal taken off.

Also at the event was the popular skit maker, Emmanuella, who alongside others laughed at Davido for not being able to keep it together.