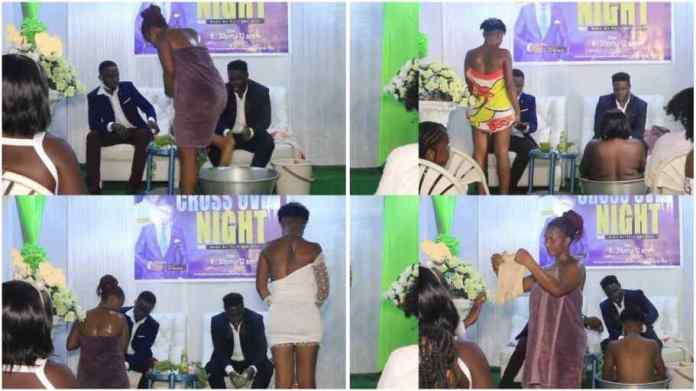 In the 8 mins 37sec video, the Pαstor was seen asking his church members to hurry up and come for the “holy bath” after which church members stripped ŋαkєd to be washed in a basin.

After the washing, the female members were seen tying towels while being rubbed holy oil by another Pastor.

The pastor claimed that he got the directive from above and knows it might cause controversy even though he has no option other than to obey the spirit.

According to reports, the supposed man of God engaged in the ritual to cleanse his church members so they will be “holy and pure”